While his background is peppered with the intensities of BRIT School induction at age 16, securing a manager and addressing conflicting opinions in the world of music, his perspective on his trajectory takes a relaxed, refreshing stance. “Silence is very underrated in the world today," he tells me. "It’s not easy to do and it’s not encouraged, but there's so much noise which we're expected to contribute towards. Having space to think, to breathe and reflect is such a crucial part of my life.”

The arts, and with it, reflection, have been interwoven throughout his past, primarily through artistic family ties and growing up in Brighton’s creative pool, his mother working as an artist and his father a theatre director. In the run up to the completion of his debut record, he reflects on his path so far, diving into how he has learnt to process the turbulence and take life in his stride.

“In Brighton I never really fit in. All of the schools I went to were quite academic, so I was always this weirdo, hidden in the background playing guitar. I was always in my head, daydreaming” he admits. “Things [became] a bit messy and after a while I realised I was being pressured into an Ed Sheeran Mk II box, which just wasn't me. It reached a real intensity and at the same time somebody quite close to me died, when I had this sudden wave of, I don't think this is the point of making music. For me, music is something that is really healing, and it's about communication. At that time, I wanted to feel the benefits of making music rather than writing a radio single. When everything you know about yourself comes from making music, [that idea] is a lot bigger than selling.”

“I am quite old fashioned in that sense and [all of my music] comes from me sitting down with my guitar. It's this case of living for the process rather than living for the outcome. There's no shame in that, but if you're only thinking about the outcome, every step is going to become a chore because you're not where you want to be. I got really locked into that for a while and I still do at times, because in music it’s hard to gauge where you’re at.” 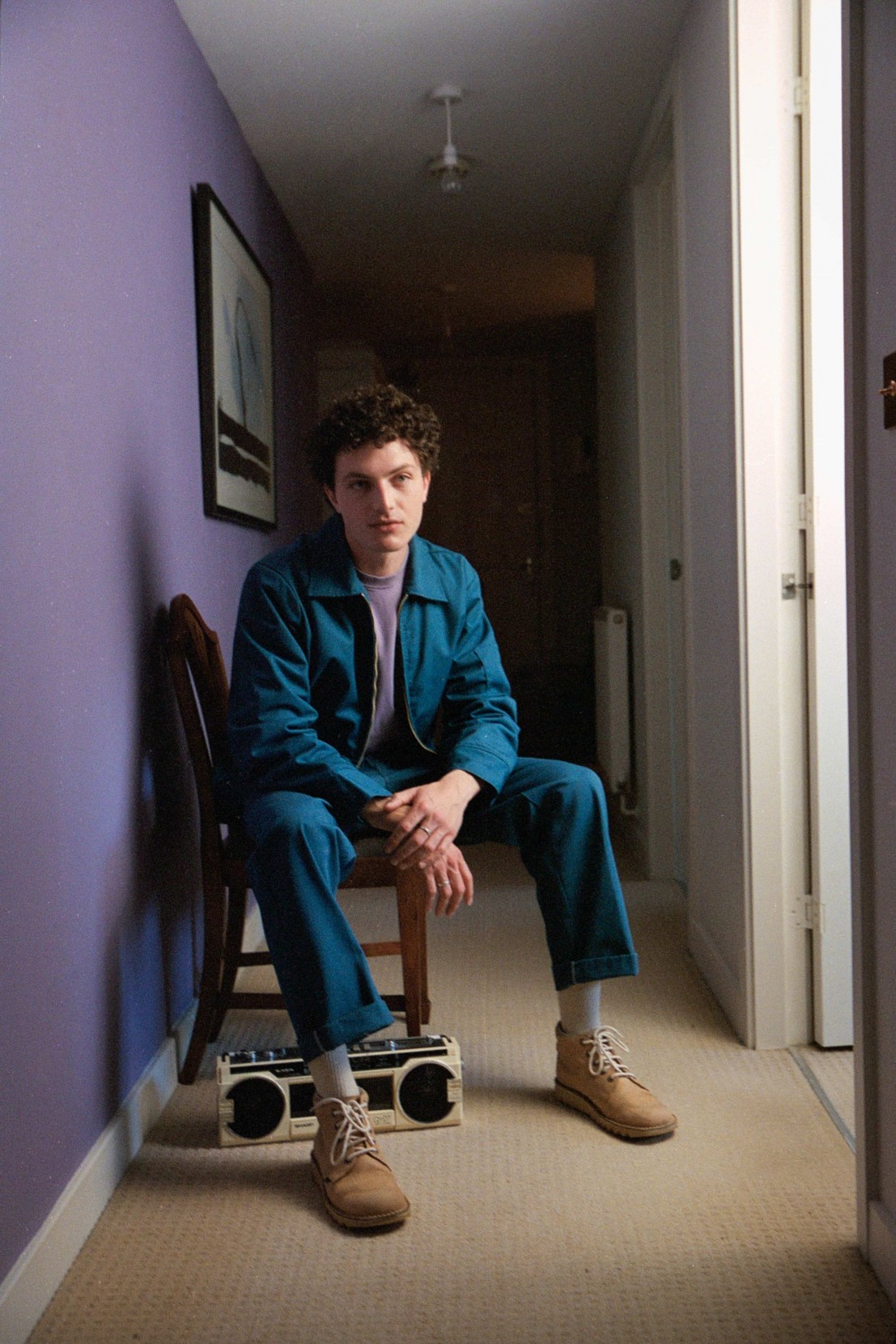 Reminiscing on his background in music and his education at BRITs, Pope considers whether the intensive course helped him to adapt for immediate entry into the music industry, or contributed to this conflict. “I think, weirdly, it probably didn't prepare me for music,” he admits. “All the [industry professionals] would [attend] all of the shows and my best mate and I landed managers when we were very young. To be honest, at 17 I'd only written about three songs before! It was a bit too much walking straight into the music industry. At a time when I didn't think I was ready for that, it would have been better if I'd waited and kept learning.”

Now, Pope feels, is the optimum time for him to pursue his career in music. Ultimately, this freedom of thought comes from his experience in finding catharsis in gardening, connecting with nature and becoming a part of an incessant cycle. “At that moment I took a break from music,” he tells me. “Someone was [working on] a garden over the road and I decided to ask them for a job. It became my saving grace and it just healed me. It still does too - that whole sense of nurturing nature. Trees and plants never stop growing and the job’s never really finished, but you're just chipping away and it's a really peaceful, beautiful thing. When I started gardening my creativity began to warm up again. It gives you the silence you need to get you back on track.”

In the chaos of producing his debut, Pope ensures that he can still find time for gardening and continues to do so to maintain his sense of inner-serenity and balance at such a frantic time. “Making music is very calming and that's 100% why I'm drawn to writing songs too,” he muses. “That quiet reflection is so important to me. This album discusses change and disconnect, and through music I can explore those different [elements]. Real human connection is really important to me too, whether it’s chatting in person or playing live.”

Ahead of his debut’s release, we discuss the impact of a post-pandemic world on the album. When we started my new manager told me and my producer JD. Reid that we had three weeks to produce the record. I didn't believe her, and here we are now, around three months in,” he laughs. “I do need deadlines, I'm really indecisive so I tend to get quite far into [a project] and then want to do it differently. [This record has] been a very nice process in many ways, with just my manager, Jordan and I. I listen to other people's opinions a lot and so I need to be careful who I play things to, because I need to form my own opinions of my music before anything else.”

An accumulation of songs from the past ten years, Pope’s debut is an amalgamation of snippets of his life which document experiences from age 16 to present day. While some of these songs have been in the pipeline for quite some time, there is a thematic cohesiveness to the record in terms of lyrical content, though it’s by no means a concept album, he tells me. “I haven't been in the right headspace to put [this] out for a long time,” Pope explains. “It's been a long journey. There are really clear commonalities that run through all the songs. But really, it feels like I'm looking back on all of my experiences. I discuss the idea of change, discussions of disconnect [as well as] my family, and I tend to ask a lot of questions in my lyrics, which is interesting because I have to step outside of myself and look at it to see that.”

“For me it feels like I’ve gone back in time,” he says of the record. Creating music solo comes with its challenges in achieving a full and rich sound, but this is an aspect that Pope is well-acquainted with. As a teenager, Pope explains that he spent a considerable amount of time performing in seedy bars in Brighton as duo Jack and Max. “A lot of musicality came from having to make a significant amount of noise on my own. I've always played guitar with a bass line. [As Jack and Max] we’d want to play a Strokes’ song and obviously there's only two of us, so I'd have to fit [all of the parts] into whatever I was doing. Musically I'm very comfortable with making that sound as full as it can be.”

The pandemic has revealed a considerable shift of people seeking a sense of nostalgia, whether it be through sound, physical objects or experiences. As a self-proclaimed old soul, our conversation discusses the impact of this on Pope, delving into his soulful sound as well as his personal associations with this movement. “I think comfort and calm are two things everyone’s needed for a long time now. I was talking to Guy Garvey about this, he played one of my songs and explained that that’s what it did for him at the time. Equally in lockdown, all I did was play classical guitar and listen to Bill Withers. That was basically the foundation of this album,” he laughs. “I think I'm still slightly in shock [that I’m making the record]. But it really has been such a beautiful thing, taking all of these old ideas and with Jordan, threading them together. It’s really taught me to love, and have faith in the process.”

Max Pope’s single "No Love (Mr Shady)" is out now