Maisie Peters has been penning observational lyrics and emotional hooks since she debuted three years ago. As she faces the tidal wave of 2020, the Brighton-born songwriter has realigned herself from unlucky-in-love to self-love and self-awareness.

“I’m obsessed with things that are embarrassing," Peters tells me from lockdown, curled on her sofa and talking at rapid-fire pace as she grins through my questioning. "I just think life is so embarrassing and it’s so funny. Sadness is also so embarrassing. There’s a Sky Ferreira song called ‘Everything is Embarrassing’ and I just think ‘why did I not write that song?'”

I’m meeting with the 20-year-old Peters following her latest series of empowering singles, "The List" and "Sad Girl Summer"; and her ‘MP Book club’ which has gained an avid following and most recently featured Florence Given’s applauded feminist manifesto Women Don’t Owe You Pretty.

“I’ve followed her for a really long time so it’s really cool to see her ethos and manifesto compiled,” Peters says of Given. Women Don’t Owe You Pretty advertises itself as a guide on how to protect your energy, dump the toxic man, challenge the patriarchy and face some uncomfortable truths. Although the book didn’t need further reach given her existing 500K Instagram followers and label of Cosmopolitan’s Influencer of the Year 2019, Peter’s choice still bolsters the safe, informative and empowering space both her music and her book club enable.

“I care that if you are a fan of mine, you follow me, or are interested in my music, I don’t make you feel worse about yourself. I don’t want people to come and listen to Maisie Peters and be like ‘wow how does she look like that, our lives are so dissimilar.’ Because they’re actually not, and I don’t want to pedal something that is literally incorrect. Like, I sit in my bedroom and I eat pasta and I watch Grey’s Anatomy. I don’t want people to have this expectation or image or me as this far flung song writing superstar because its actually untrue.”

So, the almost anti-pop-star-Taylor-Swift ideology of untouchability, cult like girl groups and sacrosanct talent? “To quote Florence Given here, does she have this image, or has she never attempted that and we just project that image upon her?” Peters grins, easily sassy. “I think it’s a female thing as well. I can name ten male artists who are amazing and write songs that make everyone feel understood and like the singer is attainable. But female artists – and I’m not saying this as a blanket rule, obviously there’s nuance to it – but there is more of an emphasis on having this pop star image. I think that’s something that’s developed in society and in the music industry; but I’m therefore always keen to convey in my music that I’m a multifaceted person and it’s not fair on women and female artists to be like ‘you are the pop person so you need to be that all time and wear a certain thing all the time and sing about a certain thing all the time.’ I don’t think that’s an accurate portrayal of women.” She says all this without pausing. 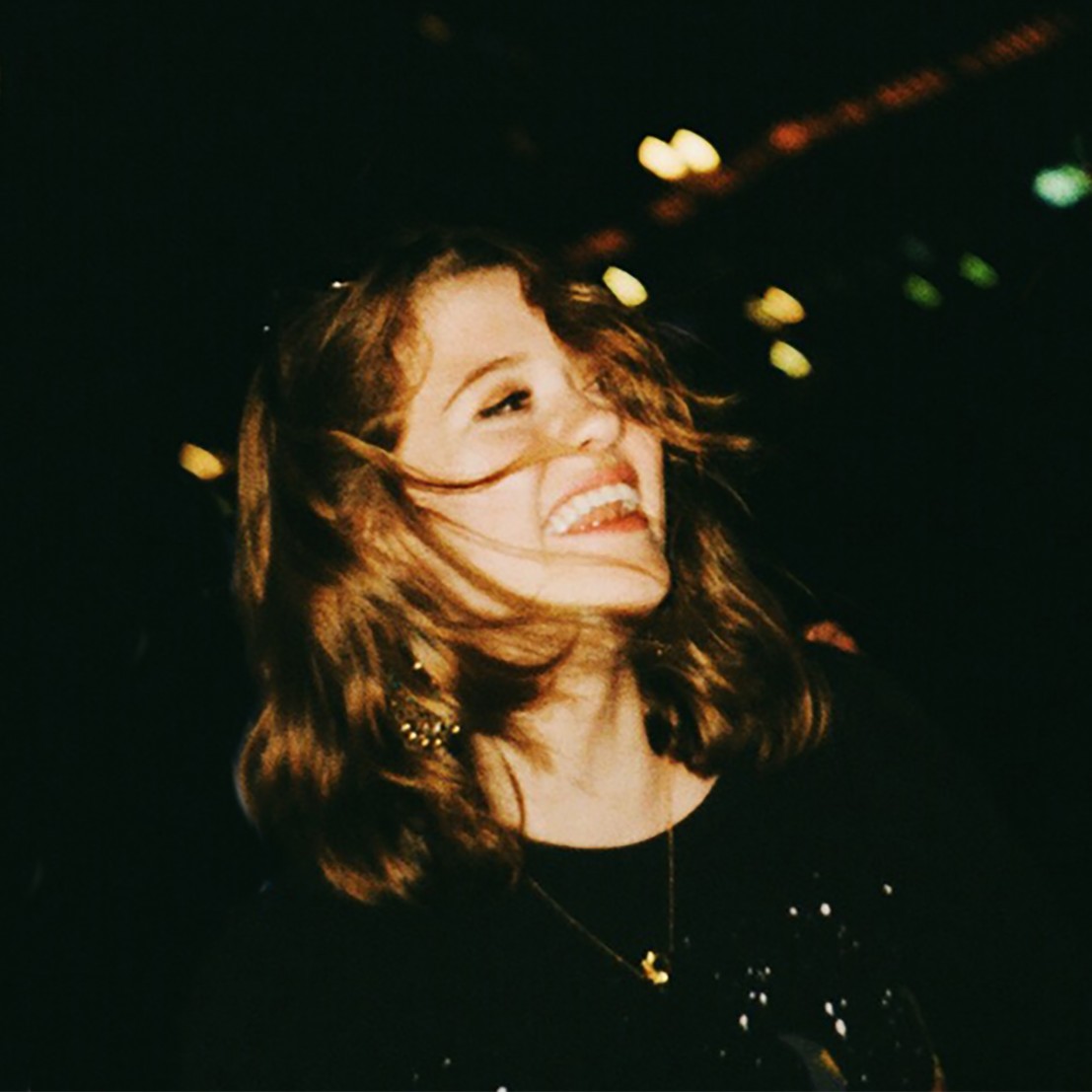 But how does one combat the projected idea that Peters is a song-writing superstar when it seems so fathomable? “I try to say to people, that I don’t have this secret god given power, I’ve just done song writing for a long time, and I love it, and I’ve found my own world in it," she explains. "But anyone can write a song or sing a song. When people message me for advice, I just say ‘do it! Write a song and sing it and post it!’ I want people to follow me and feel inspired, but also seen and understood.”

Peters naturally embodies a lot of the qualities that Given encourages in strong women: authenticity, removing pedestals and comparison, unity in community, and accountability. Which chapters of Given's book did Peters find most illuminating? She flips through a copy of the pink and yellow splashed hardcover and tells me that while she connected to “Accountability”, “To Date or Not to Date” and “Stop Putting People on a Pedestal”, her own character is already a powerhouse of the promoted attributes.

“I don’t think any of it made me completely reconsider my own character because I think a lot of my own character traits inherently protect me from doing a lot of the things that she talks about doing," she tells me. "I think I’m relatively reserved and introverted in the sense that I’m very happy to spend time on my own. So, I think that’s made me inherently protective of my own energy and time. I think a lot of the chapters where she talks about boundaries and not letting people into your life who aren’t going to respect that, I’ve inadvertently done just by being a person who would rather be on her own than with someone who won’t let me be.”

This brings us to previous single “The List,” which lists all the ways Peters picks herself apart and is an anthem for poster-girl low self-esteem. Peters didn’t set out to write that song, and despite writing emotional tracks, she's more emotionally reserved and collected than an oversharer. Writing “The List”, she found that she was finally facing both her issues and her song writing head on. “I’m the sort of person who will neatly box up all my issues and put labels on them so that I feel like I’ve dealt with them, but I haven’t," she explains. “The song head on addressed a lot of things for me. I’m quite good at poeticising – I love lyrics and language – but in this song I think I say it straightest which I think is necessary sometimes, because I tend to hide behind metaphor and pretty lines which isn’t exactly how it happened, but it sounds really nice.”

“I’m the sort of person who will neatly box up all my issues and put labels on them so that I feel like I’ve dealt with them, but I haven’t.”

“In our first book club book, Exciting Times, there’s a part where Enid says to Ava, 'you want to be special, but you can’t be special in a good way so you’re special in a bad way,'" she tells me. "That really resonated with me. My issues are classic things that everybody has to deal with like body image, not confronting things head on, not wanting to address issues and ignoring them; all these things that are really normal but I, in my mind palace feel like ‘oh that’s not normal’ when it is.”

"The List" concludes with the poignant line, “I’ll try something that I’ve not before / And like myself a little more,” which transforms the single's message of self-love from critical to hopeful. Is this important for Peters? “I think it’s become important to me having released the song," she answers. "We didn’t write originally write that last lyric. But then I sent it to a few people, and they came back and said ‘I feel like you haven’t really ended it. You need a twist of the knife lyric.’ They referenced ‘Fix You’ like you need your ‘and I will try to fix you.’ So, then we went back and wrote that lyric instead, which actually changes the song quite dramatically. It gives the song a lift at the end where before it was just about ‘I need to stop all these things because I hate myself.’”

What about “I know I call you / but I hate the sound of my own voice”, and the juxtaposing “I should shut up and listen not try to fill every silence? “It’s those moments where you feel like everything you say is annoying and irritating and wrong, but also you want to talk to somebody," she says. "It’s the catch 22 where you hate yourself, but you want everyone else to like you. I think as a section it takes you out of the quite universal brand-ness of the chorus which feels very anthemic and all of us, and takes it into a smaller moment where it reminds whoever is singing it – be it me or someone singing to themselves –that a lot of this stuff is very small and quite embarrassing.

“Writing songs about your own life actually is deeply annoying and deeply embarrassing – which all goes back to the same thing! I’ve written some songs which will come out at some point about things that I no longer feel or saying things about people which are no longer true. And you can’t do anything about that, ultimately, you just have to accept that that’s how it works.”

Peter’s music videos emphasize her enjoyment in the absurdity of life and her tongue-in-cheek approach to love, satirising our ridiculous externalisations and chaotic internal experiences to a 50s chic aesthetic. On her second EP single “Adore You”, Peters serenades a mannequin man, eventually growing dissatisfied with her protégée boyfriend and discarding him with the rubbish; the closing scene sees her spot an advertisement for an upgraded replacement. On “This Is On You” the pint-sized celebrity wanders through a night club as farcical characters attempt glamor, while on “Sad Girl Summer,” - filmed during lockdown - Peters and her cohort are captured at home, all pretences removed as they facemask, slurp noodles and dress up to go nowhere.

“Sad Girl Summer” tells the story of a gang of divorced and dumped down-and-out women as they empower each other and continues Peters' narrative of letting go of people and things that aren’t worth your time. “As much as I just said I’m good at not letting people into my space and across my boundaries, that’s not a tried and tested, fool proof mechanism and some people slip through the cracks occasionally,” she laughs, not unsettled by this. “Again, everything is embarrassing. People will hurt you and that is bad, but everyone has like five more people who they can speed dial call who will love them and think they’re so funny and the best thing ever, so the song for me is about reminding yourself that you have so many more people than you realise who are so much more worth your time.

“That’s the thing that I’ve realised in the past few months, so it’s nice that it has taken on that for me. I want people to realise that you don’t need to chase approval or attention from somebody when you have like five people who will freely give it to you, so why are you chasing it from one people? There are tens of others of people who love you and want to talk to you. That’s very Florence given.”

Sad Girl Summer is out now via Atlantic Records