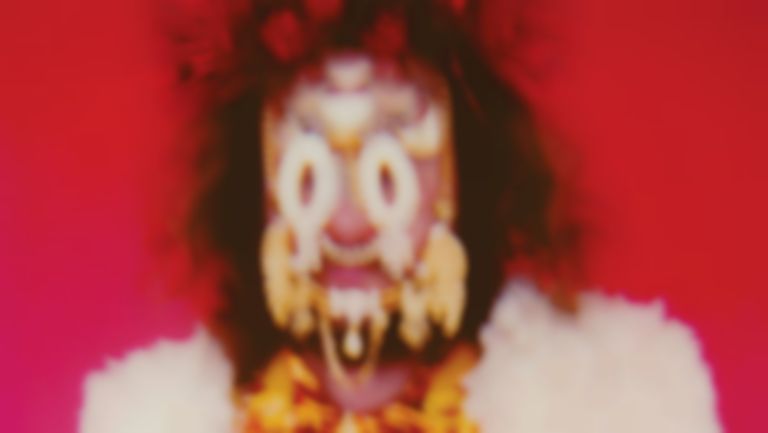 Jim James released his overtly political solo record Eternally Even earlier this month. We catch up with the My Morning Jacket frontman to find out what he thinks of modern America.

How did the new album come come together?

It came together in a lot of ways. Musically it came together from lost film scores I had done with Brian Reitzell six/seven years ago that were never used because we were fired from films we were trying to score, but we loved the music we made and wanted to do something with it. Then one day this instrumental music came up on shuffle and voices and lyrics and melodies started popping into my head and the album started to become something real.

There were also a few songs that I sampled pieces of - like Eric Johnson's "Minor Miracles" for "Here In Spirit" and the Supreme Jubilees' "It'll All Be Over" for "The World's Smiling Now"... I had been listening to these loops I had created of these samples, but it wasnt until I had gotten into the film scoring stuff that words also started to pop out for these other pieces.

What do you think it sounds like? Is there a moment that stands out as particularly significant?

I think it sounds like midnight-6am. I feel pretty deeply about the whole thing and see it as a body of work that is supposed to be listened to as a piece... I don't set out to achieve anything specific anymore, other than to follow where the music leads me and what is in my heart. 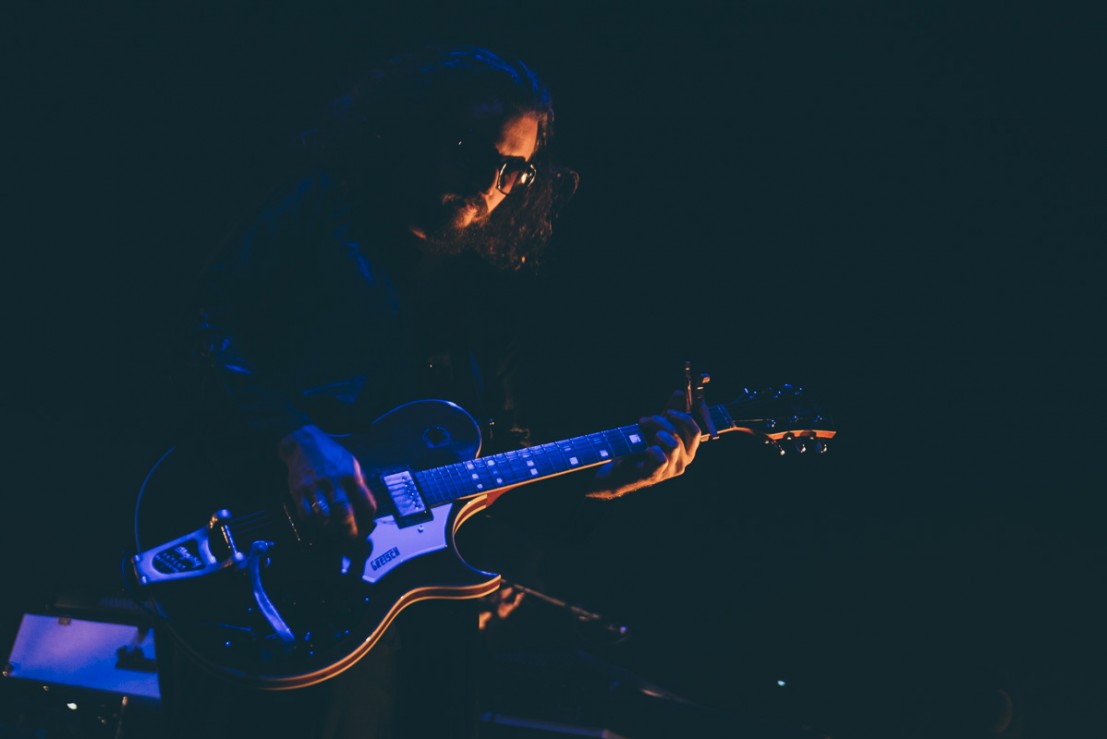 How much attention do you pay to the news?

It's a fine line 'cause you have to stay informed but so much of our mainstream media is bought and sold bullshit, and there is so much fake news now... people getting their news from social media and you dont know what is fake or real. It is insane and it's so divided - you only watch the news that is catered to your existing beliefs which is INSANE and only further separates us. I feel like even trustworthy news outlets like The New York Times etc. are to blame for this election because of falsely optimistic polling that caused some people to not vote because they thought Hillary had it in the bag.

I think any news media outlet that ever gave the President-Elect any attention should be ashamed. You do not respond to bullies by giving them more attention and feeding their fire. He should have received no coverage at all - but greed takes over and the media knows they can make big money off him so the entire world has to suffer now because of their greed.

Luckily there are news outlets like PBS here in the states and BBC... but it's getting harder and harder to really get unbiased trustworthy news. I feel like most of the truth one can find here in the states comes from our comedians like John Oliver and The Onion and Bill Maher.

You mentioned before the album was released about it being about the issues of today, and specifically you asked a few questions: "are we going to make it?  Are we going to figure it out and fix it before it's too late? Can we ever truly open our hearts and embrace love in all its beautiful forms?" You said then that you think it's possible and you have hope in humanity - is this still the case?

Yes I still have hope. I was at a peace rally today at Adam Yauch Park in NYC and it was beautiful to see so many people come together to say that we believe in peace and equality and we are going to stand up for it. I really believe there are so many more good people on this Earth than there are troubled racist hateful souls - but it's gonna take all of the good people standing up and showing up and getting behind each other and good causes to make real and lasting progress happen.

It's going to take a lot of forgiveness too.

What do you think is the biggest problem facing Western society in 2016?

Our broken media. Our broken political system. Capitalism. The internet and the way it has made the world more cruel because people can be mean to each other behind the safety of their computer screens. I think we are really seeing the dangers and true terror of what capitalism has done to people manifest in the current climate where the ultimate symbol of ego and greed and internet trolling has been elected as our President. Capitalism teaches people to be greedy and not take care of others, or care what happens to others - and that is exactly what we are seeing now in a big way. But it comes back around to people speaking up for each other and looking out for each other when the system fails, and saying 'we believe there is a better way'.

I am no political expert and do not pretend to have all the answers. I just want to be a part of the conversation towards peace love and equality.

Do you think humanity can overcome these issues?

I think we really need to start talking to each other, sitting down face to face as people and talking with people who voted differently than us or come from different walks of life... by sitting down you see face to face how much more ALIKE we all are rather than the divide and conquer techniques that have been working so well to screw us all over for so long. 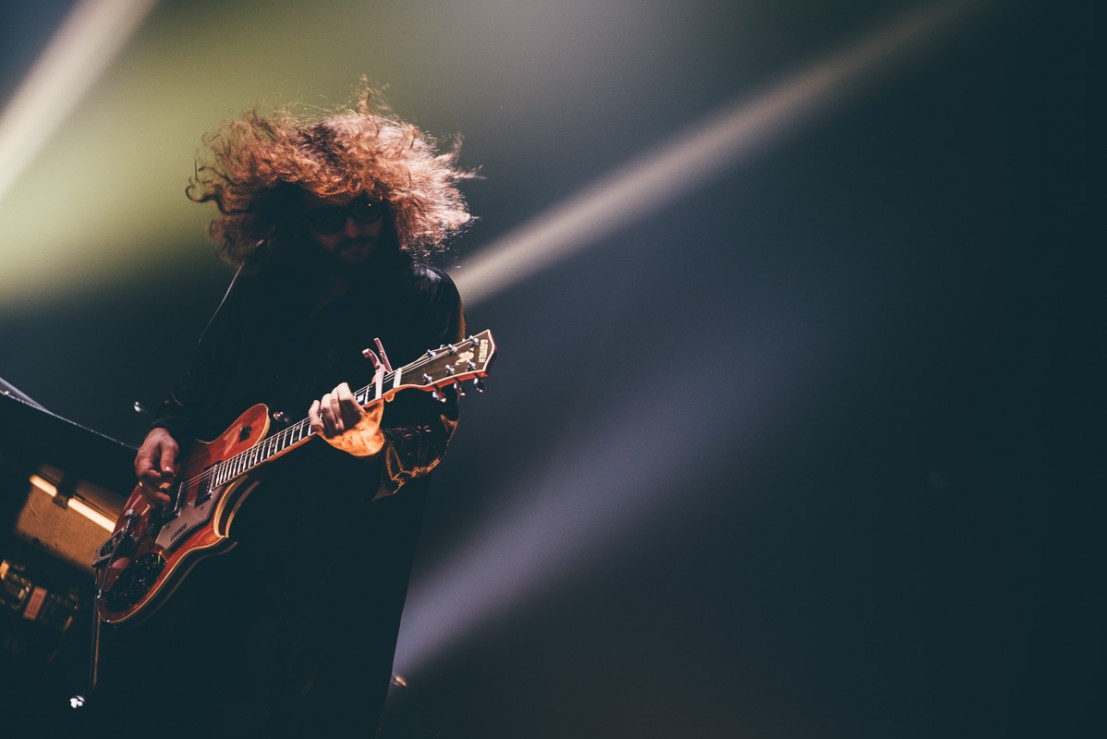 Have your feelings towards your record changed since the election?

Well obviously I hoped I would be playing this album in a different climate - one of a hopeful future for all instead of one filled with fear and dread. But one thing we are seeing is that challenges make people stronger and bring people together. I think we are going to see a lot of new alliances formed and new friendships made, and lots of folks realizing that this is a turning point and that it is more important for us to stand up for and with each other and take care of each other than to just ruthlessly try to make as much money as you can.

I also hope and pray that if things get really bad here and turn into some sort of sick dictatorship or fascist regime that other countries will help and stand up for those of us here in the US who believe in equality and justice and liberty for all and who do not want and did not vote for Trump as our President. Those of us who believe the US is a nation of immigrants and that all should be welcome and loved and treated as equals. I pray that other countries will forgive and have mercy on us so that we can all live together in harmony the way we are supposed to the way I know we can.

Playing the record in some ways feels good because it is a way to work through my anger about the current state of things, and it feels good when people show up and sing along. I hope that it is a good vehicle to peacefully work through some anger and sadness and move on to a better place.

How do you feel about the election as a whole?

It is a joke. The electoral college is a joke. Our system is a mess and there should be a different way - a legitimate three-party system or just some other way. Again, I am no expert, but it really seems like one vote should be one vote and that the people should elect the President. Hillary won the popular vote, so why is she not the president? It is insane and it is so sad. The greed and the lobbyists and the money spent and wasted on elections... so sad.

Meanwhile so many important things are ignored, like climate change... that alone is one of the scariest things of all - after this next administration continues to deny climate change because of greed, the Earth will continue to be destroyed and soon we will all have no place to even think about any of this stuff because we wont be able to live! It is insane! How did humanity get it all SO backwards? Greed.

How do you feel about Trump?

I feel very sorry for him. I wish he would go to therapy and deal with his issues and insecurities to become a better man and thus a better President. There are clearly so many outdated defense mechanisms he developed as a child because he still behaves like one. I wish he could go in and really address those and become a man who values honesty and equality. It is possible but I fear it is too late for him. I am done projecting hate of any kind towards him or anyone else.

Michelle Obama once said: "When they go low, we go high." I think we all need to remember that - everyone from both sides needs to be more open and kind and willing to listen. Truly listen and find common ground. Even in the face of violence and hatred, more of the same never helps. We all need to respond with as much peace and love as we can.

Eternally Even is out now. Get it on iTunes or Amazon.