A jewel in Motown Records' crown, songwriter to the stars Asiahn is now striding out on her own — and bringing her love of the orchestra with her.

Asiahn is only just beginning her day in LA, as mine comes to an end. But her inclusive energy holds us in an entirely real and tangible conversation. I’ve learned she’s allergic to bananas, hates tea, and loves to channel her inner Bob Ross. And alongside her career as a Grammy-nominated songwriter and nascent solo artist, she also voices the title character of Karma’s World on Netflix. It’s a wonder how someone can be so present in conversation yet alive in so many different forms.

“I was like that even in high school - I was a cheerleader and did marching bands, and I would get off the field from cheering, go grab my instrument, march in the band during halftime, and go back and finish cheering… I'm that person that just did a million different things.” 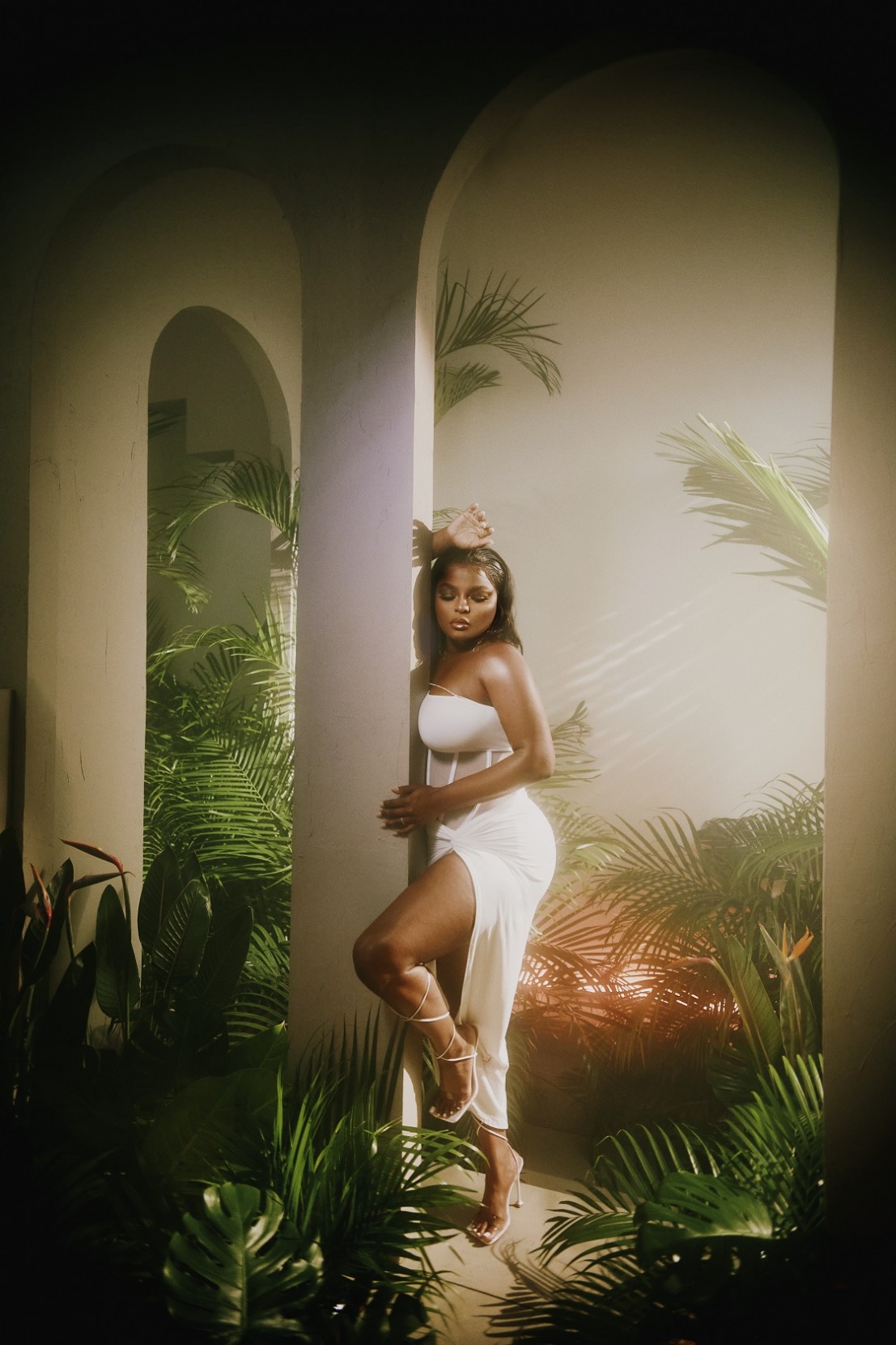 Asiahn’s debut EP The Interlude dropped on Motown Records earlier this year. It has echoes of the label’s founding artists in its sumptuous arrangements and classic songwriting - but Asiahn’s unabashed sensuality and deft use of trap pulls her sound into the future.

Singing for Asiahn started at the age of nine - not aimlessly in the bathroom, but projecting the national anthem at an NBA game. Signed with Sony by the age of fifteen, it’s hard to imagine the stages of natural teenage development in such a demanding environment. Could you be unapologetically yourself? “Absolutely not. At fifteen I couldn’t identify as lesbian. I didn't even know what that really meant, because nobody talked about it - it's very taboo in the African American community.”

And now? “People are a lot more accepting of people just being themselves because who I love doesn't harm you - it's universal. It doesn't have an orientation on it. And so when I make songs about love, as long as I'm being genuine about my real feelings, then I feel like it transcends orientation.”

Creating honest music is a necessity for Asiahn that expands further than personal projects. As a songwriter for the likes of Jennifer Lopez, Pitbull, Lil Wayne and Dr. Dre, she insists that the sound must come from a place of genuine experience. “When I write for other people, I tend to want to be with the person. Like I always ask, ‘Okay, I know, we just met, but we got to become besties real quick.’ Because I find that when I make a song that resonates with them, and they're actually going through it, the artist always performs it better. And then of course, the song does better because it's believable, it's organic. I feel like the songs that really matter and that touch people are the ones that matter to the artists themselves.”

But it’s not just in the meaning of words where Asiahn finds this honesty. Earlier this year, she released an orchestral version of her EP The Interlude, her sound gliding over invisible barriers, welding genres together. The performance is rooted in the groove of R&B, yet transcends the collective power of an orchestra. Through such genre-bending, we gain an insight into Asiahn’s world, where creativity should have no boundaries.

“I felt like it was important for me to show the orchestra in a different light, because a lot of Black kids don't have access to that, they don't know anything about that world. And so I wanted to find a way to introduce upright basses, violas and cellos and everything, to these kids who listen to my music - who otherwise wouldn't hear it. And, orchestra's just badass man, so are the bands. Shout out to all the bands and orchestra geeks out there cause we're really lit in real life!”

This importance of access and influence extends into Asiahn’s love for cartoons and her reasoning for becoming the role model she didn’t see on TV growing up. “I could have saved myself a lot of self-hate - hating my hair and not liking how dark I was, just because of societal things. I feel that cartoons are such a great way to reach children. It's important for girls to see themselves in a beautiful way and for them to feel championed because then they can grow up in the world feeling like they can do anything.” 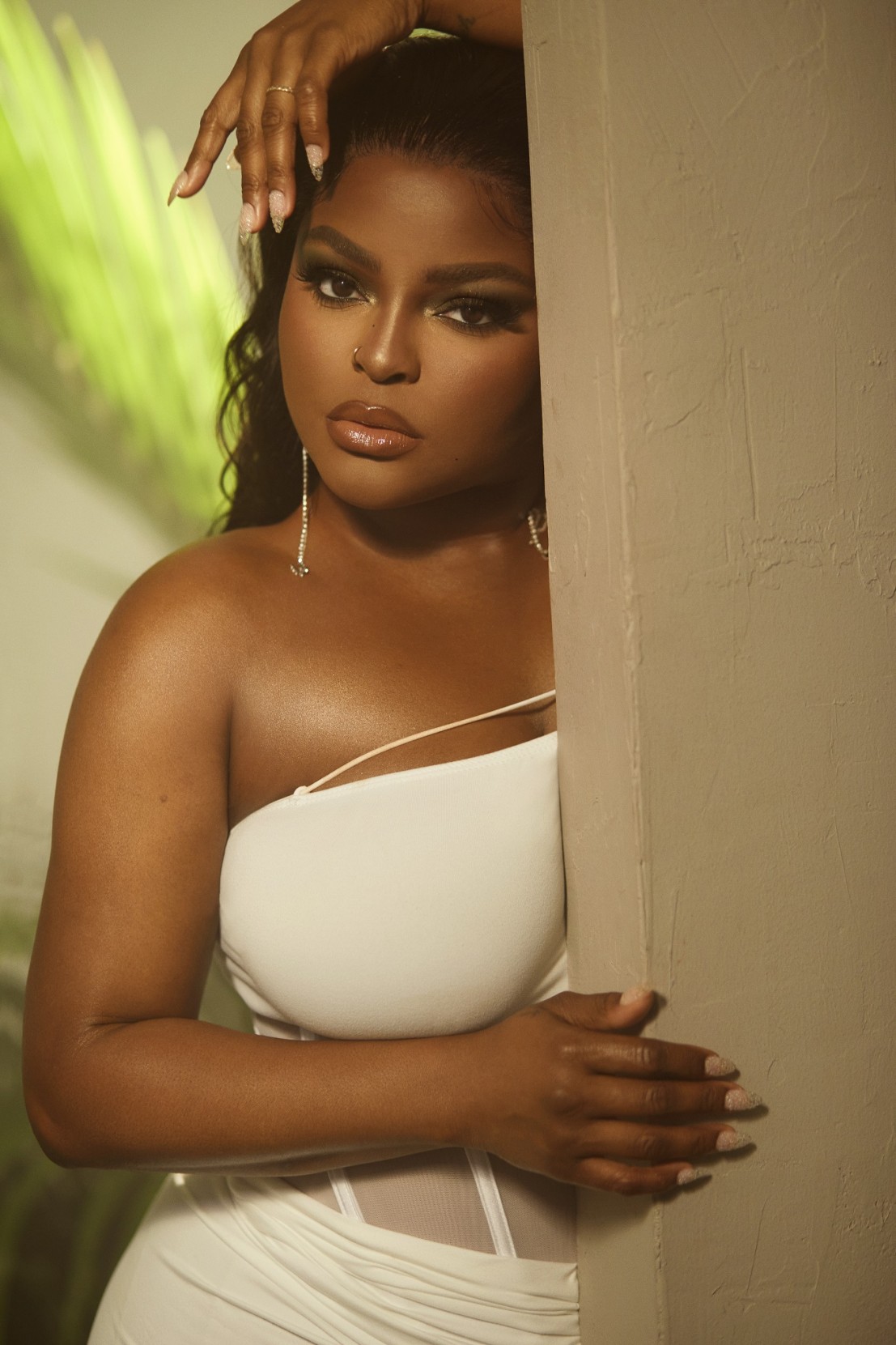 In Asiahn’s most recent track “We Can”, Eartha Kitt sprinkles her wisdom, asking ‘what are we compromising for?’. Speaking to Asiahn, it’s clear her words could empower even the most disempowered person. She projects an unapologetic aura that is infectious to be around and a humble wisdom you feel grateful to hear.

“I definitely learned this over time.I had to find my voice first, stand up for myself and my boundaries, and be unapologetic about them. I feel like as humans, we break a lot of promises to ourselves, but we will keep a promise to someone else. Because ‘word is our bond, and we don't break promises.’ But if it’s you promising that you're going to go to the gym at least three times out of the week, I promise you that promise will break. I have to treat myself the way I feel like I should be treated. Self-love is literally the best love because it transcends everything else and it also sets the tone for how things come in and love you.”

With every word, I feel we all need an Asiahn self-love book in our lives. She asks that any story starts with the unapologetic, empowered self. For the final chapter, I wonder, what truths has she come to realise about love? “You’ve got to love yourself first before you love someone else. You can't expect anyone to love you better than you love you. And love is such a complex thing, but it should always be unconditional.”

“I think that's the best thing about love - just to be able to exist and coexist with a person exactly how you are without wanting anything changed. I think if you're changing yourself, it should be for you and not for another person.” And if not? To quote one of her own singles, “Fall Back.”

Asiahn's new single "We Can" is out now.