Iceland Airwaves 20th year is marked by a change of ownership - with media distributor Sena buying the festival licence - and some big changes to the beloved showcase festival. Gabríel Benjamin reports from the first day of the Reykjavík-based event.

Before the festival proper started, Mammút performed a secretive set in a studio 45 minutes walking distance from downtown (pictured below), wedged in between a commercial sector and cluster of hotels. There, 20 or 30 guests are treated to an intimate show in a studio space created from an old diner and champagne club [another word for an illegal strip club and possibly brothel]. Performing in the dilapidated space, Mammút was joined by two performers dressed up as sex dolls, which awakened a lot of questions about the nature between artistic performance and commercial festivals. Whether that was Mammút’s intention or not is for them to answer, but it served as a very relaxed and comfortable start of the festival. 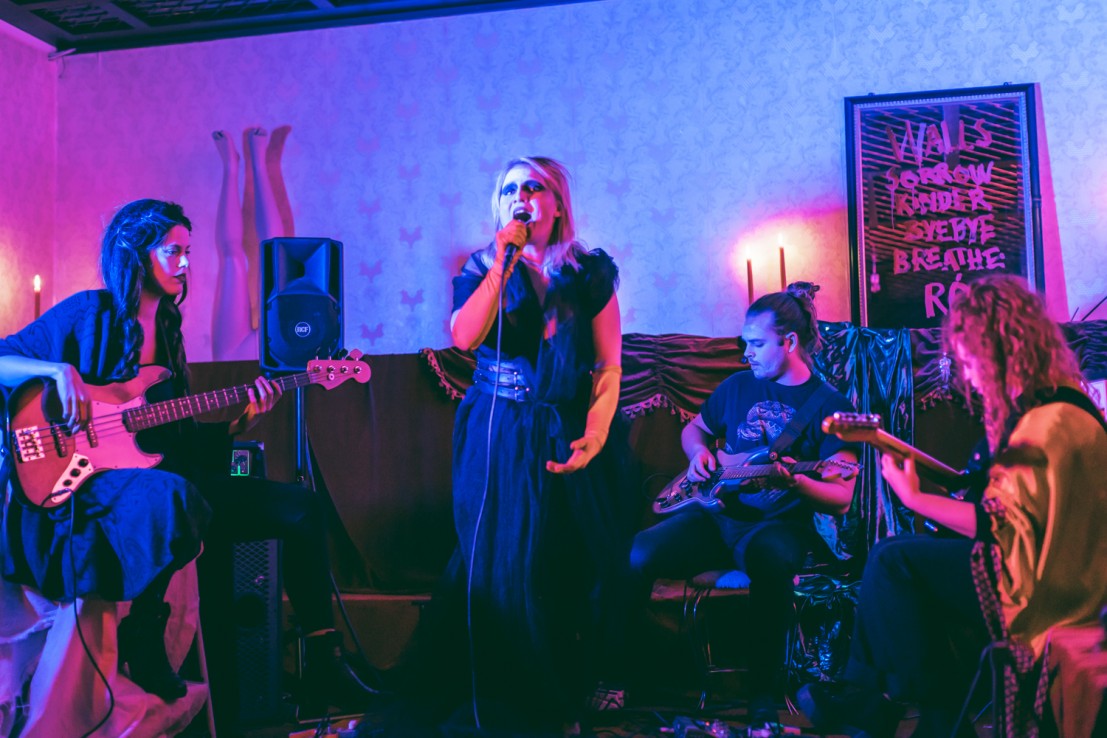 Over at Hafnarhúsið, GDRN earns plenty of wa-hoos from the young audience with her gentle auto-tuned electro pop. To the ears of a first-time listener, the lyrics seem to be about the importance of communication skills in matters of intimacy, expectations from others, and the feelings that arise from uncertainty. It is crowd pleasing, it’s soft, and it’s exactly how the festival proper needed to start.

On the way to see the rowdy Countess Malaise, I come upon a teen bragging to his friends about being a hustler and slinging dope, only to have to admit to his astonished friends that he couldn’t afford an actual festival wristband and leaving them at the door. Inside, the Countess goes from seductive and sleezy slow beat songs to angry and fast bangers, ending on one that lambasts the prevailing rape culture in society and tells its defenders to “get on your knees and suck my D!”

Sólveig Matthildur’s dramatic show is the first of the festival to draw a sizable crowd, filling Gaukurinn within minutes of her starting. Despite her newest song being called “Constantly loved”, Sólveig’s set is deeply depressing and filled with despair borne from a deep-founded loneliness. The one-woman-show is entirely supported by her solid delivery and well-defined soundscape that drowned out the idle chit-chat of festival goers that were showing signs of inebriation.

Special-K also played off of similar feelings with a bittersweet and self-deprecating list of songs about wanting more from life, wanting to get laid and be noticed, about profound loneliness in a hyper-connected information age. The show was absolutely packed to the rafters, and I found myself having to listen to half the show from Iðnó’s entrance. 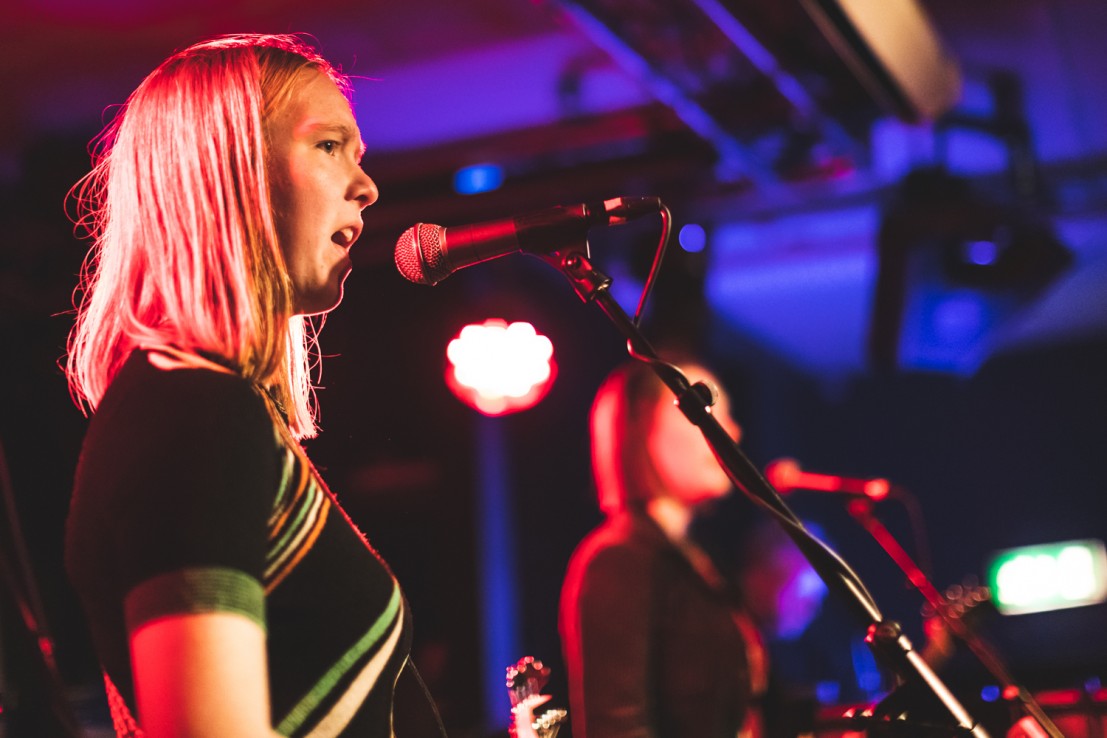 Over at Gaukurinn Ateria showcase the folk-goth that won them this year’s Músiktilraunir, Iceland’s annual battle of the bands competition. The youthful band was only formed at the end of last year, and they obviously have a ways to go and grow, but it is apparent that they’ve struck upon a gold vein with their aural concept. The music is very stripped back and minimalistic, with a deep and soothing voice transporting the audience to a mythical place. 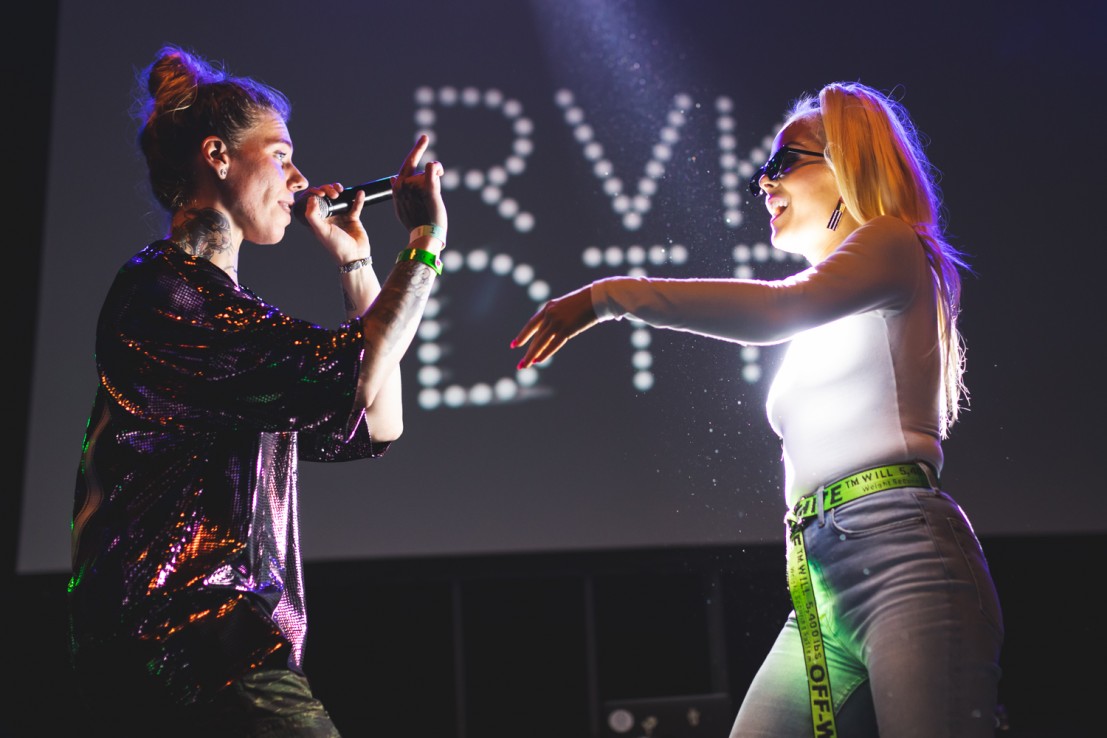 Back at Hafnarhúsið, Reykjavíkurdætur (or RVK DTR to the philistines - pictured above)) have further developed their stage performance. The collective (pictured above) has reduced their numbers down from 20+ to just eight performers on stage, while still delivering a sound that filled out the venue and was fully fleshed out. It’s a testament to how iconic and important this all-female rap outfit has become in Icelandic hip-hop how quickly they filled Airwaves’ largest venue; they got a predominantly foreign crowd to sing along to their songs about female empowerment, smashing tropes and gender stereotypes, righteous anger, and having a good time. 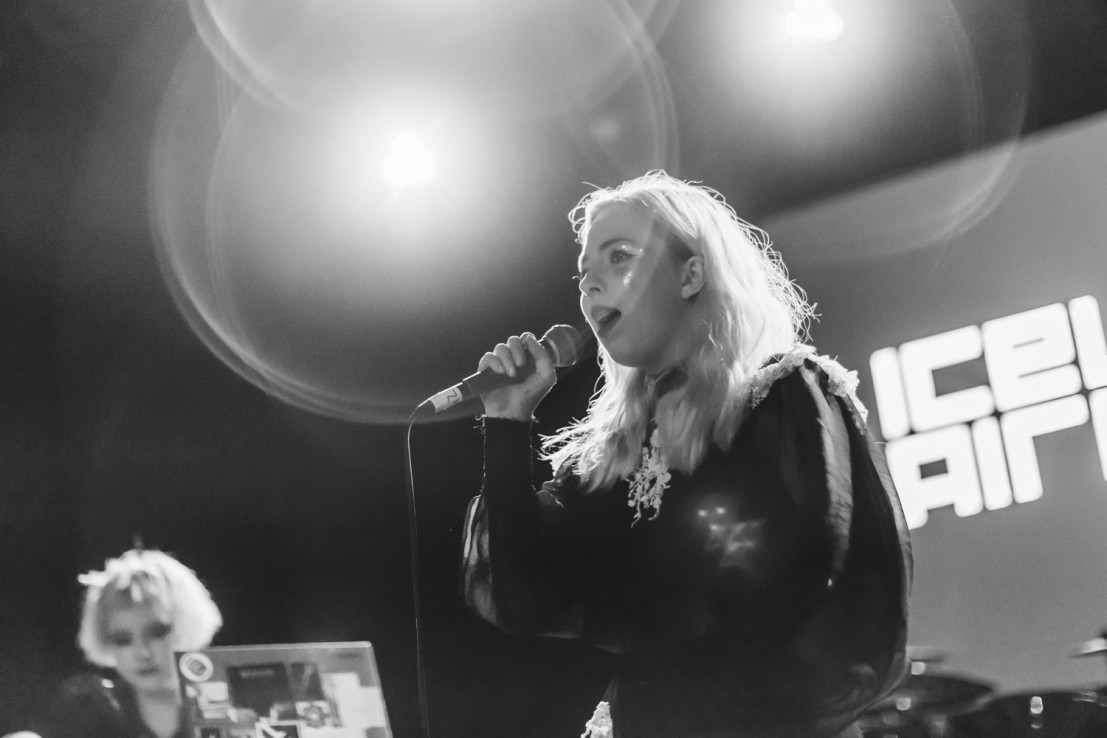 Kælan Mikla was formed around the same time as Reykjavíkurdætur, back in 2013, and have similarly come a long way from their humble beginnings. Formed to participate in a poetry competition, the trio has evolved from a barebones avant-garde poetry punk outfit to a dark EDM cold wave sensation perfect for warming our freezing bones during a nuclear winter. Drones and a thumping bass play a larger part, and several of their classic songs have gotten overhauled with harmonising vocals and a more active song structure. Energetic and sad at the same time with dance-inducing beats.

Finally, Godchilla round out the first night with their sludgy and heavy surf doom. Listening to it feels like having to wade through an oil pond while chased by angry peasants with pitchforks and torches. Aggressive, relentless, and invigorating.