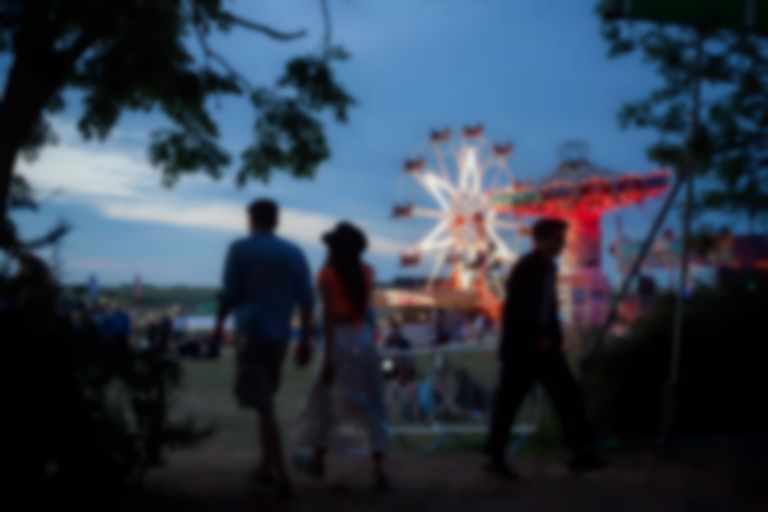 An Electronic Oasis of Music

Electronic music festivals are, in many ways, very difficult to pull off.

You can secure the line-up, you can pull the crowds. But transporting the electric energy of a dank and sticky underground basement club in a field in the Home Counties is no easy task. Now in its seventh year, Farr Festival has expanded to 5000 attendees, after starting life as a small family affair in the Farrs’ native Hertfordshire. London’s finest selectors joined the party one by one and now the weekender is backed by London’s nightlife heavyweights, this year stages were hosted by Ransom Note, Dance Tunnel and Trouble Vision.

Hoards from the city (and further afield in truth) trickled onto the fields – a mix of students and young professionals, reflected in the cosmopolitan stands on offer – East London favourites Kaesh Braids and Claw crab burger shack were both on offer. Thursday’s affairs were very much pared back, with bedtime well before midnight – Jungle delivered a DJ set before punters dutifully returned to their tents to continue the party.

Friday night saw Ben UFO, Joy Orbison and Midland play a 4 hour back to back set of solid, steady techno to a bustling crowd which would fill out Corsica Studios twice over, reaching its peak as Joy O dropped the Boddika VIP of his classic Mercy. Power issues literally cut the set temporarily short which did little to dim the energy of the crowd who either moved on to pastures new or hung around to find their patience rewarded as the power was restored soon after.

Daytime at Farr has been a source of criticism from cynics in recent years, and despite yoga and film screenings filling the daytimes (Human Traffic went down particularly well), the sunlit hours were mostly slow and sparse. That isn’t to say that enclaves of vibes weren’t to be found though – Nancy Noise’s mid-afternoon old school set laid down the grooves as the sun peeked through the trees.

In a festival that prides itself so much on quality electronic music, the festival was not without its sense of humour – the Locked Inn stage hosted both a Jamiroquai and Prince Tribute hour, of which the latter warranted a drunken, very teary rendition of Most Beautiful Girl in the World.

Hackney Colliery Band were refreshing alternative in This Must be the Place on Sunday afternoon. A brass band perhaps shouldn’t worked at an electronic music festival, but it really did. The brass band played a lively set to a surprisingly enthusiastic crowd, who were by now so sunburnt a trend had emerged where red necks were being covered with glitter.

Auntie Flo played to an intimate if shy crowd on Sunday night, as the cult producer played an intense set accompanied by a live drummer. It was a shame that the undeniable energy of the set didn’t draw a larger crowd – perhaps a later set time might have paid off.

Perhaps the highlight of the weekend, Gilles Peterson played to a packed out crowd in the festival’s newest addition, the Hidden Palace stage. Perhaps another foresight on behalf of the production team, Peterson’s set was subject to a one in one basis within minutes, leaving hundreds of disappointed fans waiting dutifully outside. Those lucky enough to make it inside the arena however, were treated to an elixir of sounds as the legendary selector switched between techno to funk to soul and back again, before leaving a grinning, satiated crowd with Soca classic Feeling Hot Hot Hot. As the revellers spilled out into the balmy night, you’d be hard pressed to find a place you’d rather be. Those who stayed around (or were only just graced entry) in the Hidden Palace were gifted with a set by the legendary house veteran Mike Dunn. Although the final night approached the last sets of the night at 2am, no one showed any signs of stopping - as after all, the night was young.

This oasis of electronic beats becomes a refuge from all the problems that exist in London’s night-time scene – for a weekend, we can forget they exist. The pilgrimage to the Hertfordshire woods is fast becoming a ritual in the UK’s dance scene, and hopefully Farr Festival will continue to grow in calibre. And as we all return to the cities, we can see that the electronic music scene can thrive outside of the club – and we’re lucky that this is something festivals like Farr are more than happy to embrace.

Find out more about Farr Festival at farrfestival.co.uk