"Creative and brave people are a sign of a free society": Estonia's exiting president Kersti Kaljulaid shares these thoughts in her opening speech at Tallinn Music Week, the year the small Baltic state celebrates 30 years of independence from the Soviet Union

Estonia's history of freedom is a complex one. A nation invaded and occupied from the medieval times on, most recently by the Russian empire then the Soviet Union, it nonetheless managed to retain a strong cultural identity in part through the power of song. 30 years ago, Estonia declared its independence again after a series of impromptu music festivals and protests known as the Singing Revolution united Estonian people and restored the desire for national cultural identity and an independent nation.

Today, Estonia seems as eager to protect its roots and heritage as it is to move forward, opened to the rest of the world for inspiration and collaboration. It’s certainly the case at Tallinn Music Week, a cross-genre music festival showcasing emerging and established voices from Estonia, Europe and further afield, from Canada to Palestine.

In its 13th edition, Tallinn Music Week brings over 170 acts ranging from folk and folktronica, to pop and R&B, to alt-rock and metal, with a huge detour via electronic and experimental.

But the excitement of the evnt also lies within the charm of the Estonian capital and the unique vibes of its music venues. Some gigs are staged within the UNESCO-listed medieval Old Town, reachable only by walking down narrow cobbled streets. But most of the action takes place in the former industrial complex of Telliskivi. Now repurposed into a creative hub, Telliskivi has retained some of the post-Soviet austerity of its industrial past. But its grey bricks are now clad with colourful murals, and the overgrown train tracks lead the way between the quirky and alternative venues.

On the northern edge of the city, the Kultuurikatel also celebrates its industrial past. The former power plant has retained its industrial shell, its red brick corridors, and rusting metal frames. Today, it is one of the centres of cultural life in Tallinn. 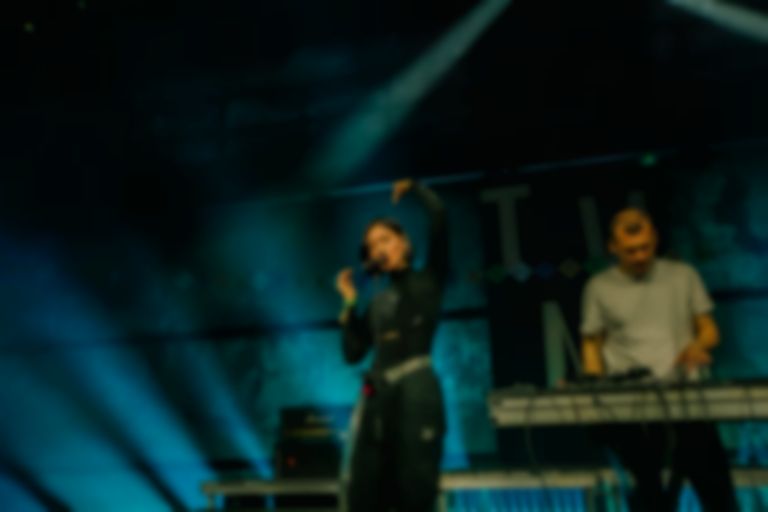 Kultuurikatel’s tall red brick chimney seems to disappear into the night sky. On its side are projected the words Station Narva. Tallinn Music Week’s sister festival takes place every year in Narva, an intriguing post-industrial city on the edge of Estonia, separated from Russia only by a narrow river. On the Station Narva stage are fearless hard-hitting acts from all corners of the world.

One of them is Aigel, a Russian electro/hip-hop duo that brings together the minimalist, noisy, electro beats of musician Ilya Baramiya and the poetic words and seductive vocals of Aigel Gaisina. Aigel also have a tense relationship with freedom: their first album 1190 explores the topic of incarceration drawing on Gaisina’s personal experience of when her partner was in prison. Whether atmospheric or upbeat, sung or rapped, their tracks always project a dark, somewhat austere intensity and propulsive beats contrasted by beautifully honest vocals.

On stage, Gaisina’s charismatic presence holds the audience hostage as she sings, raps or speaks her poems in Russian and Tatar with conviction, honesty and pain so powerful that all language barriers seem to break down. But it would not give Baramiya the credit he deserves to overlook how his deep groove fills the whole room and gets the crowds moving. 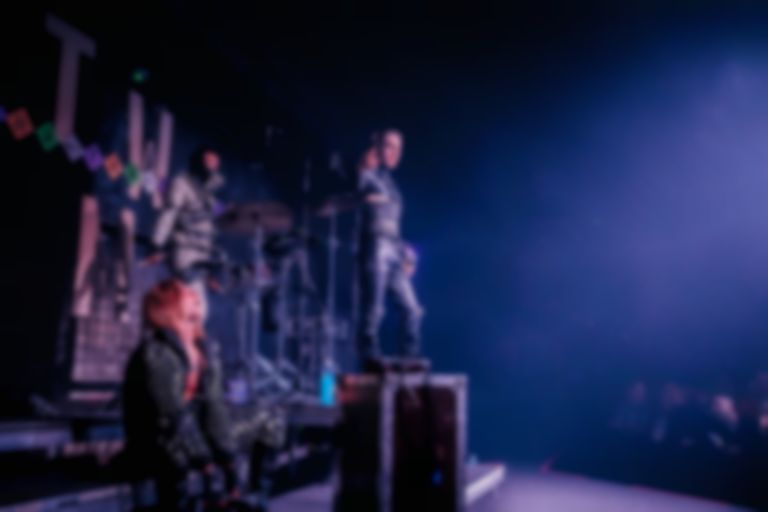 Once recovered from the initial hit, and decision made on how far up the Dadaistic scale to position the viewing, the songs are ultra-danceable and the performance somewhat addictive.

In 2019, when representing their country at the strictly apolitical Eurovision Song Contest in Tel-Aviv, Hatari made the headlines when they used the platform for political activism, by holding out a banner in the colours of the Palestinian flag reading the word Palestine at the results stage.

Shortly after, the trio teamed up with Palestinian pop singer, songwriter, and activist Bashar Murad to release Klefi/Samed, a catchy electro-pop ode to defying oppression.

Murad also made an appearance on the Station Narva stage, joining the Icelandic band to perform Klefi/Samed, before launching into his latest single Maskhara (Masquerade), in a complete and somewhat random vibe switch. The bouncy, off-beat, summery track both hides and brings hope to the darkness in the lyrics – in Arabic – of an activist exhausted by the fight, on the edge of despair.

From a purely musical standpoint, a collaboration between Bashar Murad and Hatari seems at first glance to make little sense – although Klefi/Samed gets more addictive at each listen. But their political vision brings them together to inform and inspire. 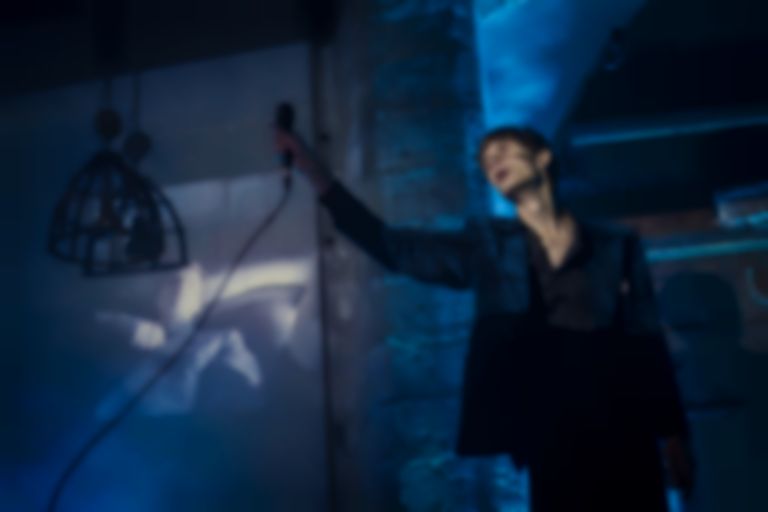 I’ve tried to categorise the music of Mart Avi. I’ve only reached the conclusion that putting a label on it would be unfair if it wasn’t impossible. Avant-pop, future pop, art pop, avant-garde, electronic are all fitting tags but somewhat incomplete. Bowiesque crooning vocals, manipulated sounds and musical fragments borrowed from jazz, soul, a hint of IDM or breakbeat, shape into otherworldly sonic places in which to get lost. Akin to losing yourself in an unfamiliar city: for a brief moment you think you recognise a street, a shop, but end up instead being led down another maze of lights and sounds, surrounded by unfamiliar people. His latest single, Tides, takes a new path on the edge of more conventional song writing, with regular beats and synth providing a more linear thread.

On stage, Mart Avi croons and dances in ways that remind of Bowie, Elvis or Jarvis Cocker, but doesn’t connect with the audience in a direct way - his gaze reaches beyond and above the crowd and he leaves virtually no time between songs for cheers or applause. Instead, he draws the public into a world he has crafted from sounds and film clips as diverse as Kurosawa samurai duels, Nicholas Brothers tap dancing sequences or Teenage Mutant Ninja Turtles cartoons.

When I ask Avi about freedom, he replies with a quote by a 19th century samurai, Yamaoka Tesshū: “Deport yourself naturally, like moonbeams flooding into a leaky cottage”. He goes on to explain: “The context here is that of a sword-fight. Crafting a song can feel like participating in a duel. Especially singing. You are focused, you slash at the sounds and the sounds strike back and at some point you merge into close contact – you feel free as that is all there is at that given moment”

An unexpected answer that somehow gives more insight into the mind of a unique artist. 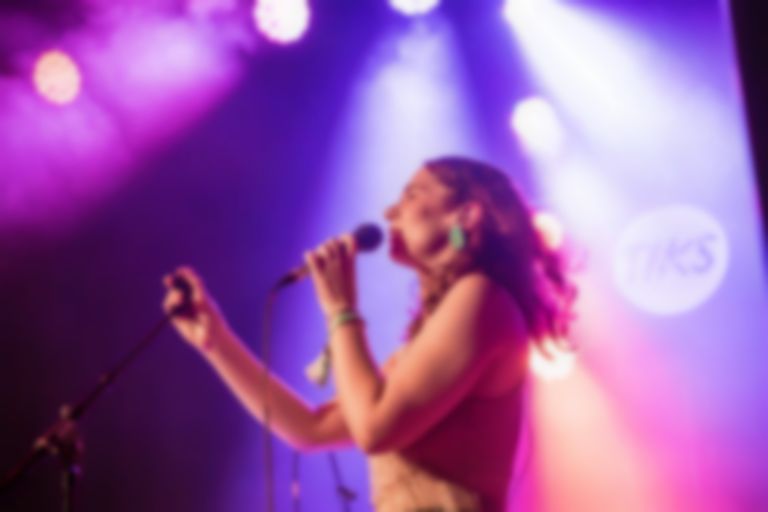 In the heart of post-industrial Telliskivi district, the former rail car depot turned music venue D3 lends its stage to TIKs, a record label and weekly radio show who tonight showcases some of its artists. Among them is Maris Pihlap. On her self-produced 2020 debut EP, What have you become?, the young singer and multi-instrumentalist explores the complexities of early adulthood with beautiful candour and vulnerability. Combining electronics, plucked violin, global sounds and layering her warm breathy vocals, Pihlap creates reflective and introspective downtempo songs that build in intensity sometimes chaotically.

She brings the same honesty and vulnerability to the stage where, backed by a drummer and a guitarist, she is “here to share a piece of [herself] as honestly as possible”.

Subtle spotlights and occasional releases of smoke machine set the mood, reminiscent of a jazz club – and this distinctive lack of artifice places the attention on the young singer as she bares her soul with a dazzling smile and emotion.

The set closes on Pihlap’s new single So Much More, an upbeat straightforward pop anthem and a real celebration of self-worth! 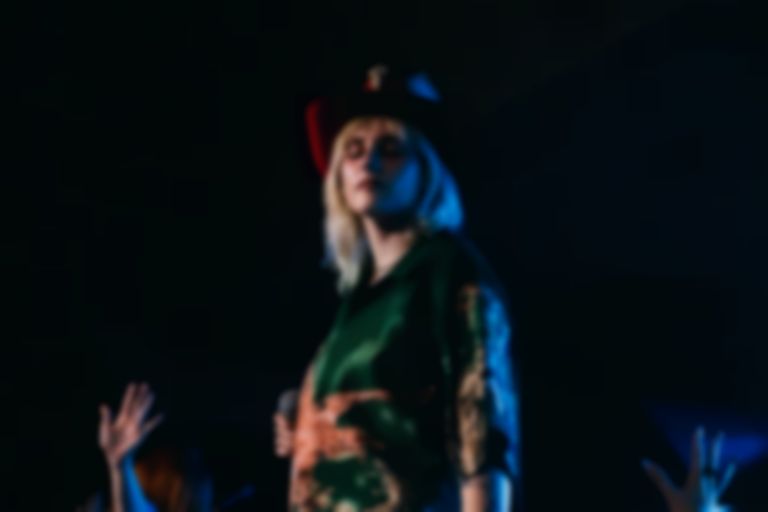 Another artist who found the creative courage to bare her soul is Manna. The young singer stamped onto the scene two years ago with her fresh brand of R&B and her mellow voice. Since then, she has collaborated with electronic and hip-hop artists including Yasmyn, another rising star of the Estonian R&B scene.

Manna’s 2021 LP I can do anything IF I WANT TO sees her explore different genres with lo-fi aesthetics - alternative pop, trip hop, sometimes descending into hardcore chaos - before bouncing back into more upbeat and polished R&B. Bringing her vocals closer, manna takes listeners on an intimate two-part journey from teenage angst to blossoming – albeit scarred – adulthood.

On stage, the singer gives an uncompromising and theatrical performance, surrounded by dancer-actresses playing, shouting, provoking and aggressing. The performance feels like a confession from a wounded friend, but also casts a caustic glance at the experiences of young women in today’s world.

Manna belongs to a generation of artists who have only experienced Estonia as a free country. Whilst she acknowledges her privilege, she also argues that the root of creativity is within, not in our surroundings. “If I would’ve been born in the time where Estonia wasn’t a free country, I would still make art, music. I would still be the same stubborn punk I am now, I just would have been hated for it.” 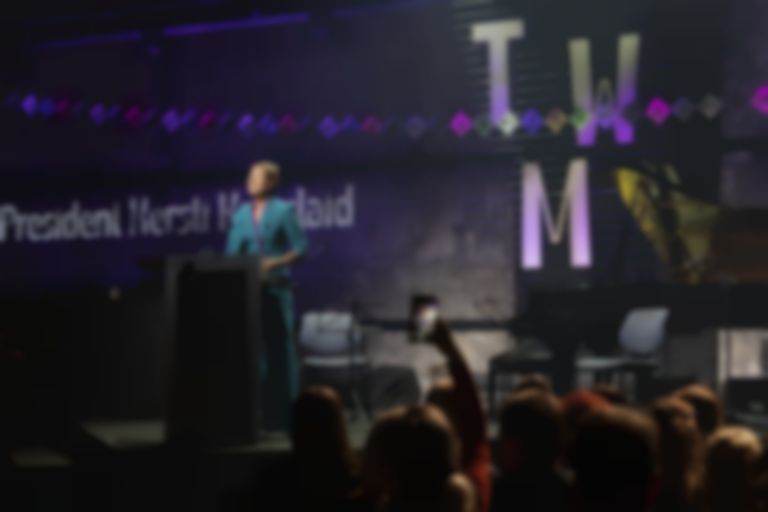 The artists at this year’s Tallinn Music Week have displayed many facets of creative freedom: freedom to be oneself; freedom to share one’s emotions openly, to bare one’s soul; freedom to experiment with performance, with sounds from the past or sounds from the future; freedom to break away from conventions; freedom to use music and words to provide an important message, or to inspire people into activism.

Together they showed that, as President Kaljulaid proposed, “only truly free people can be truly creative”.

The next day, as I walk the cobbled streets of Tallinn’s Old Town, the weekend’s festivalgoers have been replaced by tourists and busy Estonians going about their daily lives. As a surprisingly bright autumn sun warms my cheeks, I think about these words. Before I know it, I have reached Freedom Square.