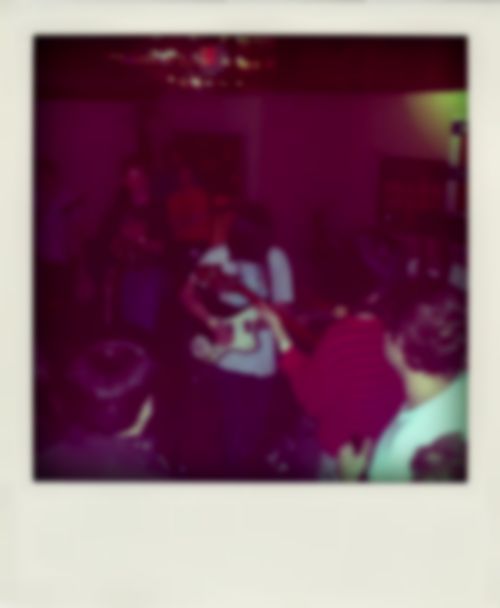 Hello, I’m Jen. I’m on holiday at SXSW in Austin Texas watching bands, drinking beer and lounging by the rooftop pool. I’ve decided to take a few minutes from my busy showbiz schedule everyday to write some words on here about a band you might like.

The reality is it’s 1pm and I’m sat in my musty hotel room trying to rid myself of a hangover before today’s drinking begins. There are about 20 day parties and 135 bands on my list for the afternoon and I have no idea what to even try and make. So instead here’s a band I saw yesterday.

They’re called Happy Birthday. There are three of them in the band, and they come from Brattleboro in Vermont, which is actually a real place and not made up (as I had assumed). Here’s a video of them playing….

Kyle from Happy Birthday also plays in Witch and it turns out he saw me at ATP last Christmas which is very strange. It’s not the reason I’m writing about them here though, oh no. Happy Birthday have that kicked back live swirl of Girls but with a slacker snarl and an ambush of tempo changes. They’re signed to Sup Pop over here and about to tour with Vivian Girls.

I saw them at the True Panther showcase yesterday evening. Also playing were Magic Kids, Harlem and The Smith Westerns. To be honest, it was difficult singling out one band to write about here. Hunx and his Punx also played…. They were not so good.

My choice was made even harder later when I managed to jump the (huge) queue for the IAMSOUND party (thanks David) and stumble into what could be one of the best line ups of my little life. Fools Gold, jj, Sleigh Bells and SALEM. MEN played too but we won’t dwell on the negatives.

jj were breathtaking, although Elin seemed quite nervous. Joakim, the guy who writes all the music spent the entire set stood on stage next to her with his hands in his pockets as she sang over a backing track. It was all very strange.

I have more videos but the internet here is slooooooow so you’re going to have to wait to see a drag queen introducing SALEM I’m afraid.

The Smith Westerms: “Give Me Some TIme” 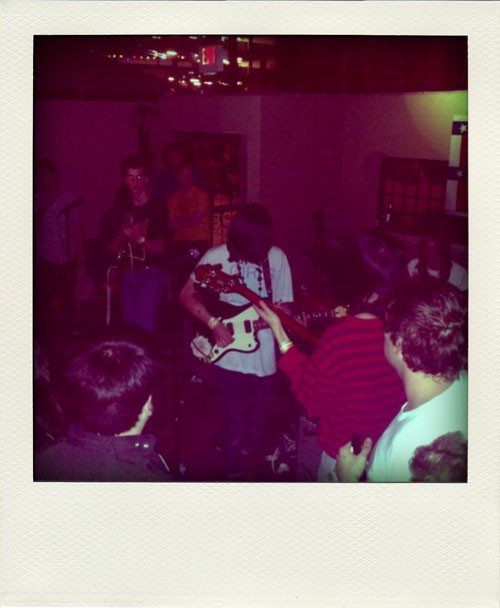 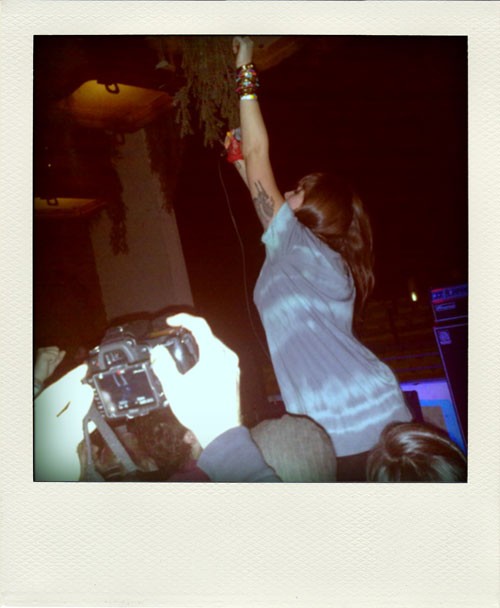 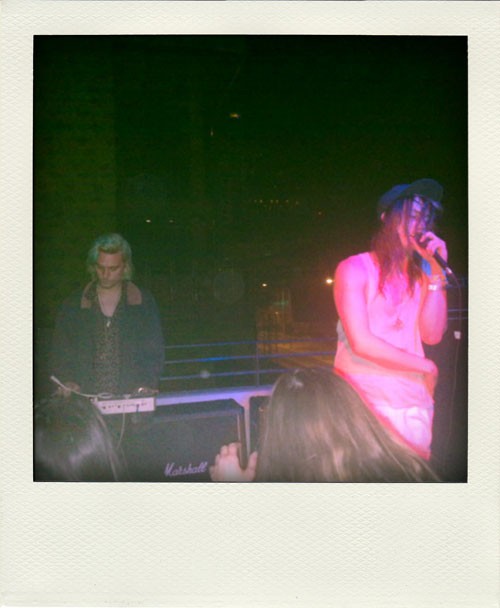 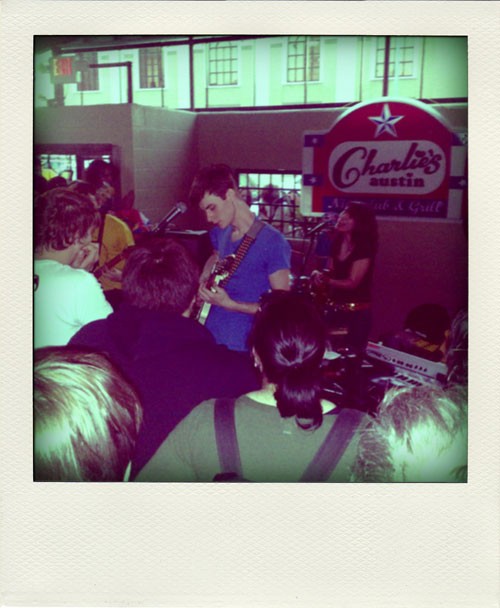 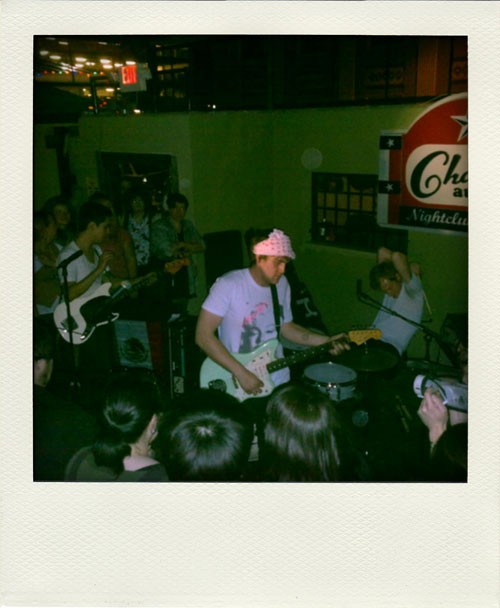