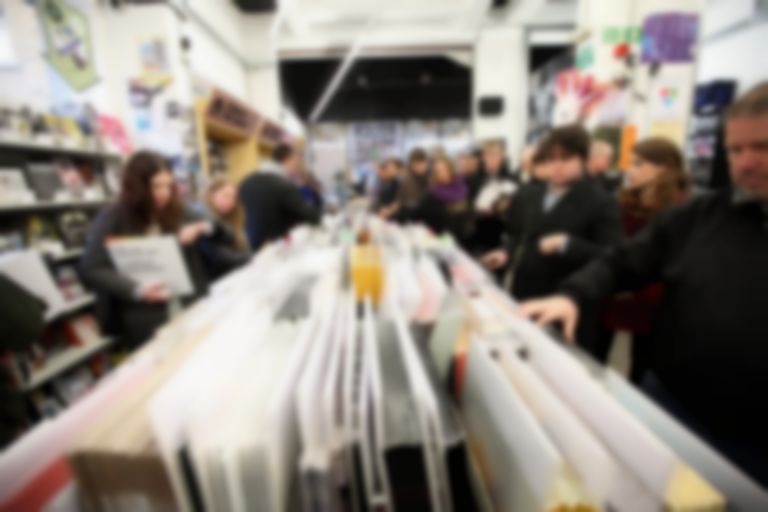 Working for a record label around Record Store Day is a bit of a double edged sword.

I’m not sure if you’ve noticed but it has been almost impossible to buy a lot of recent releases on vinyl in the last few weeks, and there is a really good reason for that. Represses have been completely held up by last minute RSD pressings as labels and artists desperate to get their 150-copies-only-exclusive-to-record-store-day-live-album-vinyl pressings manufactured on time.

It makes me feel increasingly despondent, wishing RSD would disappear. Email after email coming in to my account from shops, distributors, fans, wondering why it’s impossible to get hold of those releases that should be racked on the shelves all year long. It’s almost as if they’ve become more rare than the records due out on RSD themselves. It’s been quite a problem for a lot of labels, perhaps this year more than ever, and it does make me question the value of the day. It’s great to have a lot of special, limited releases available for those willing to queue and collect, but it can be a little galling that fans are not able to purchase new releases for up to a month around it.

But moan as I do, I’m a fan and I’ll be in the queue on 19 April. I’m not entirely sure what records I’m interested in buying (though there’s a list below of a few titles I’m looking out for) – I am definitely in the camp that has become increasingly annoyed with expensive major label reissues “exclusive to Record Store Day” of albums that were easily available no more than 6 months previously and available the day before digitally. But there’s still something really exciting about standing there at 6.45am, desperately trying to pull the list of releases up on a bad internet connection to make sure there’s nothing you’re missing from your scrawled out wish list.

Stepping inside the store, you suddenly start making rash decisions, wondering if you’ll regret not buying that split 7″ or the cassette you know you’ll never bother listening to. The amount of poor choice purchases that sit unheard on the shelves of a collection due to terrified, rush decisions on Record Store Day is startling, but I can’t say that I really regret any of them. To me, the real reason to support record store day is that it keeps shops alive, particularly the smaller ones, those that are outside of big cities, and who see a huge upsurge of turnover in mid-April each year. It’s vital that these shops exist in the smaller towns and villages around the UK because without them, there’s almost no hub for independent music in these places. Most bands are unable to play shows there, especially international ones, so the hub of music has to focus around a place to buy music.

It just so happens that as I write this, I’m on holiday in Devon and able to visit one of my favourite record shops in the country, Drift. There are so many reasons to visit this wonderful store. Run by one of the nicest gentlemen have the pleasure to deal with, Rupert Morrison (check out his band The R G Morrison) is also the brains behind the record-store magazine Deluxe that you’ll find in any good independent record shops. Drift is a shop you can easily lose a few hours in – beautifully laid out, well curated, well priced (so important!) and situated at the top of one of the most independent high streets in the country in Totnes. I can’t recommend this shop enough. It is worth the trip down to Devon alone.

One of the releases I am desperate to get my hands on this year will be the Slint box set. The amount of words that have been splurged about the release (including many on this site) means that it’s hard to find anything new or interesting to say at this point, almost 25 years after the release. But seeing the announcement a few months ago, and having not listened to it in a few years, it was a real pleasure to return to the treasure of Spiderland. It’s incredible how those 37 minutes can stay with you for a long time, years even, after hearing it. I had the fortune of playing it to someone who wasn’t even born until 5 years after it was released just the other day – I know she struggled with the darkness that surrounds it, so much so that she had to put headphones on whilst it played to avoid getting sucked in to it’s blackness, but for me, the beauty remains.

It’s the one moment of reverb’d backing vocals in “Washer” shortly before the song breaks that still makes me feel as if someone is paper-cutting my spine. Or the grim digital distortion of “Don, Aman” that shouldn’t work but just makes the ending of side one tail perfectly. Mostly though, it’s the snare drum of “Good Morning Captain” that still makes this record so unforgettable. Each time the song breaks, Britt Walford holds back from any snare hits until a couple of bars in so that the snap, when it appears, carries even more ferocity, more emotion than you could possibly imagine. It’s not until the final section, when that ginormous snare roll appears that the song reaches it’s zenith – 12 firecrack hits that bear so much weight it can be mentally punishing to hear. Unfortunately, it looks as if this release is only going to be available in the US so I’ll be calling on friends worldwide to pick this up on my behalf.

Here’s a few other things I’ll be looking out for: