Writing lyrics is always a personal affair. I like to be alone and in bed. I demo a lot of music with my band then take it away and listen to it on repeat jotting down whatever words the music summons.

To get in the mood i like reading poems, lyrics and short stories. It was on one of these lonesome lyric writing evenings that I came across the poem "Wild nights - Wild nights"' by Emily Dickinson. 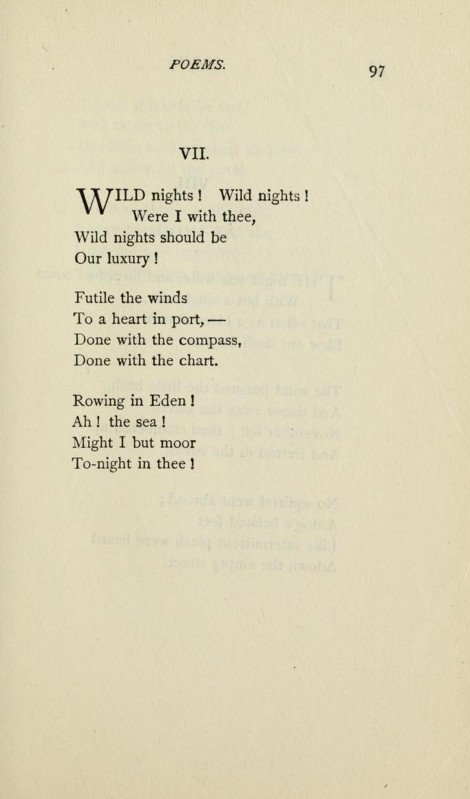 I don't know for sure but I think she was writing about wanting to get back to a lover, but for me her words conjured images of the messy for-better-or worse-nights I've shared with strangers and friends alike. 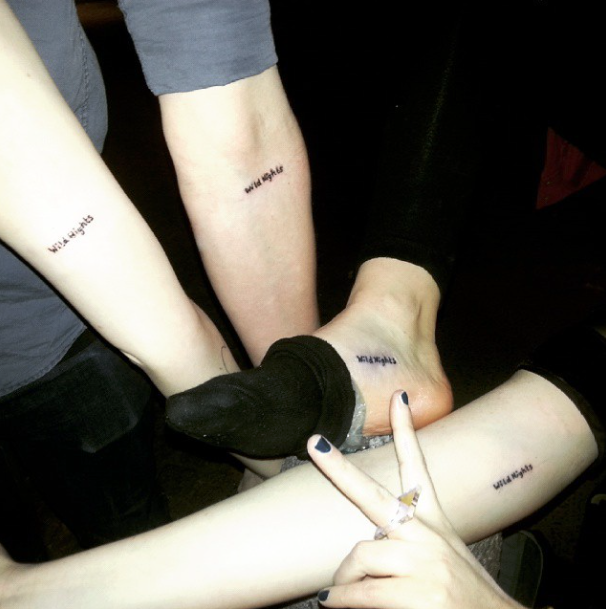 "Molly" is a track from our new album and, like a lot of the tracks on the record, it touches on transience and nostalgia. I used the phrase "wild nights" throughout the verses of "Molly". Obviously the words meant something to me but it also connected with the other girls in the band. So much so, we named our album Wild Nights and got the words inked on our skin.