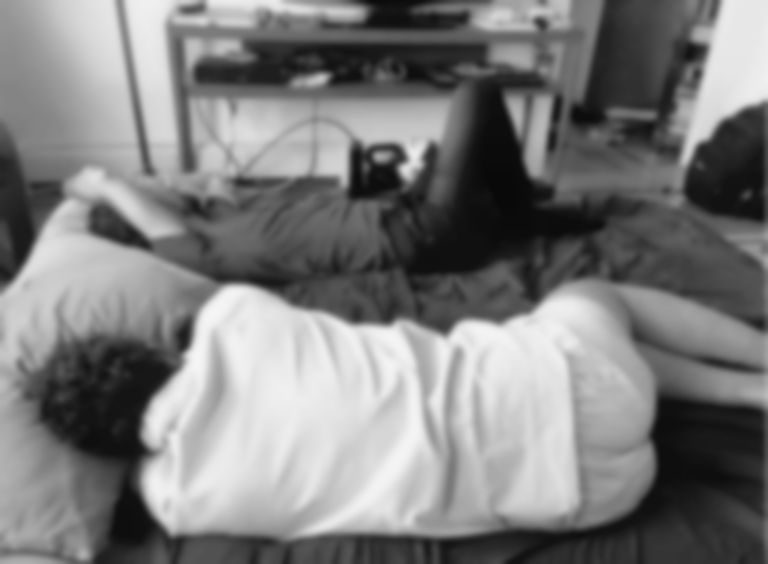 Spanish boutique label and booking agency La Castanya is run by two brothers who grew up on a diet of '90s underground rock and are bringing those DIY ethics into the present day.

Albert and Joan are brothers. One’s a musician, the other a lifelong music fan. They’re from Spain, but it was on the road where they really grew up, touring the US and Spain with the punk bands they loved.

“Our background is this hardcore, punk rock scene from when we were teenagers, touring with friends’ bands” Joan tells me inside an Italian restaurant on the South side of Austin, Texas, as we near the end of a long week at SXSW. One of his bands, Yawners, have just played in the backyard to a contrasting group of young punks in leather jackets and older local dinners, along for the ride.

Joan and Albert were inspired by the camaraderie and energy of the Spanish and US punk and indie underground scene of the 90s, the DIY attitude and support celebrated in Michael Azerrad’s infamous retrospective Our Band Could Be Your Life.

“I remember when I was 22, I met all these Dischord bands and then I remember the first time going to Washington DC and meeting some of the people like Ted Leo, Brendan Canty and [Dischord label founder/member of Minor Threat] Ian MacKaye” laughs Joan. “I guess that it’s how we work now, a lot of this Do It Yourself spirit, but at the same time trying to understand this music industry.”

Ten years ago the brothers began La Castanya without really realising what they were starting. Albert was playing in the indie-punk band Nueva Vulcano who had a new record on the way. He’d been touring relentlessly and built up a good address book.

“We started up just promoting shows in Barcelona for bands that we loved” begins Joan, “Then offering Ted Leo, Obits - shows for them in Spain and Portugal and using Alberts contacts.” And when Nueva Vulcano needed a label for their forthcoming record, La Castanya just did what felt natural.

Joan continues, “We could promote shows in Barcelona, but also book a tour around Spain. We were getting bands onto festivals and promoting shows and then we just started releasing albums for friends’ bands. First was for Nueva Vulcano, then we discovered Furguson and Me and the Bees.”

La Castanya boasts a solid roster of artists on both the label and booking side, releasing records for the likes of Obits, The Jay Vons, The Van Pelt, and Yawners and Aries whom they have brought to SXSW. In true La Castanya style, Joan saw a gap and stepped in, managing both acts and bringing them to Austin. For him, this year in Texas is a different experience.

Yawners are a garage guitar and drums duo from Madrid, fronted by Elena Nieto who is also the third and final employee at La Castanya. A match that fit perfectly with the all-hands-on-deck ethics of the label.

The band’s new record Just Calm Down - released this week - is already picking up attention abroad with lead single "Please Please Please" playing the hooky earworm in their live set.

“It’s so crazy, I’ve been in other city festivals before, but we came here on Sunday and on Monday we go to hang around downtown, I thought it was so crazy to see so many bands everywhere” laughs Elena.

The duo had a packed week playing eight shows in four days, including one outside of Austin at a festival for local kids in Salado, Texas. Elena says she entered the US with low expectations. “I think as a Spanish band it’s really interesting to come to the United States. I was terrified about these shows because we just recently changed our set up on stage and we don’t get to do a soundcheck so everything is gonna sound terrible, nobody’s gonna like the shows, but actually it was the other way around and every show we’ve done so far has been amazing. Everybody’s so helpful, the sound people are really nice everywhere so everything is easy.”

Elena formed Yawners in Madrid before moving to Germany for two years and finding new musicians there she could continue to play with. Although she has only ever played with men, being a woman making music is very important to her. “Right now in Madrid many bands are coming out that are women, but not as much as guy bands. I think we should reach a point where it’s equal and every little girl wants to learn guitar and write songs and isn’t feeling insecure about it. Just do it, it’s fun.” 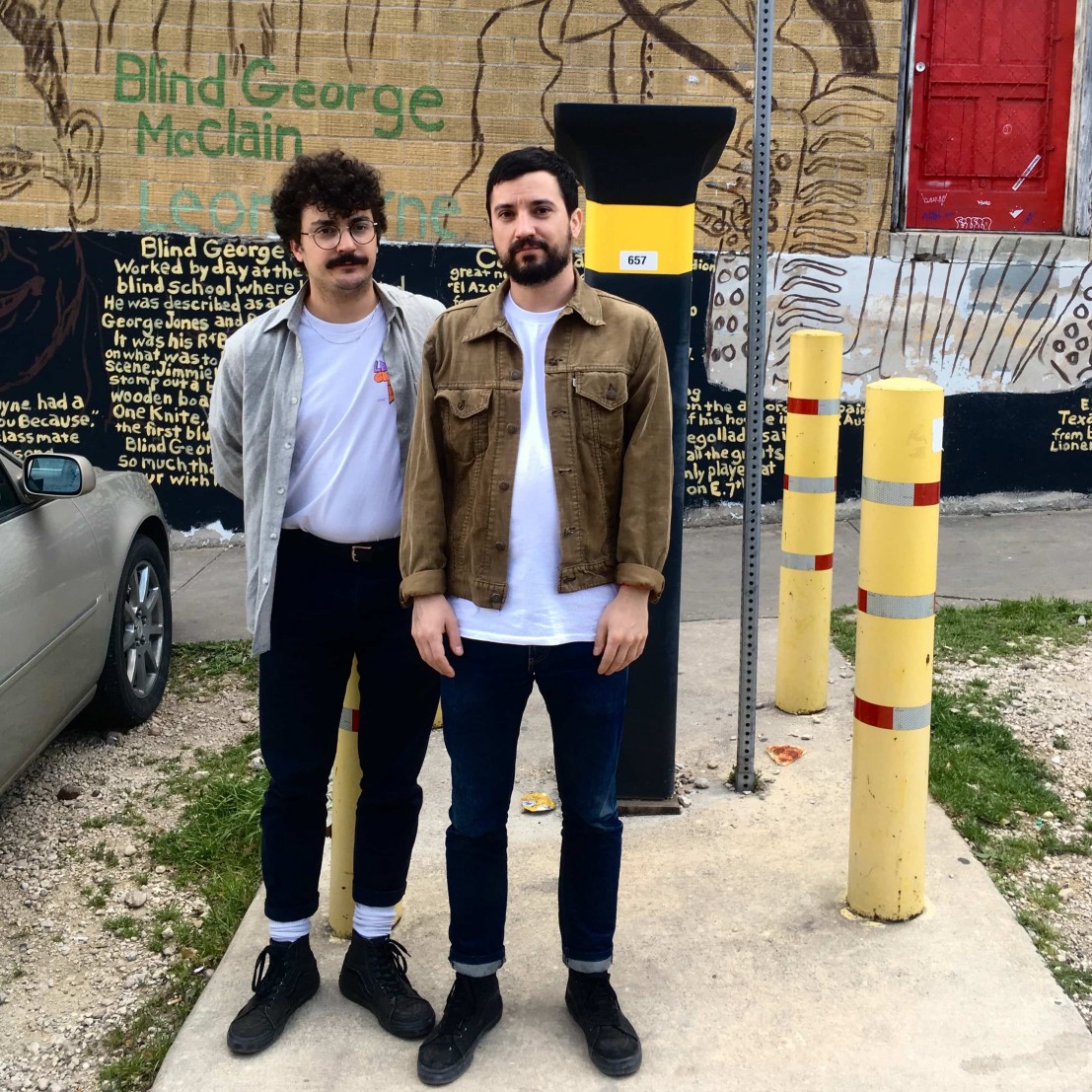 For the brothers (pictured above), bringing Spanish bands to play around the world is important for Spain, “It’s great promotion” Joan tells me. Coming from the same scene as Hinds and Parrots, Elena echoes this, “I think they [Hinds/Parrots] have done a lot of good things to make the rest of the world see that in Spain there are things going on, because before that I don’t think the more widespread media actually cared that there were bands coming from Madrid and from Spain so I think that was really positive, although there have always been Spanish bands touring the world.”

Later, I try and see Yawners play a showcase for Burger Records at Hotel Vegas, sharing a venue with Amyl and the Sniffers. The queue snakes down the road and I stand outside, desperately trying to peer in and catch a riff of their sun-kissed, fuzz stoked tales of adolescent life and love, all delivered with a raw but charming energy. I leave, gutted I can’t catch them for a second time, but very happy that a packed out crowd gets to see this fantastic new band.

Joan sees working with Spanish and International bands as a balancing act. The contacts he can make abroad will help bring acts to Spain, but also helps his Spanish acts find new fans and partners internationally. “It’s a natural way to build up our personality” he tells me. “We will chase after Molly Burch, or if we love Ultimate Painting, Holly Golightly...”

Ted Leo and the Pharmacists, usually released via Matador Records, did a thirteen date tour in Spain with Joan behind the wheel and Albert on the bookings. When the next album came around Ted asked La Castanya to do the record in Spain and Portugal. Likewise, Daniel Higgs from Lungfish did four tours in Spain and recorded in Barcelona, so when it came time to release a record, he asked La Castanya. “That’s how we found international distribution for our albums” explains Joan. “Building a personality for the label, it’s that underground world, those connections.”

La Castanya are also booking agents for Beat Happening/K records founder Calvin Johnson in Europe. And the second act they have at SXSW is Aries whose next album Juramento Mantarraya is co-released with K Records next month. “It’s that thing!” enthuses Joan. 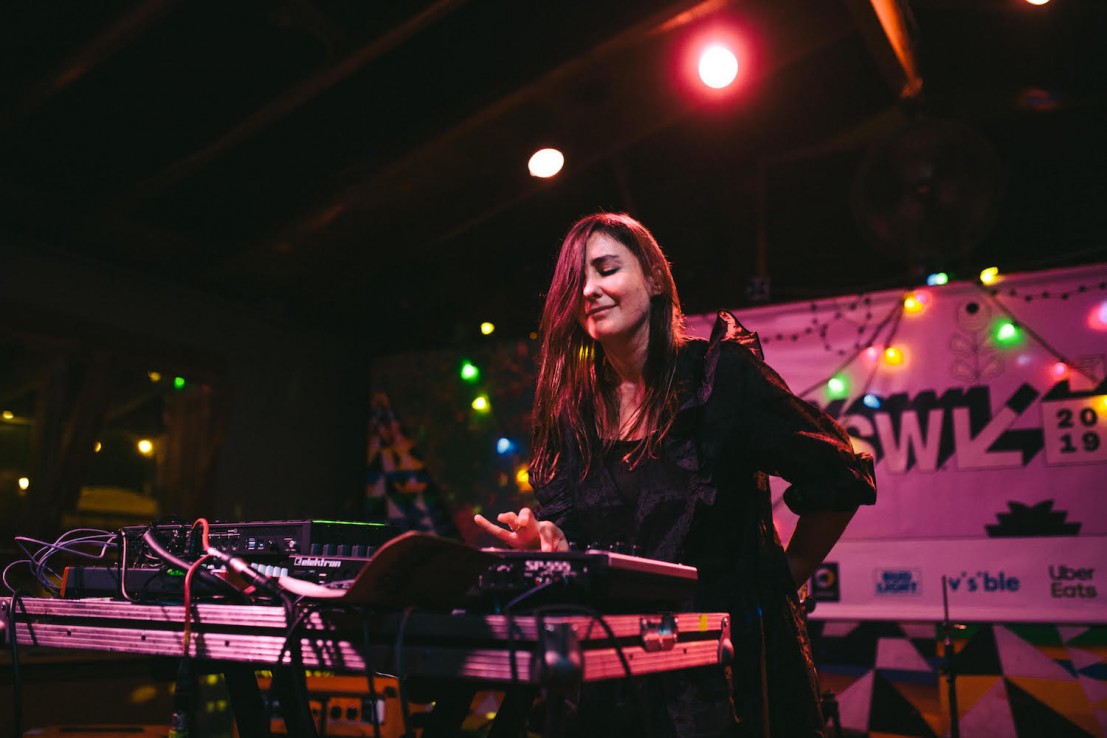 Aries (pictured above) is Isa Fdez. Reviriego. As well as making music, and rather fantastically, she’s also the voice of Princess Bubblegum in the Spanish version of Cartoon Network show Adventure Time. Her first SXSW was back in 2009 playing with another band called Charades, but this is her second time performing as Aries.

However, having previous SXSW experiences hasn’t made her any less nervous. “I’m always nervous, even before playing because I’m on my own on the stage and I have to play and sequence a lot of machines so I always get nervous, but it makes you always learn and to play here it’s a super different environment, super different learning, and I like that a lot.

“I love coming here to see so many people doing their best. You see them super nervous doing the line checks, and for me that’s very nice because everybody’s putting their love into the music.”

Aries’ live shows are fluid and heartwarming. Standing alone over her plethora of kit, cables and flashing buttons she sings her heart into the microphone and flails over the loaded keyboard stand with just enough reserve as to not send the whole thing flying. Isa tells me her goal at SXSW is to “Just communicate my music and maybe more people know what I’m doing and my songs. I make music with a lot of freedom and I love experimenting and having ideas exploding and to give the message you can do what you like and have fun. It’s about passion, commitment with the music and freedom.

“You know how the kids listen to music with that innocence of just enjoying and feeling the rhythms, the sounds? I love that and I feel that’s my most important thing in music, especially nowadays when stats are so important. I want to express just that love of the sounds and the rhythms.”

It’s certainly a sentiment that seems to echo across the La Castanya brand. From booking international acts that just feel right, or have a connection to the label’s founders, to trying to bring up young acts from home, irregardless of what press or buzz is there. Doing it in an old school fashion that’s full of heart and hustle.

“If we can be the guys who bring The Make Up back to Europe, if we can be the guys who bring Molly Burch, it’s amazing” smiles Joan. “It’s like me as a teenager, I don’t do anything with Ian MacKaye, but I’ve been, I don’t know how many times at the Dischord headquarters just saying hello because my friends worked there. I would be there just for fun, I was a graphic designer, I was there as a fan. I met Ted Leo in London upstairs at The Garage when I was 21 and I said, there’s this festival in Spain, a hardcore festival, and I just put them in touch.

“So when I went in to my 30s and I have this project with my brother that was a hobby booking bands, maybe bands like Ted Leo or Obits wanted to do the European tour or the Spanish tour with us instead of somebody else? Because we share a background. We work together because we understand each other.” 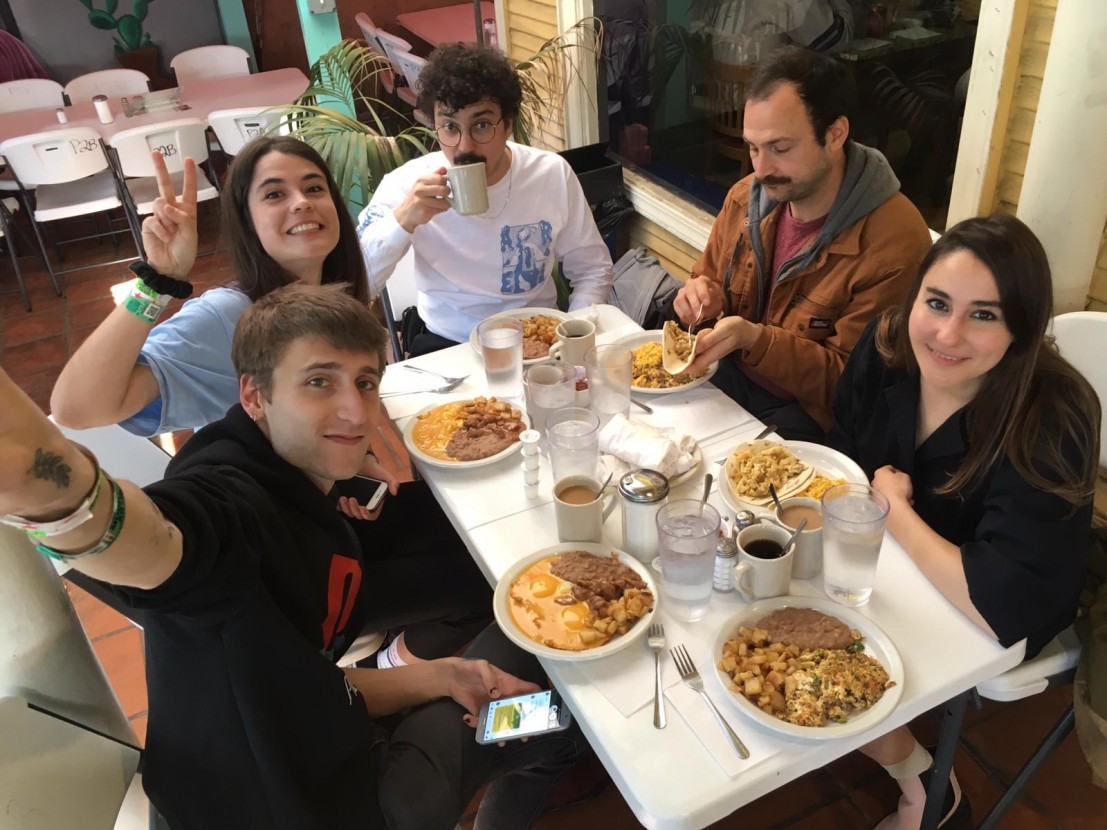 Joan is in Barcelona and Albert lives in Madrid, but there’s a third brother outside the La Castanya clan who’s based in New York, which gives Joan even more reason to get on a plane. “Now I travel to London, I find bands in New York, I come here and I discover BoyToy, these cool girls from Brooklyn. So now we have Molly Burch, Bodega, Men I Trust - that’s on our roster now. Maybe booking agents think they fit with us, the way we think, the way we promote. For me all our acts are part of a big family.”

And how does he feel this SXSW has gone for the acts he’s managing? “Super humble shows, but they fit our size right now and even our spirit. It’s the underground thing, and what I love the most is how Aries and Yawners show their personality on stage. We are natural with our personality. Maybe there’s somebody in LA that likes what we do, so we’ll knock on that door.”

And with that he runs off to catch Molly Burch who’s playing across the street, and the journey continues. No matter where you’re from, or where you’re going, you can’t help but fall for the spirit of La Castanya.