Over the course of the past five years I’ve written a rock memoir called Rise of the Super Furry Animals. In that time, I’ve been mocked, congratulated, strangled, forced to appear on BBC Radio Wales whilst insanely hungover and – occasionally – vindicated.

By some weird cosmic alliance, the book was published within a fortnight of SFA reforming in February 2015, and the fog of that awesomeness has yet to fully clear. It’s possibly not too soon, however, to think up some lessons I’ve learnt along the way – so let’s start with “how not to get strangled”.

Like most people who’ve decided to write a book but not quite gotten round to starting it, I went through a phase of drunkenly telling complete strangers that I was writing a book. Except it backfired. In a pub.

“Everybody says they’re writing a f*cking book!” said the suddenly outraged drunkard from behind his beard. “Are you really writing a book,” he added, placing his mitts around my neck, “or are you just another wanker?!”

Weirdly enough, the experience of offending this man was to have a profound effect on me. Over the course of the next few years, he became an Obi-Wan-style spiritual cheerleader. Whenever I tired or contemplated stopping the book, I imagined his gnashing face… and carried on typing.

Get access to the band and whatever supporting players you can. Then deduce how much you can ask them for regular interviews without becoming a disreputable pest. Finally, when you’ve found a nice cafe to do it in, interview like a dog on heat.

As a former music journalist, I broadly knew SFA already – and they kindly went ahead with about 20 hours’ worth of interviews over five years (slotting into their famously proactive schedules).

One thing I’d change now? I’d have started with a hit list of targets: some record producers, managers and label bosses may not seem like essential interviews from the outset, but at least you can eliminate them later on if they turn out to be disposable. NB, I’m not sure why I’m talking like an assassin. 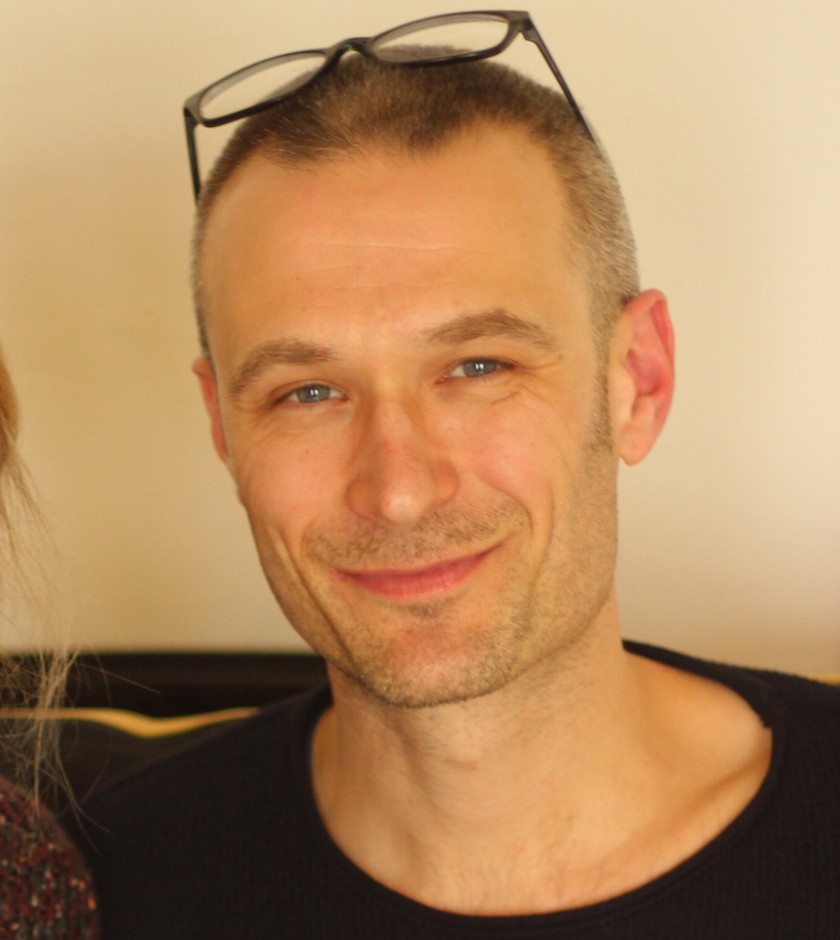 The world of Super Furry Animals is a fantastical one, full of Mario mountains, monster beasties, and radioactive Shinto Gods. So when I was thinking of the style of the book, my initial impulse was to wrap it in the cartoonish end of their universe.

For that reason, Rise of the SFA originally started with the goat skull from Mwng taking on the role of narrator, coaxing us into the story from his misty Welsh moors. But then I thought: hang on. That could get really weird. SFA’s adventures are twisted enough already. Does it really need a goat narrator?

The final result is a balance between the two. About 30% of the book is the band talking directly, while the storytelling that links it together is comical, slightly unhinged and – yes – occasionally spun into an exaggerated yarn – but all based on factual recollections.

There’s no escaping the need for a tone, so tap into the aspect of the band that fascinates you and power yourself along by reflecting it. To cap it off, subject yourself to The Boredom Alarm: if more than two pages pass without something inspiring or mental happening, sound the alarm and avoid the bog of tedium.

4. Hunt for a publisher

One mistake I made was to write a single chapter then attempt to hook a publisher with it. “Surely,” I thought, “having the deal signed early will boost my will to finish it!” Beeg mistake.

For a start, if you’ve written one chapter you’ve likely not found your tone yet, so you’re sending off proudly typed gibberish. After a few rejections I gave up trying to seal the deal and just wrote the damn thing. By halfway the tone was settling and the runway was in sight. “Surely,” I thought, “now is the time!”

And it was. The most important thing is to keep your ear to the ground for publishers who’ve put out work loosely similar to your own. I read a fantastic book about The KLF by John Higgs: like my story, it’s a rock biography told in a slightly unconventional way. I sent John a Facebook message, and John recommended my publisher-to-be. Huzzah!

5. Get comfy and re-write

In October 2013, my girlfriend gave me a bottle of champagne. I’d written the book and it was drinkie time! Except one thing: in October 2014 I was still writing. I’d slowly realised that my work at the start of the book wasn’t on par with the material that’d come later, once I’d hit a stride. Still, assuming your deadline isn’t too hardcore, this is where the beast can start to shine.

Your publisher will likely also make suggestions. Lots of them. It’s easy to get touchy and defensive about this, but the truth is they’re usually right – so nod your head and kill your darlings. (Sorry, I had to say it!) 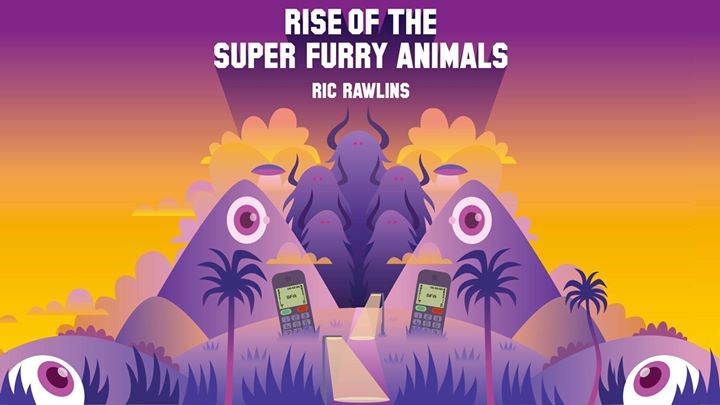 6. Get some bitchin’ artwork

Pete Fowler is so much part of Super Furry Animals’ identity that, if we didn’t get him on board, we really were up shit creek. Luckily enough, he was just as enthusiastic as the band and came up with an incredible work of art.

It’s worth thinking about chapter art and typography too: Pete’s chapter headings reflect the book’s narrative, and because of his history with the band, he was also able to recreate familiar SFA theme with new twists. They’re absolutely beautiful – and they also came in handy with…

This may sound broadly satanic to Bill Hicks fans, but marketing can be a wonderful thing. Especially digital marketing: Pete’s chapter headings made for iconic Instagram posts, while his artwork had been layered in Adobe Illustrator, meaning it could be then animated in 3D for the video trailer.

As a videographer I handled most of this kind of thing myself: I’m aware that it could potentially be budget busting. But if you can, video trailers are a great way of stirring up a buzz: we echoed the structure of Hollywood movie trailers by releasing a 10 second teaser, followed a month later by the full trailer. It was like a Vin Diesel movie was coming out!

Once you have your social media bits and bobs, try your best to persuade the band to post them. SFA got on board with the trailers, and seeing fans reacting to them made me a proud, proud, er, marketer.

8. Launch – and prepare to be humiliated

Launch week is supposed to be the week you officially become a smug bastard; in our case, we held a party at Rough Trade East, with Pete Fowler DJing and a Big Furry Debate. Everything seemed to be going great, with just two exceptions: (1) I’d eaten a curry and had a bad case of the shits, and (2) the NME review had just landed.

This wasn’t just a dire review: the writer had decided the book was some kind of Nazi atrocity and given it 3/10. The review ran online and in print, dropping a vat of steaming faeces onto my moment of glory. (Or at least until someone slapped me.)

Still, some good reviews came in later. Q liked it, Mojo loved it, Clash seemed happy and so did the reader reviews on Amazon. The truth is, your book is likely neither a masterpiece nor a giant turd, just somewhere in between.

Here I am, months after the release and I’m writing this article. This article may read like some saintly advice delivered from the bottom of my kind heart, but be under no illusion: I’m prostituting my book and will continue to do so all summer.

Cheer up though – it’s all pretty good fun (except for when you have to appear on BBC Radio Wales with an insane hangover).

10. Sit back and watch your baby swim

Having your rock biog in the public domain is a bit nerve-shredding, but it’s important to take a pause, stroke your chin, smile gently to yourself and think “ah, there she goes.” Because your baby is now crawling away with a will of its own.

Only last week I saw mine on Instagram, where it was posing next to a glass of lemonade in Tokyo. The week before that, somebody on Twitter posted a picture of it lounging next to a beer in Egypt. In fact, that book seems to be having a better life than I am. Goddamnitt!