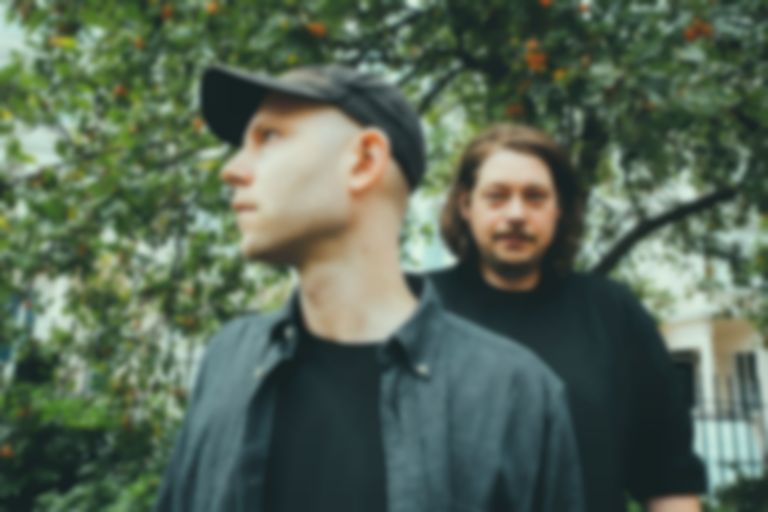 After a week of the world being hit over the head by a blunt political instrument, tonight (31st January) at London's Scala, The Radio Dept. make a compelling case for the power of subtlety.

Last year they released the astonishing Running Out Of Love, which took aim at everything from far-right politics and the state of their native Sweden to the disintegration of their relationship with (now former) record label Labrador. Tonight is their first show in London for over half a decade and for a band who take their time over albums, one can’t help wondering if, given the political events of the last few weeks, the timing of their European tour is fortuitous, or whether they saw it as part of a mission statement.

Regardless of the intent The Radio Dept. play a set that is as vast in scope as it is intimate, a masterclass in political pop music with a small and capital P. The only grumble is that the venue, also the location the last time they played in London, is too small for the amount of people who want to see them play live, with unrestricted views of the stage at a premium.

They open with three songs from Running Out Of Love which set the scene for their ongoing love of electronica and guitar music. “Sloboda Narodu” sees Johan Duncanson and Martin Larsson accompanied by two members of their fluid line-up on a song marries both genres beautifully, overlaid by Duncanson’s gentle and understated vocal. The following “Committed to the Cause”, with its gargantuan funk bassline and refined house piano, is a further musical riposte to notion that The Radio Dept. are mere shoegaze obsessives.

The chatter with the crowd is kept to a minimum, virtually every song is followed with a simple “Thank you very much” and whilst after the events of the past few weeks they could have vented their political spleen by soapboxing, there’s no need to, the insurrection in the music does all the talking for them. Indeed, The Radio Dept. aren’t preachers in the way that the late, lamented Bill Hicks was, but their sentiment is just as condemning of corrupt political doctrines.

As remarkable as Running Out of Love is they also remind us that their back-catalogue is equally formidable. The middle of the set is predominantly drawn from their more guitar orientated songs such as “David” and “Never Follow Suit” from 2010s Clinging to a Scheme and the brilliantly droll “Bus” from 2003s Lesser Matters. As with all of tonight’s songs, live they sound as immaculate as they do on record, pristine and focused.

With the closing “Occupied” from Running Out of Love, about their battle with Labrador - by their own account it was a painful split - the music constantly builds, ebbing and flowing, and is wonderfully immersive, as a listener you can sit back and enjoy the wonder of the arrangement as much as the bittersweet lyrics. The encore features just Duncanson and Larsson and their guitars and they close with“1995” from Lesser Matters, as they did the last time they played here 2010. It’s a movingly subtle way to end the set, stripped down and minimal yet retaining a songwriting heart at its core.

Tonight brings a lyric from the song “Big Decision” by That Petrol Emotion to mind, another band who in the 80s fused politics and pop music, “What you gotta do in this day and age? You gotta agitate, educate, organise.” In their own unique, understated and brilliant way, The Radio Dept. do exactly that. It's one of the many reasons why they’re such an important band, a band that understands that the need to be political is as urgent as ever.