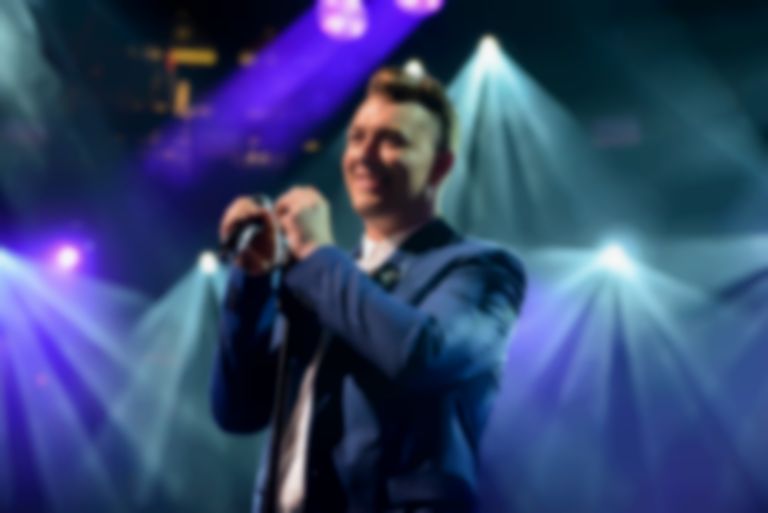 On 1st June this year, five days after its release, Sam Smith’s debut album In The Lonely Hour hit number one in The Official UK Album Chart. The singer songwriter had already reached pole position with solo single “Money On My Mind” in February. But when his record showed up at the top, Smith stuck a flag in the ground: fastest selling debut of the year. Fifteen weeks on from its release in May, the album still hasn’t left the top five, and this Sunday reclaimed its pitch at number one.

An earnest journal of Smith’s struggle with unrequited love, In The Lonely Hour is compellingly intimate, heavy with anguish and heart-wringing emotion. The sort of album, perhaps, which may pale under the bright lights on stage, better poured over under a reading lamp with a box of tissues. Taking to the stage amidst the smoky R&B drums of EP title track “Nirvana”, Sam Smith spent the rest of the night proving his debut to be every bit as poignant live as it is on record.

Following a wavy synth-ed reworking of “When It’s Alright”, a collaboration with German electronic outfit Juun, “Leave Your Lover” sees Smith lingering on every note, tearing his voice away from each syllable, backed by aching piano. A surprise appearance from Harlem rapper A$AP Rocky for fresh-off-the-press remix of “I’m Not The Only One” went over a few heads, given the track was premiered just hours before as Hottest Record on Zane Lowe’s BBC Radio One slot. No matter – the sandpaper guitar balladry of “Like I Can” and disco beats of “Restart” marked the halfway point of a set that only got better.

If Alex Turner is the playground tough guy, Sam Smith is the blue-eyed boy helping the teacher tidy the classroom at break time. So when an unruly stomp and clap intro rang out, the audience were momentarily nonplussed. By the unmistakable sneering riff of “Do I Wanna Know?”, however, Smith had The Roundhouse captivated, delivering a free-form take on the track, the injured-lover’s lament to Arctic Monkey’s sulky admirer’s gripe. A shadowy, lovelorn rendering of “Lay Me Down”, dedicated to the unborn child of Smith’s cowriter Jimmy Napes, preceded radio favourite “Money On My Mind”, sliced together with CeCe Peniston’s 90s dance floor hit “Finally”.

An inevitable encore comprised a trio of songs which encompass the three shades of “In The Lonely Hour”. “Latch”, sorrowful and replete with pining strings, was followed by the bluesy guitar of “Make It To Me”, the singer’s self-professed ‘hopeful note on a very depressing album’. Chart-topper and timeless aria “Stay With Me” made a predictable but undeniably flawless end to the set, Smith grinning bashfully as he walked off to cheers from an adoring crowd.

The Roundhouse has a capacity of over 3,000 and a ceiling loftier than a double bill of Cash In The Attic, yet Sam Smith maintained every golden chord of warmth and emotional sincerity that has seen his album go from strength to strength.

Nirvana
When It’s Alright
Leave Your Lover
I’m Not The Only One
I’ve Told You Now
Like I Can
Restart
Do I Wanna Know?
La La La
Lay Me Down
Money On My Mind
----------
Latch
Make It To Me
Stay With Me