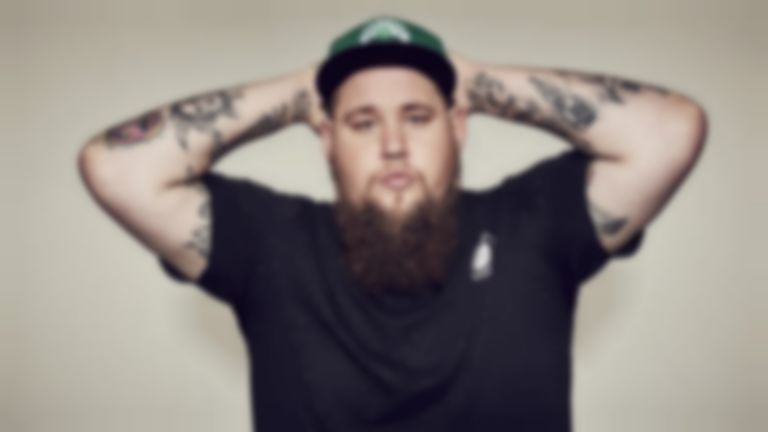 Dubious about his latest release Human, we thought it only right to head down to Clapham Grand to check out Rag'n'Bone Man's live show.

Hopefully our frustration at the new record would be eased by seeing Rory Graham in the flesh, reassuring us that if you cut him in half it would still read ‘soul’ the whole way through and not ‘album chart hopeful’. It's a huge relief that the direct expression of his work in a live environment entirely lifts it out of the confines of the studio to the heights his hype deserves.

The latest publicity drive to promote Graham, besides the ubiquitous album posters on the tube, is up in lights on a giant hanging billboard on the way out of Clapham Junction - no doubt the route most fans take to reach The Grand. Obviously, there’s no problem with aiming for chart success and having money behind you, but I'm not alone in thinking the music suffered on Human, and the extra attention is the most demonstrable difference between his superior previous studio work and now.

It’s a bit of a slow start. Laudably, the night is twinned with the charity War Child with proceeds and fundraising drives on the door. Their logo is also boldly emblazoned on the stage floor to ensure all the fan snaps promote the cause too. Easing into his set, Rag ‘n’ Bone Man opens with “Wolves” and “Ego” to get himself going. He admits to being a little nervous having not done a show for a while. Initially, still a nonplussed cynic at this point, it turns out he was starting small in order to build and gradually enthral the packed crowd.

He sparks into life on “Your Way or The Rope”, a track available on the deluxe version of Human, where he seems to be able to cut loose a little, singing along to the R&B beat and snap, wandering around the stage to this funkier tune. Talking of funky, he is wearing such a garish shirt he feels like he has to apologise for it, claiming it was the only one he had after a spilt drink put pay to his first choice.

Another older song “Disfigured” mellows the mood, perfect for Valentine’s Day, followed by “Lay My Body Down”. The latter is "about a serial killer", Graham half-chuckles, aware of the irony of being melancholy on such a night. "I'm just full of misery" he jokes. We don’t wait long for some cheerier numbers though. It's a well thought-out set.

Explaining that he has begun to prefer playing “Skin” acoustically, Graham silences the venue with a chilling vocal accompanied by piano. Once finished, he struggles to continue over the sustained ovation and whistles. It’s a beautiful song when stripped back like this, one of the strongest on the album and an abiding memory of the night. In a similar vein, even the weaker “Odetta” gains some traction as a simply backed piano ballad.

Some of the loss in translation on the album is clearer in performance. “As You Are” begins as a duet, then with increasing support it gains a gospel rapture bringing everyone together as they sway in harmony. It scrapes off the saccharine edge it has on the record, and is welcome escapism for those few minutes. Again, soon after “Be The Man” comes over with the same result.

The big showpiece for “Human” is actually not as affecting as the “Die Easy” a cappella. Well into the show by now, the pay-off is well worth the slow start. He returns to encore “The Bitter End”, an obvious, but perfectly apt finale with affirming chorals and a hell of a falsetto on his closing note.