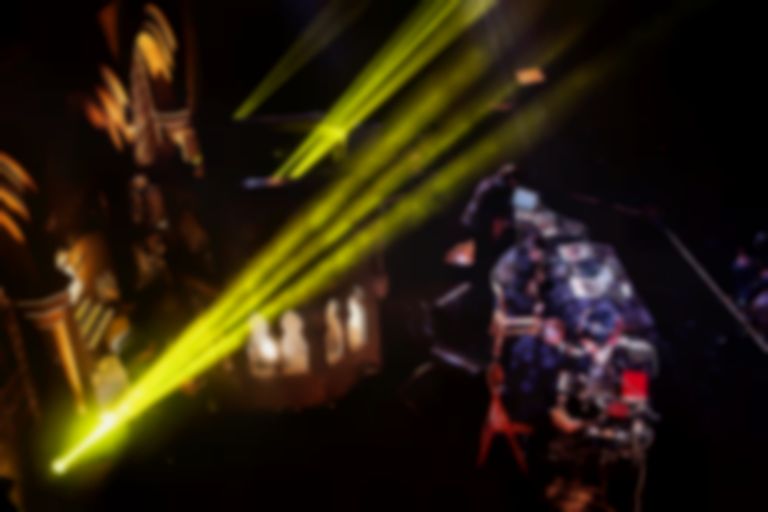 From an eerie live score of Nosferatu to a compelling rendition of Sufjan Stevens, Organ Reframed puts the Union Chapel’s newly refurbished 1877 Henry Willis organ at the centre of an astonishing weekend (7-9 October) of delights.

Towards the end of Saturday night’s programme of music, Claire M. Singer – the curator of Organ Reframed – gives a rendition of her piece "The Molendinar", composed specifically for organ. Part of the festival’s mission statement is to shatter contemporary audiences’ preconceived notions of the instrument, while showcasing its immense, diverse capability. And it’s hard to imagine a more arresting demonstration of the organ’s power than this piece.

Swelling across a blissful and intense twenty-five minutes or so, Singer eases the familiar tones of the organ through repeating loops of drone and ambience. Glacially, minute by minute, the piece expands into ever deeper, richer and, of course, louder sounds, showing the instrument off with force.

Where the piece really excels is in the way that it keeps adding new frequencies to its texture, at both the upper and lower registers simultaneously; adding near inaudible harmonies across the top of the tones at the same time that impossibly low rumbles get slathered underneath the bulk. At both ends of the spectrum of pitch, the piece expands outwards and outwards and outwards in each direction. It is beautiful, frightening and created by the unique capabilities of the organ.

This is just one particularly potent highlight from three evenings of music which are lovingly curated, illuminating the history of the instrument while demonstrating an impressive relevance to the present day. On Saturday, the programme begins with a rendition of a 14th century composition, thought to be the oldest recorded example of keyboard music. By the evening’s conclusion, we have a full scale collaborative commission, bringing in the abrasive wall of Fennesz’ guitar, and the chopped up, fuzzed out turntable sampling of Phillip Jeck.

Even when it moves closer to traditional programming, Organ Reframed has plenty of treats and surprises. After the interval on Sunday, James McVinnie plays the organ while accompanied by the London Contemporary Orchestra, whose members are spaced around the Union Chapel balcony. This – along with the fantastic sound installation "A Knowing Space" by Bill Thompson, nestled in the stony stairwell – shows a keen awareness of the relationship between sound and space; creating a programme of music designed not just for a specific instrument, but even for a specific building.

It is this devoted attention to detail which makes Organ Reframed much more than a charming curiosity piece, and a truly wonderful weekend of exploration. The chasm between 14th century and 21st century music might seem impassable. Similarly so with the gulf between solo organ, and thick, hazy electronics. But Organ Reframed makes the synthesis look natural and effortless and, most importantly, thoroughly rewarding. This is bold, brave programming, and situates the organ within a new landscape of contemporary music while paying tribute to its rich heritage.