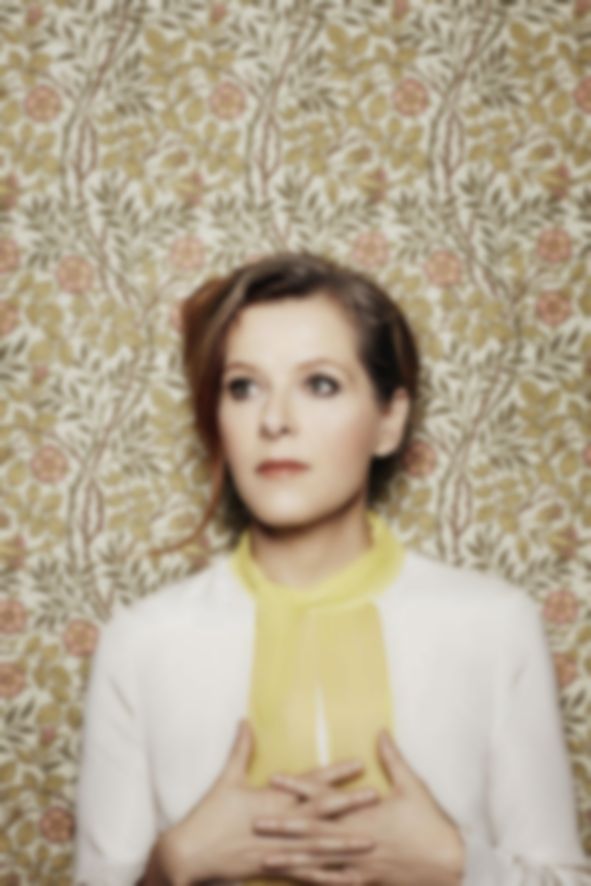 Probably the best reason for the existence of end-of-year lists – aside from providing the basis for an inordinate amount of hand-wringing think pieces – is that they’ll always flag up a few records you managed to miss first time around, usually in time to squeeze them onto your Christmas list. One such album this year, I suspect, will be Neko Case’s The Worse Things Get, The Harder I Fight, The Harder I Fight, The More I Love You, which rivals some of Fiona Apple’s finest in its utter disregard for titular brevity.

Tonight’s venue is one of Manchester’s lesser-used, which is a shame given what a hive of musical activity it seems to be, at least to the outside world; you can walk by the building’s main facade on Oxford Road at all hours of the night and see all manner of classical students honing their craft through cutaways in the wall. The concert hall itself has no stage, with Case and her five-piece backing band setting up on the floor, an elevated, near-capacity crowd in front of them and an imposing organ behind them – “we’ve been dying to play it all day, but we’ve been told not to touch.”

The Worse Things Get dominates proceedings tonight, with the simmering “Where Did I Leave That Fire” getting things underway; it’s one of a number of tracks on the record that leans on Case’s penchant for sparse instrumentation, the low buzz of the bass the only constant aside from the vocals. Her appetite for the lengthy generally doesn’t extend from album titles to song duration; the boisterous “Bracing for Sunday” and harmony-driven “Local Girl”, both delivered early on, are cases in point, as she packs twenty-one tracks into a seventy-five minute set.

This is Case’s first show in town for four years, but there’s little attempt to cater to those hoping for a genuine career retrospective; only snatches of older material make the cut tonight, with “Set Out Running” the sole survivor from the ‘Neko Case and Her Boyfriends’ days. The folksy “I Wish I Was the Moon”, from 2002’s Blacklisted, is a nice addition, but there isn’t much to mask the fact that much of Case’s early output was the sound of a young songwriter yet to really master either her vocal delivery or her lyrical approach.

It’s no wonder, then, that she spends so little time looking back; the jangling guitars of “Red Tide”, country-tinged “This Tornado Loves You” and Worse Things Get highlight “Night Still Comes” are all indicative of the solid sonic niche that Case has carved out for herself, and given that her new record is largely concerned with themes of depression and insecurity, its live iterations sound remarkably self-assured. She’s indebted to her backing band for much of that polish; Kelly Hogan’s vocals provide a superb foil, and her consistently entertaining stage banter – from describing cough syrup as “banshee’s phlegm” to a failed attempt to coerce guitarist Eric Bachmann into performing the worm – is by no means unwelcome.

Case hasn’t been hugely specific about the personal difficulties she’s faced these past couple of years, but it is hugely to her credit that she’s emerged on the other side not only with perhaps her best record to date, but also as charismatic and endearing a live performer as ever. The timing of tonight’s show seems fitting; her blurring of the lines between folk and pop, sharp wit and sheer force of character remind me enormously of Kirsty MacColl. It’s rare to see a songwriter growing into themselves quite so gradually and quite so gracefully; she’s taken her time about it, but Neko Case is nudging her way into America’s songwriting elite.