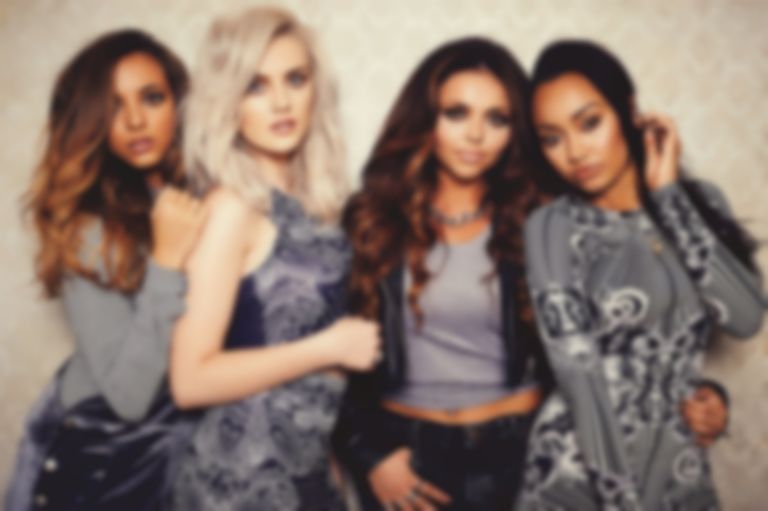 The atmosphere in Hove this Friday evening is one of palpable excitement. It’s the first night of Little Mix’s Summer Hits Tour, and the band’s first UK show of 2018.

Fans are gleeful at having their girls back, and are buzzing with questions about the show ahead. What’s the setlist going to be? Will they be singing the newly released single, "Only You"? What are their outfits going to be like? How is the stage set up going to look? It’s a privilege to be in amongst this energy, to soak up the anticipation and joy that radiates from each and every person around. Yes, even the dads – they might feign nonchalance, but it’s clear they’re looking forward to the girls arriving onstage just as much as their children and the teens who surround them.

Opening the show are the Australian three-piece, the Germein sisters. Their arrival onstage is understated, seemingly out of place on a tour such as this – but the trio are charming enough that it works out just fine. Adorned with sequins and big smiles on their faces, they launch into their unreleased material without hesitation – evidently confident in their sound and, more significantly, so genuinely happy to be here. Although nobody is familiar with their music, the band easily get the crowd clapping to the rhythm, waving their arms in the air and dancing freely. For the third song of their set – new single "Talking" – drummer Clara rises from behind her kit and joins her sister Ella in singing the first verse. It is a moment in which the love the three sisters share shines brightly for everyone to see, something which touches the parents in the audience, and has best friends hugging each other tightly. However, the highlight of the set arguably comes when Germein announce they are going to play a cover – and choose a well-known song from a popular 90s girl group. There is a huge sing-a-long – one which no doubt will come to many of Germein’s original songs with time, once people are more familiar with them.

Following Germein are Rak-Su, a more familiar act to many in the audience – the group are the most recent X-Factor UK winners, the same show that brought Little Mix together and into the spotlight. They play several songs that fans seem familiar with, and display impressive dance moves – but it lacks the empowering, coming together feeling that Germein brought. However, it does get the crowd singing loudly and moving well – particularly when Mustafa leads a small DJ set, mixing up top 40 hits of the past year such as "Shape of You", "No Tears Left to Cry", and "Answerphone". The boys are fun, and leave people bursting – more than ready for Little Mix.

Naturally, the girls make a dramatic entrance – parading down huge steps to the main section of the stage. They open with "Touch", their sexiest single by far, moving to a choreographed dance routine that somehow manages to feel spontaneous. This is something that Little Mix do well – they work hard to ensure that their performances are polished, but are down-to-earth and cheeky enough in themselves that their performances feels raw. It feels like they’re your best friends, that you too are a part of the tight circle that the four-piece maintain between them. This inclusivity has long served the girls’ career, their appeal being in their openness with fans and genuine love for each other – something not everyone in their shoes manage to achieve.

The night continues with hit after hit, showcasing many of the finest and most fun pop songs of recent years – including the band’s early singles "Wings" and "Salute", as well as the undeniable tunes from latest album Glory Days. These songs are often passed off by ‘serious’ music types as generic, but they certainly make the crowd feel good – and isn’t that, at the end of the day, one of the most special things music can do? Which is not to say there’s nothing deeper here, either - that’s entirely untrue. The ballad "Little Me" has teenage fans in tears, as they sing along to the encouraging words they never heard when they were younger. One can only hope that the messages of the song get through to the younger fans present tonight, too. It is one of the highlight’s of the set, alongside the girls’ rendition of "Secret Love Song, Pt.II" – which is accompanied with rainbow lights, a tribute to Pride weekend and to Little Mix’s many LGBTQ+ fans. There’s something special in the air throughout the night but in that moment in particular – and that’s not a feeling anyone can take away from, certainly not the people who think it’s cool to look down on teenage girls and the things they love. Who got the power? Maybe it’s us, after all.