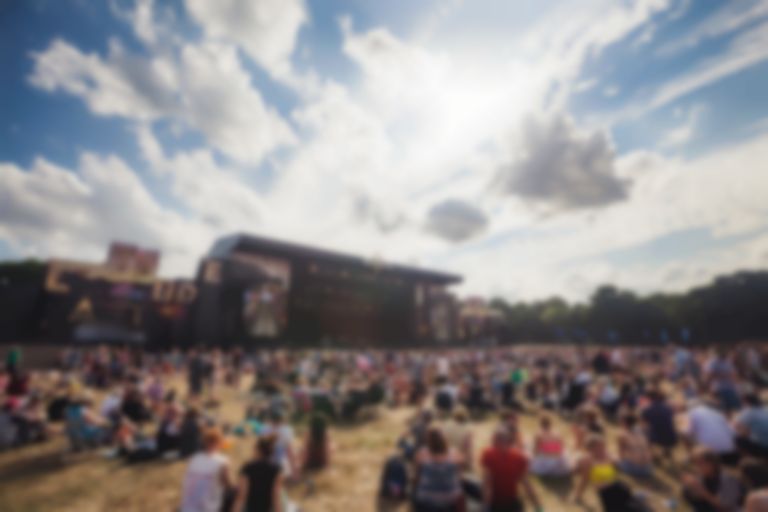 When confiscated items at the entrance to guest camping include half a bottle of Cholula hot sauce and an unopened jar of lime marmalade, you know you're not at Download.

For many years now, Latitude has consistently held its position of pomp within the festival circuit to such success that our understanding of the UK festival has warped from portaloos, mud and vomit towards woodworking, drama and wholefoods. Having never been to Latitude before, I have always viewed it with an excitable curiosity in the way the stereotyped clientele might size-up a limited edition tapenade.

Latitude is the benchmark for bubble-wrapped festival weekends. There's a full service restaurant next to the kids zone, but they’ll DJ house there till 3am. They've spray painted the sheep pink, but you can’t go swimming in the lake before 9:30. Once it's after 2am they’ll let DJ EZ play, but there’ll be no garage before then. Striking this balance is the key to not only the revellers' happiness, but survivability in the modern competitive festival scene. It’s a good job then that Latitude still has it sussed. 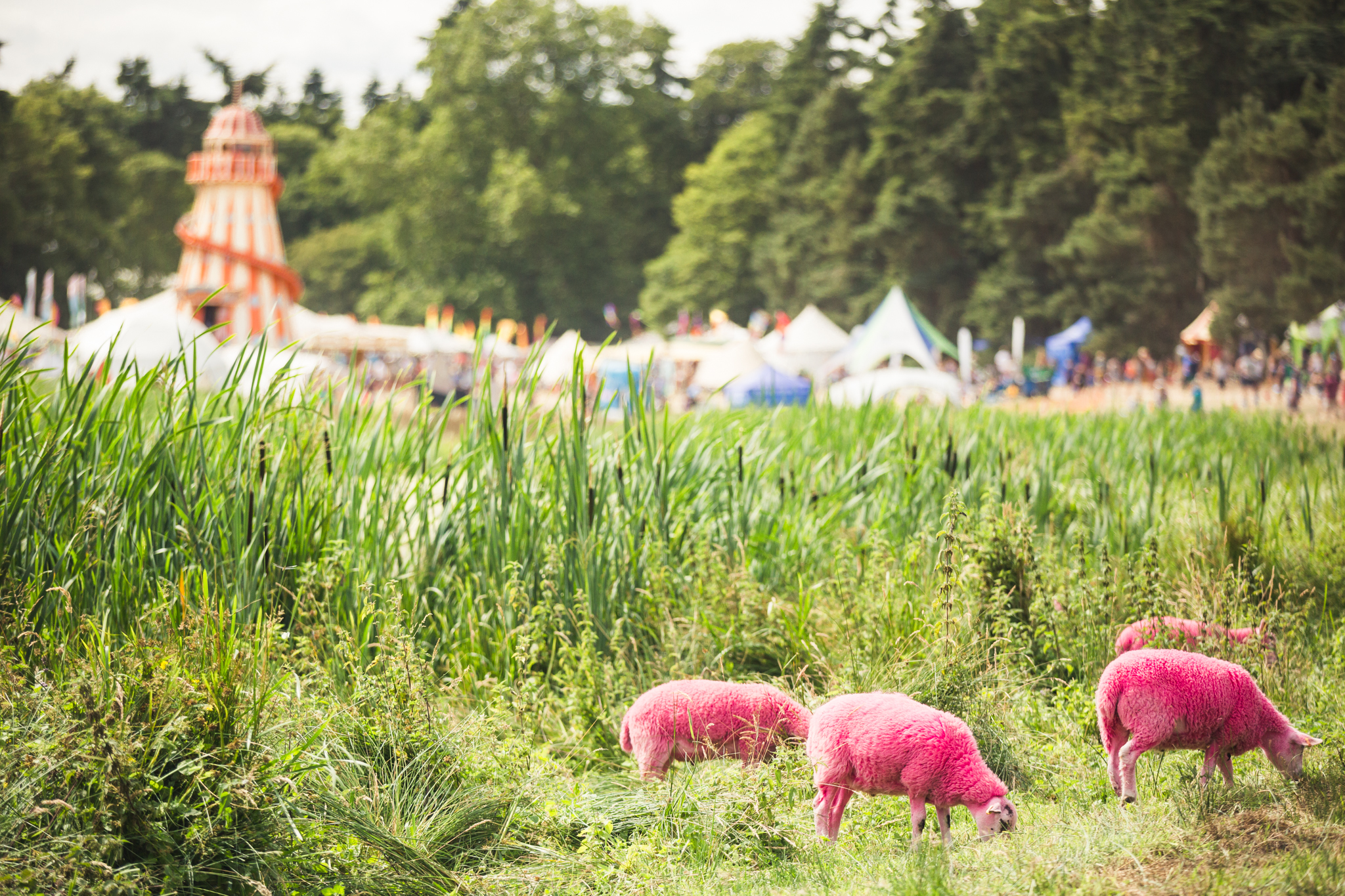 This is Latitude's tenth anniversary, and apart from celebrating by booking the two biggest names of the weekend as “secret sets” (we’ll get on to Thom and Ed later), the quality and quantity of acts available was as good as anywhere this summer. From Toro Y Moi, to Savages, to Young Fathers and Adult Jazz; it’s a line-up spanning the full range of a BBC 6 Music playlist. With this is mind, it’s unsurprising that Public Service Broadcasting pulled in the first tent-filling set of the weekend with their unmistakeable combination of rock and samples (in the 6 Music Tent, no less). A similar demand was not be seen until the night shift brought along Jon Hopkins' perfected and engrossing live show. Reliably balancing the best of 2013's Immunity with mesmerising visuals, the crowd's part-activation at this point hints to a darker side of Latitude that is, at many points, noticeably lacking.

Friday evening’s initial impressions of Latitude are an idyllic summer getaway heavily populated with families. When coupled with one stand dedicated to cordials and the longest breakfast queue being for organic porridge, there is a nervousness that Latitude is even softer than stereotyped. Blocking this out and focussing back on the music, Alt-J’s headliner slot is expectedly faultless – their steady rise up the booking lists feels very comfortable to them. It’s also comfortable to the crowd – as the main stage at Henham Park happens to have actual seating (!) for those fed up of standing up. As much as it feels like cheating to have a significantly sized seating section around the main stage, it does give the back a rest. At this point I realised Latitude was starting to age me over and above what I felt comfortable with, and therefore I made dive towards youth by heading to the iArena where we had gotten wind of Ed Sheeran's approaching secret set. 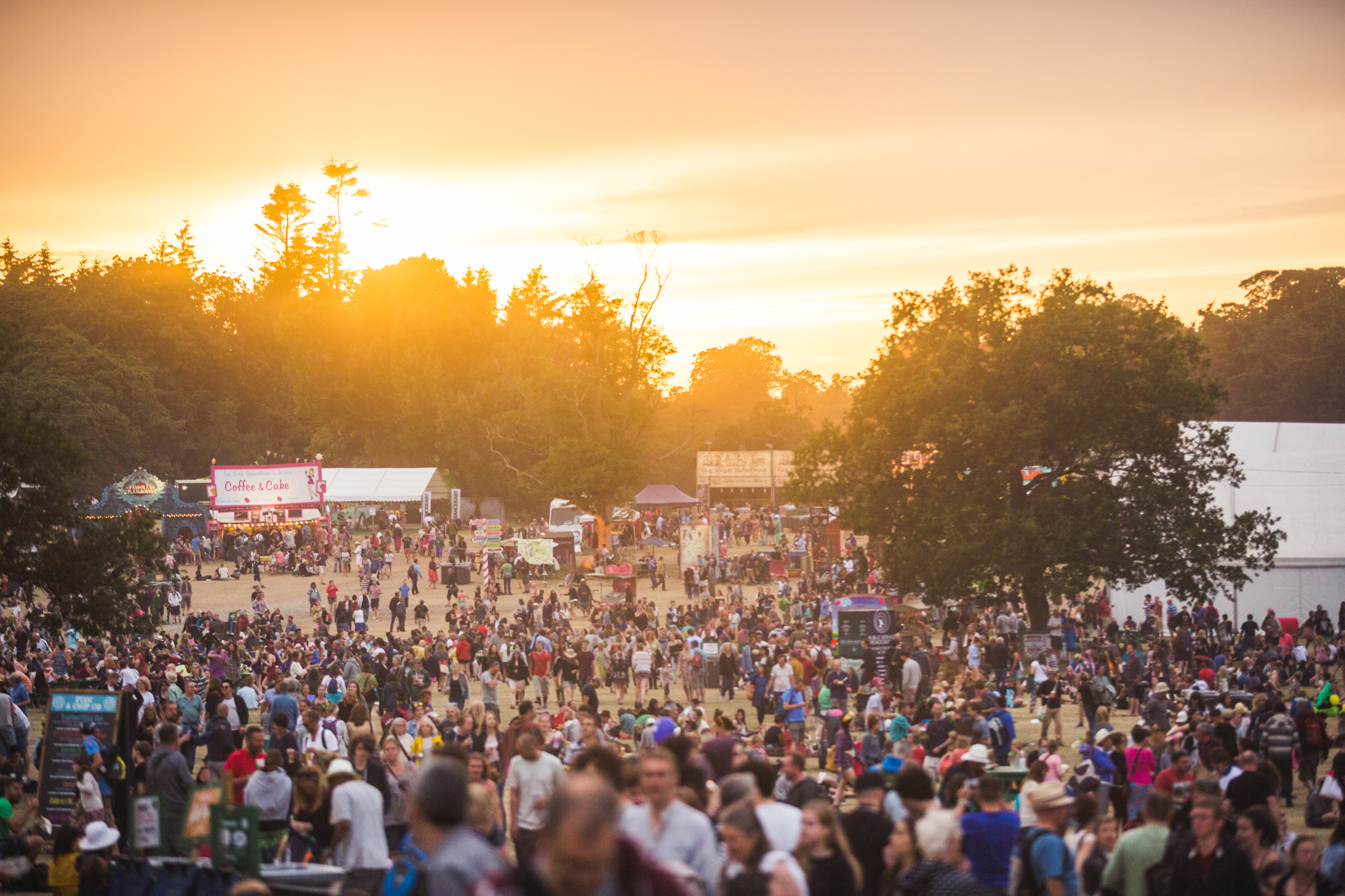 Ed Sheeran - from the point of view of an onlooker rather than a core fan - put on a phenomenal show. As well as providing what for many will be a musical highlight for years, it's pleasant to see any artist so adored in such a small space - and put in the same levels of energy despite officially being off tour following three nights at Wembley. Perhaps the stage itself lent a hand. Although as a whole Latitude looks bloody lovely, the iArena had the good fortune of booking some excellent bands for its beautiful space: Izzy Bizu's lunchtime pop brought some much needed bounce to cut through the hangovers; later on Leon Bridges, Ibeyi and Grandbrothers added exceptional performances to Saturday’s considerably stacked line-up.

The rest of the site, once through the dust clouds caused by this too-good weather, contains just as many festival highlights. Chilly Gonzalez’s early Saturday set revealed his ability to be well-humoured when up against noise pollution – managing a sing-a-long over the top of the “funky man” (Benjamin Booker) whose voice was carried across the river from the main stage. The stage itself is one of the most stunning I’ve seen at a festival, acting as both a visual and artistic centrepiece. Throughout the weekend music and dance of all genres was paraded in front of one of the main connecting walkways. Great in its own right, but greater for raising awareness of extremities for those less committed to head obscurer areas of the festival.

What’s more, it plays to the festival’s strengths. Latitude's ace is its championing of the wider arts - with considerably large stages for poetry, comedy, and cabaret than many other festivals of a similar size. These were also regularly full well into the evenings. Andrew Marr followed by Mark Steel made sure to keep the Literary tent packed throughout their slots, comedy rarely had space to sit every time I peered in. These attractions aren’t gimmicks at Latitude – they’re a considerable part of the appeal. 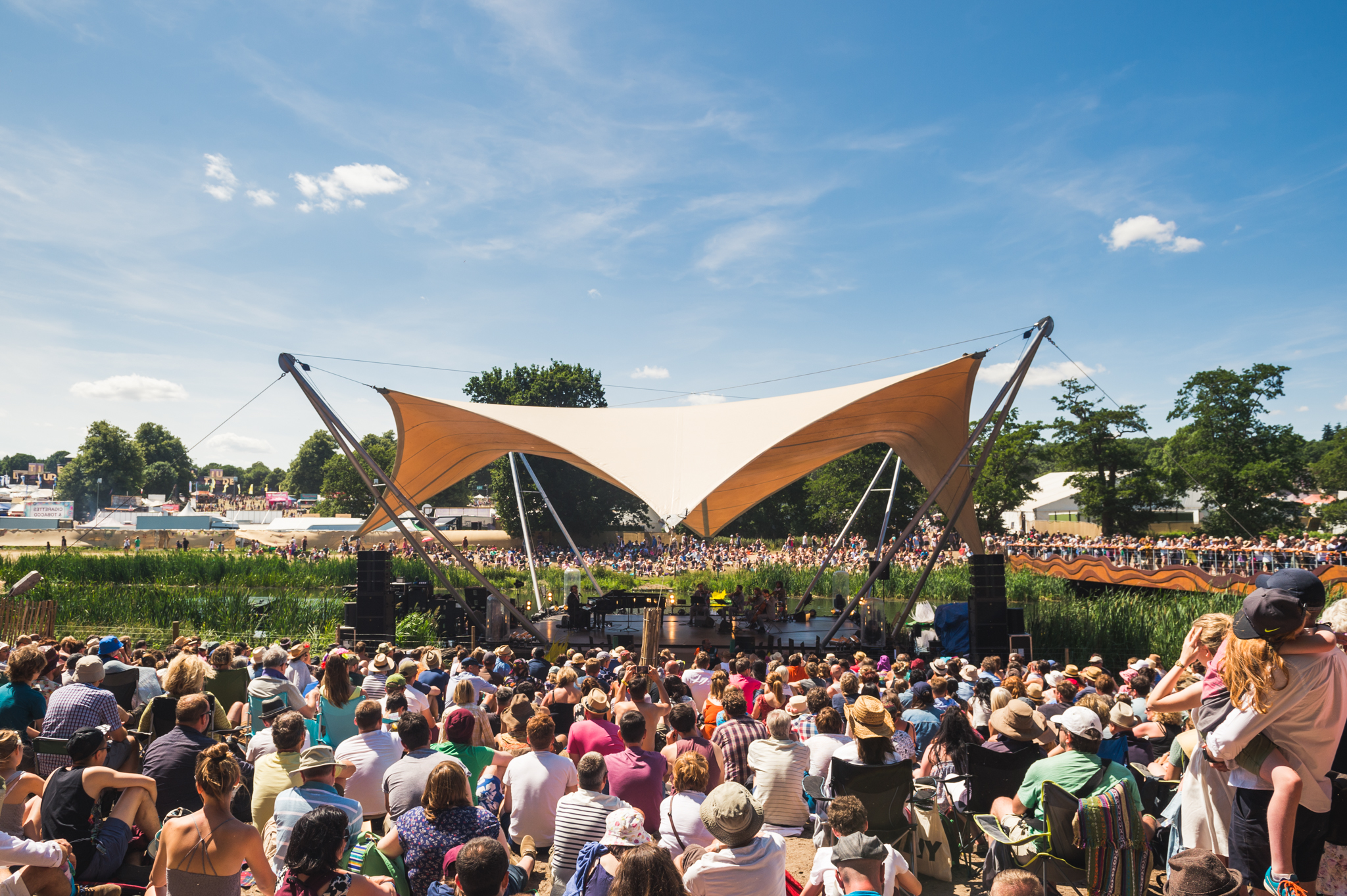 Musically, Portishead offer up one of the standout performances of the weekend. An atmospheric deliverance of grief and passion, it grabs an impressive percentage of the festival chatter from thereon out down to Beth Gibbons’ beautiful voice, Thom Yorke’s appearance alongside her on “The Rip” and David Cameron’s giant gleaming eyes. However per size of stage Thom Yorke's secret set following does even better – initially. Becoming impossible to get to almost immediately, fortunately some early DJ EZ fans are unable to handle the electronic wailings and free up space for the last half an hour – but it only confirms why they left. The set is not one that’s festival-friendly, and with a few technical difficulties alongside, it’s frustrating for everyone.

However Post-Yorke, Saturday night finally unveils Latitude’s party atmosphere. Following DJ EZ blowing the top off the iArena, witnessing a completely fucked Keith Allen dancing around to a Nirvana cover with a brass band will be a lasting memory of Latitude. With revellers of all ages gorging on a performance equal parts lunacy and brilliance, it felt like a true festival moment: one initially co-ordinated, but let loose, authentically bizarre. The way this madness is drained away to leave the morning suitably beautiful again is surreal - by the time C Duncan plays his melodic indie pop on the same stage, it's as if what happened last night was a different world.

In its tripartite life as artistic paradise, music festival and family getaway, Latitude is a nanny state that you don't mind belonging to – offering up just enough freedom to feel released from the shackles of normal life, whilst securing you that the probability of finding someone else's vomit in your tent is relatively slim. It provides for a multitude of tastes and ages without taking over the size of a medium-sized city. It educates, it entertains, it possesses a quality of modern festival that is respected through imitation around the UK's summer of music. Even if glass jars of marmalade are out of the question, Latitude's continued presence in UK summers is a thing worth celebrating.