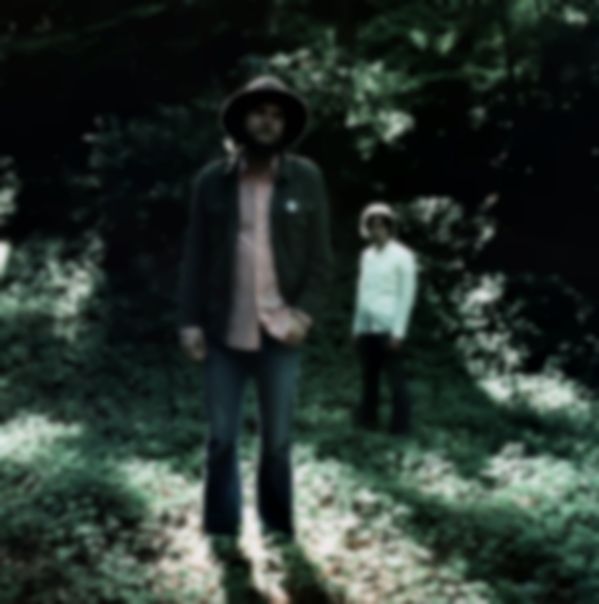 The function room of the New Oxford pub seems somewhat undersized to host two of the finest contemporary purveyors of traditional American folk on a rare trip to the UK and an even rarer to trek to the North. The cosy confines soon turn out to be a blessing in disguise, however.

M.C. Taylor – the North Carolina-based songwriter operating under the Hiss Golden Messenger banner – has barely made it through a beguiling version of ‘Jesus Shot Me in the Head’ (one of the highpoints of 2011’s Poor Moon, something of a breakthrough album for Taylor following several years of toiling with varying fortunes in the business of making music) to the beyond-packed room when the venue loses electricity. “Does electricity also get a day off on Bank Holiday?” Taylor jests. The answer, unfortunately, appears to be yes. Power is soon restored, only to vanish again minutes later, this time for good, save for enough juice to fire up erstwhile Lambchop (and HGM) guitarist William Tyler’s amp.

Lesser performers would pack up and storm off. In town as part of the Sounds from the Other City festival, which takes place across several venues in in Salford, Taylor and Tyler regroup to produce an improvised performance that’s bound to be unforgettable for the lucky few who have managed to squeeze in to the venue.

Standing precariously on a stool to maximise audibility over the clatter of glasses drifting from the other end of the pub, the lack of amplification seems to bring out the full expressive power of Taylor’s rust-and-honey voice, emphasising the unadorned beauty of his melodies and – most importantly – the compelling depths of the lyrics.

Mysterious, brooding songs like ‘Sufferer (Love Thy Conqueror)’ from career-best, deservedly praised new album Haw (dedicated to Songs:Ohia/Magnolia Electric Co.’s Jason Molina tonight) dodge easy interpretations, yet pack far too much emotive power to slide into meaning-skirting obscurity. Spiritual concerns crop up regularly, much as they do in the classic country music that is one of Taylor’s key influences. The infectious ‘Busted Note’ is introduced as a song about Jesus without a hint of irony but, again, doubt, unease and openness to multiple readings keep comforting certainties at bay.

As potent as Taylor’s timeless country-got-soul songwriting is, this isn’t solely his show. Apart from contributing compelling atmospherics to many of Taylor’s songs (including a stinging lead guitar spot on the raucous ‘Red Rose Nantahala’), Tyler wheels out a number of tracks from much-acclaimed new album Impossible Truth, essaying near-superhuman dexterity on the fretboard – you’d swear there were at least three guitarists on stage – and finely honed, melodically endowed, modernised take on the long line of American folk/blues solo guitar explorations.

It’s a testament to the potency of Taylor and Tyler’s performance that the squeezed room is entirely hushed throughout the set. The crowd’s rapt attention during the very literally unplugged performance isn’t lost on the performers. The phrase ‘we’re all in this together’ sounds horribly hollow when parroted by austerity-peddling politicians. When Taylor liberates a crate of beer from the backroom to hand out as liquid thank you’s to patient listeners, however, it feels as if we’ve been part of a much more communal, boundary-free experience than a standard-issue gig. The brisk traffic at merchandise stall afterwards suggests that the extra effort Taylor and Tyler have made to entertain the crowd tonight hasn’t been wasted.