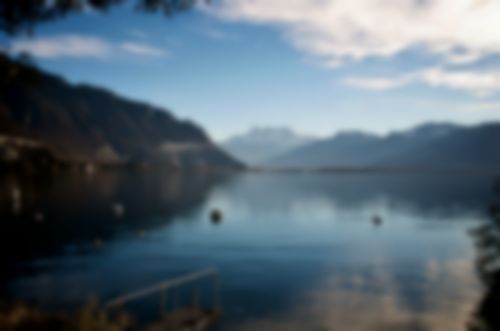 -
Click on any image to enlarge | All photographs by Ro Cemm

What do you think of when someone says Switzerland? Cheese? Chocolate? Bankers maybe? Bet the chances are Canadian indie bands wouldn’t be very high on your list. Yet last week the little town of Vevey, situated on Lake Geneva between Lausanne and Montreaux played host to some of the biggest names in indie rock. What started as a dream for local record store owner Pascal Roth and his partner just a few months ago became a reality. Over four nights, the Salle de Castillo played host to the Heartland festival, with headline shows from Owen Pallett, Broken Social Scene and Do Make Say Think, ably supported by the great and the good of the Canadian music scene.

Whether it was the beauty of the setting, the respect that comes from an audience who are not normally able to see such acts, or the camaraderie induced by seeing familiar faces in strange surrounds, Heartland seemed to bring out the best in all the performers- giving the whole event a relaxed air and the spirit of collaboration. King and Queen of collaboration were Toronto duo Snowblink, who performed selections from their recently released Long Live album, patiently building folk-pop around frontwoman Daniella Gesundheit’s tender and expressive vocals. Having toured with Owen Pallett in their native Canada, it was little surprise that he should appear as a guest on their set. What was more surprising however was the choice of song: “Take My Breath Away” by Berlin (or the Theme from Top Gun as you might know it better). As the audience slowly recognised the song, smiles spread around the room. They were smiles that wouldn’t leave for the rest of the festival.

Following Snowblink was Andre Ethier, the former Deadly Snakes frontman, who belted out his love-lorn melodies, arms outstretched and voice impassioned as he worked through a set that called to mind Dylan’s Rolling Thunder Review, mixing folk blues and occasionally moving in to classic soul territory, with swelling organs and the rhythm section from Toronto’s go-to party band Steamboat. Dan Bejar and Destroyer followed Ethier with a nervous energy that fed into his performance. Running through his acclaimed back catalog, guitars jangled as the lyrics tumbled from his mouth, throwing out references in his often near spoken-word delivery style. Bringing to an end the evening’s entertainment, Owen Pallett performed a now rare solo show. In a stripped down setting Pallett’s prodigious talents seemed amplified, the looped passages of “This is the dream of Win and Regine”  filling the old hall to the rafters. Often known for live covers, he closed the evening with a pumping rendition of Caribou’s Odessa.

The party atmosphere spilt over into the next days Arts and Crafts showcase. With three multi-instrumentalists in the band there is no one focal point for Zeus, although the mustachioed Carlin Nicholson does seem to take to the spotlight with a twinkle in his eye. Nicholson throws poses that bear a striking resemblance to the nearby statue of Freddie Mercury while the band play their crisp take on 60s and 70s infused hook-heavy pop, all warm organ tones and fuzzy bass lines.  Joel Gibb of The Hidden Cameras was also in the party spirit, and seemed to be delighted to be surrounded by so many familiar faces. Now resident in Berlin, this was the Hidden Cameras (European Edition). With both crowd and artists in good spirits the numbers onstage swelled as the set went on, including guest appearances from Daniella and Dan of Snowblink and the horns of Broken Social Scene. Gibb stalked the stage with aplomb, jousting with his cello player as the band ran through what amounted to a ‘best of’ set.

As festival organiser Pascal Roth pointed out before the band began, for Broken Social Scene to be playing a friday night in Vevey is quite a coup for the little Swiss town. Yet, from the moment the multi-limbed touring machine clamber on to the stage it is clear that they are the ones who feel privileged. Kevin Drew thanks the audience and the crowd for making the show a genuine “moment”. While the band has a reputation for delivering quasi-religious celebrations, tonight feels like a genuine moment, from the rampaging horns of “Meet Me In The Basement”, the hook heavy “Fire Eye’d Boy” to a sultry run through “Anthem For A Seventeen Year Old Girl”, which saw Snowblink’s Danielle Gesundheit take the stage once again to provide the harmony parts.

The final evenings show saw the most eclectic line up of the festival. Kicking things off early with an emotional performance were The Acorn, whose frontman Rolf Klausener quickly won over the crowd by revealing that his family were in fact Swiss and that there were several members in the audience. As the smoke billowed around them, the band tore through a dynamic set that drew heavily on this years No Ghost album, their two-drummer attack providing extra rhythmic muscle that drove the set forward. Montreal’s Timber Timbre followed, flooding the stage with red light and smoke for their haunting take on the blues, slide guitar and violin adding to frontman Taylor Kirk’s sinister and hypnotic croon. Once again, the collaborative urge took hold, and various members of other bands join the band on stage to add percussion and keys for “Lay Down In The Tall Grass”.

Taking a night off from supporting fellow Canadians Holy Fuck on their current Euro tour, Nova Scotian hip-hop hero Buck 65 (Rich Terfry) brought his twitchy dance moves to the stage, spitting his hyperactive mile-a-minute word flow over a broad range of samples that took in Electralane, The theme from Twin Peaks and far more besides. Jumping between scratching at the decks, and clowning and body popping at the mic, Terfry is a true performer, and the audience found it hard to take their eyes off him thought the frenetic show.

“I’m not one for big speeches, but you are about to see one of the best live bands in the world.”  A bold claim on behalf of the organisers, but one that Do Make Say Think spend the two hours following this proclamation proving to be accurate. A one off show, and their only European date of the year, the band set about their powerhouse post-rock with a unique singularity of vision, negotiating shifting rhythms and surging instrumentals, and combining to create a wall of sound that seems to shake the very foundations of the building. As the band stand, exhausted but beaming at the front of the stage at the end of the show, guitarist Justin Small embraces the organisers and declares Heartland to be the best Canadian Festival that Canada will never see. He may well be right, at least until next year. 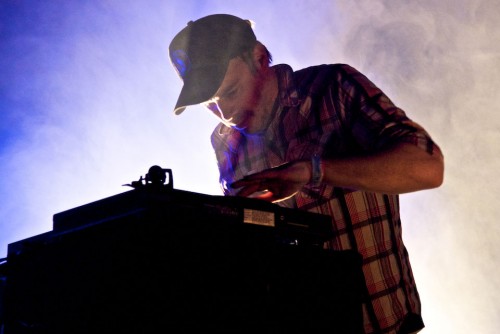 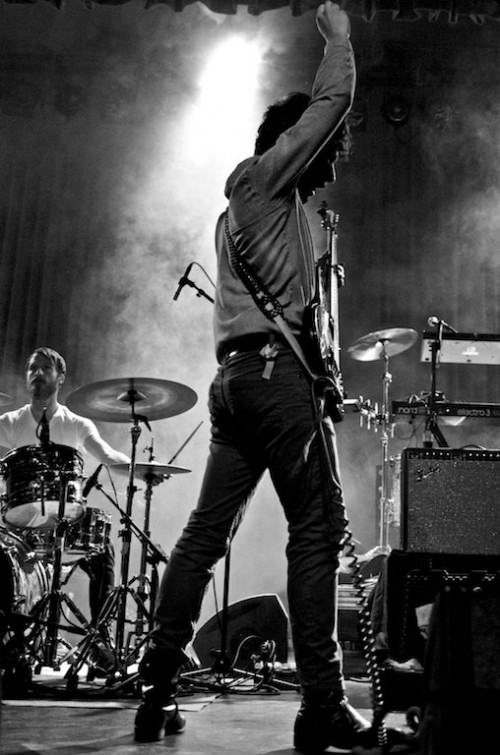 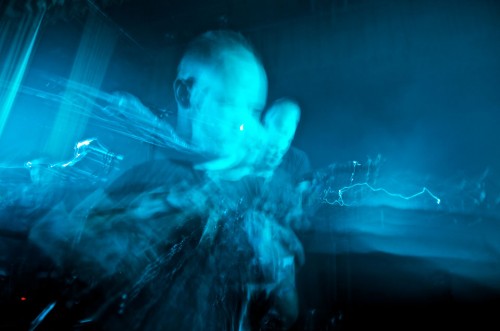 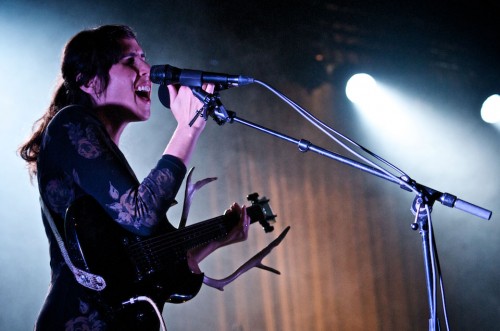 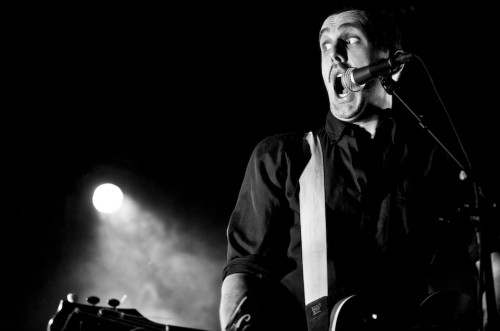 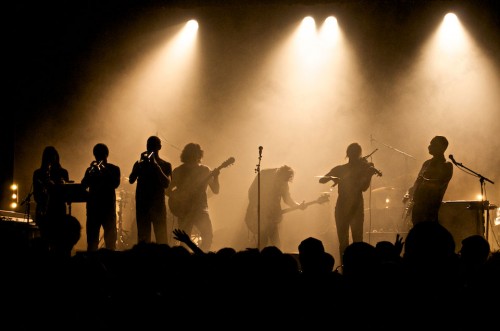 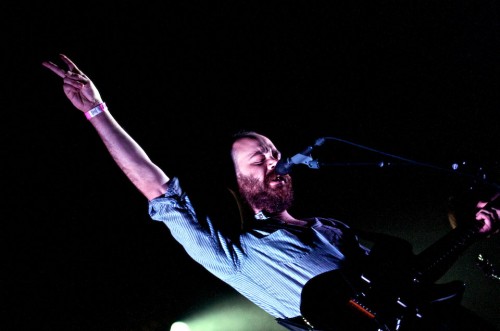