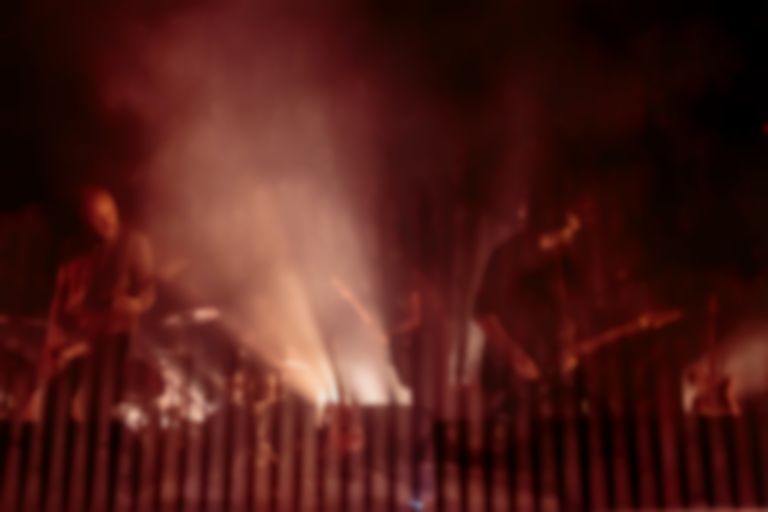 The mid-Noughties have a hell of a lot to answer for - Little Britain, landfill indie, that brief but inexcusable period where Crocs became socially acceptable - but the flourishing of the genre typically referred to as “post-rock” isn’t one of them.

The likes of Mogwai and Godspeed You! Black Emperor trail-blazed the formula for slow-burning musical catharsis in the 90s (i.e. quiet bit, loud bit, quiet bit, glacial crescendo, TINNITUS), but post-rock really came into its own the following decade, with bands like Yndi Halda, Mono and Texan four-piece Explosions In The Sky. Sure, it doesn't tend to be the most innovative or adventurous genre in the world- if you're listening to a post-rock album, there's a 80% chance it'll feature a military snare drum at some point- but there's a comforting familiarity in its predictable nature, especially as the results often redefine the meaning of "epic".

Whilst some of their peers utilise orchestras and fancy projections, Explosions in the Sky are a pretty stripped-down bunch - a standard guitar/bass/drums set-up, along with a metric fuckton of effects pedals. Their visual effects follow a similar "no bells and whistles" approach- a smoke machine, some moving strips lights laid in front of the band, and that's your lot. But what they lack in gimmickry, they more than make up for in the proficiency of their performance.

EITS have been around for 15 years and it shows - but not in the sense that they're going through the motions, or that they're past their peak. Rather, they're a band who are effortless in their excellence - they know how to construct a balanced setlist that makes the most of the ebbs and flows of their trademark sound, they know how to engage the audience without unnecessary flamboyance, and they're technically beyond reproach. The band have always presented themselves as a democratic band with no real "leader", but to a certain extent guitarist Munaf Rayani is the focal point of their live shows, with his energetic guitar stylings and occasional forays onto the snare drum (I wasn't lying about that). He provides a welcome touch of visual energy to a band that could otherwise seem dour and self-serious, and due to their lack of on-stage chat - indeed, there aren't even gaps between songs tonight (Brixton Academy, 12 October) - his obvious pleasure in performing augments the connection between band and audience.

But ultimately, they're all about the music- and playing it bloody loud. Opener "Wilderness", the title track from the new album, sets the tone for the rest of the show, i.e. minimalist guitar-lines and restrained drums that gradually crescendos into an grandoise climax, and there are few deviations from that setup for the whole hour and a half. This is both EITS' greatest strength and their most damaging weakness - it means their weaker tracks are near-indistinguishable from each other, but also guarantees their best work is invariably breathtaking.

Thankfully, tonight strongly leaned towards the latter tendency, with particular highlights including “Disintegration Anxiety”, which fely most like an evolution from the typical blueprint with its staccato rhythms and relative brevity, and established classic "The Only Moment We Were Alone", with an ending so jaw-droppingly cacophonous that it's a surprise Lambeth wasn't reduced to rubble. In an interview from earlier in the career, Explosions In The Sky noted "there's no talking during our sets- we're gonna demand your attention". In that, they most certainly succeeded.