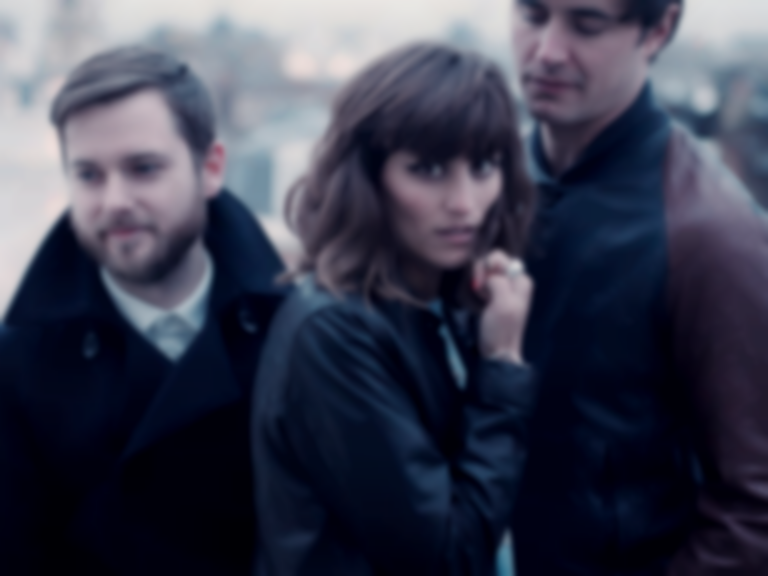 Canadian pop master-chefs Dragonette have cooked up a gourmet musical concoction with their latest album, Bodyparts, and as they have not done a live show in the UK since what feels like 1937, there is much excitement at Cargo tonight.

The show is part of Popjustice’s Christmas knees-up and everybody seems to be in the right mood for a generous serving of quality popsmithery. Dragonette fail to disappoint. Kicking things off with debut single, ‘I Get Around‘, the trio emit familiar audio-pheromones that instantaneously delight both long-term fans (who are fairly easily discernible in the crowd) as well as more occasional listeners. Martina Sorbara’s voice is at war with a cold, but it’s making best endeavours to win. She is all legs, cheekbones and stage presence and throughout the show she, drummer Joel and partner/keyboard-twiddler Dan are demonstrably elated at the warm reception the London audience has for them.

New album cut, ‘Live In This City‘, sees Sorbara and fans jumping up and down to its more-ish chorus and ‘Pick Up The Phone‘, borrowing Cyndi Lauper’s ‘Time After Time’ chorus as a middle-8, is pure exhilaration. ‘My Legs’ and ‘Right Woman’ sound like hits off a best-of album, despite never being actual singles and ‘Easy‘ gets balladified within an inch of its life but the result is stunning. Here and there Sorbara distances herself from the microphone to cough and you are reminded that she is actually unwell tonight but her voice remains pretty much pitch perfect from start to finish.

The atmosphere is charged with excitement as well as people’s visible delight at the not-a-moment-too-soon return of this band to the English live arena. When the first noises of Dragonette’s Martin Solveig collaboration, ‘Hello‘, come on there is an eruption of cheers from the audience and it really feels as though, right now, you are at the best party in town.

Earlier, Dan and Martina share how they have waited 5 years for this moment, having lived in London for the past 7 but just recently re-locating to their native Canada. It can only be hoped that after tonight’s hoot, they’ll be back here again. Soon, sooner, soonest.