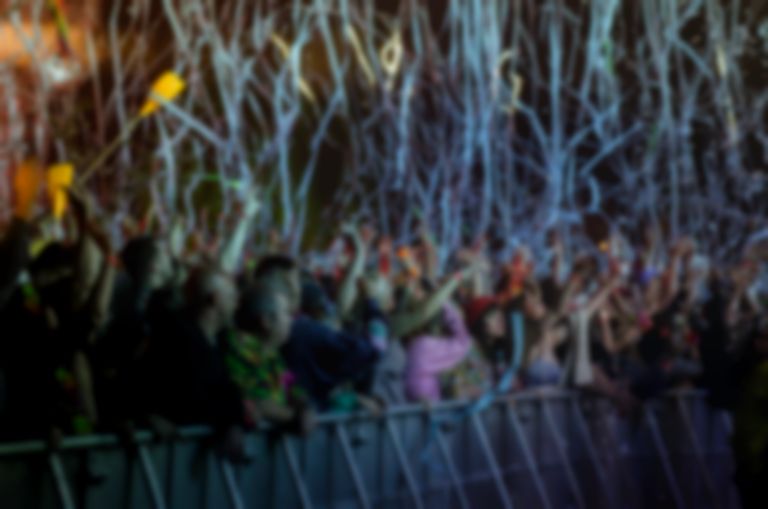 Rob Da Bank (curator/organiser/co-founder) has been expanding the four-day festival year on year, clocking gongs, scooping exclusives, breaking records, and generally nurturing the Isle Of Wight's most revered weekender (sorry, Mr. Giddings) from a mini hippy-sapling to a technicolour behemoth. Over the past decade or so, he's nabbed huge headline slots from Stevie Wonder, Elton John, The Cure, Kraftwerk, Beastie Boys, Björk, Snoop Dogg and My Bloody Valentine.

It's not all about the music though. Much like Glastonbury, Rob Da Bank has injected dollops of quirk and a few CCs of eccentricity into the gala; expect mammoth fancy dress-fests, gourmet pig-out grubberies, and anything weird, wacky, kooky or vaguely oddball he can pencil in. The result is a truly special juxtaposition of hedonist's utopia and new-age Shangri-La that brandishes a genuine, natural sense of community. You just don't get the festiwankers that other Carling-soaked, Carbrini-clad jamborees attract.

The 2014 event does little to alter that golden ambiance. Branded the 'Desert Island Disco', with the traditional fancy dress Saturday being a strange mix of Wilsons from Castaway, people dressed as pineapples, and garish Hawaiian shirts, leis and Smiffy-brand afros. Fortunately, the sun was also blazing all weekend, a stark contrast to many of the summer's shindigs, to match Bestival's all-grins and tropical aura..

Shaking up the formula slightly, Da Bank has done away with the Swamp Shack, Comedy Tent, Replay Stage and the Secret Emporium, transplanting bizarre new experiments in their place: Reggae Roots, BBC Introducing and Invaders of the Future are new stages, and a new food market – featuring nosh like Raclette, Ghanaian cuisine and 'Psycho Burgers' – called the Feast Collective, has touched down.

Thursday dawns with palpable anticipation. Logistically, it's immensely slick, with the Island's notorious gridlock almost entirely non-existent, and if there's one things that Da Bank should be commended on, it's the fluid traffic systems. It seems trivial, but ardent IOW Fest-ers and Bestigoers will surely appreciate the relative speed.

In terms of aural pleasures, a slew of up-and-comers grace the new Invaders of the Future stage. Fizzing noir&B-cum-triptronica chanteuse Rosie Lowe bellows her heart out, performing with gallons more charisma than her music implies. The hotly-tipped Best Fit favs Woman's Hour unleash their glorious soft-pop next to a swollen crowd, amongst whitewashed wooden stalagmites; Glass Animals – despite horrendous organisation on someone's part, resulting in them arriving roughly 90 mins after their billed start time, meaning they only perform five songs – are phenomenal. You can almost forgive the unbelievable delay as they power through psych-pop sludge-bangers and exotic jungle-punk like “Gooey”. The crowd goes utterly bananas for 'em.

Elsewhere, the majesty of Beck ambushes the Big Top's sozzled denizens; his set is impressive, but it's only when his hits, erm, hit, that the roof's really raised. “Loser” is spectacular, and “E-Pro” grinds with scorching alt. rock furore; however, when his finale of Michael Jackson's “Beat It” drops, that's when it becomes clear that he is top-billing on Main Stage material.

Capping off the evening on the Invaders stage are sororal Swedes Say Lou Lou, who catapult impeccable choruses, by way of “Beloved” and “Everything We Touch”, into the ether.

As Friday rolls around, the jam jar cocktails and watermelon sharers (pah, sharers) are in full flow. Nick Mulvey serenades a midday Big Top swarm with his worldly acoustic folk, but it's not until evening descends that the party begins. tUnE-yArDs absolutely pulverise the same stage that Mulvey cooed on earlier, launching between “Gangsta” and “Water Fountain” with gleeful abandon. It's organic, thought-provoking dance-punk, and the barrage of percussion helps hips wiggle like a pug's butt. The hugely-hyped Temples are surprisingly terrific, displaying huge showmanship and technical ability during their hour-long set – though it looks like they entered the '70s-themed costume brigade by mistake not design.

Friday's headliners, Atlanta's ATLiens Outkast, are superb. Ricocheting between hits and lesser-known cuts, André 3000 and Big Boi aren't there to win fans – “If y'all don't know us by now, you never will!” – but rather blow their minds. All the pop mega-choons are there, but it's tracks like “The Whole World”, “So Fresh, So Clean” and “Rosa Parks” that are standouts. Not sure what 3000's blonde mod-mop was about though.

Swanning onto the Big Top stage after midnight, Elly Jackson, AKA La Roux, is a master of the pop arts. She doesn't appear to enjoy it as much as the thronging drunkards/pill-poppers do, but even her new material (of which the set relies heavily on), goes down a treat. “Bulletproof” is a marvellous send-off choice, however, echoing into the balmy night like a call-to-arms.

Most un-bodaciously, the ebullience of Caribou is out of reach, with him starting at 2:45am.

Surprise smash of the weekend are Skindred. Not your usual festival band, Bestival's traditional Saturday afternoon mosh slot is taken up by the Disturbed-aping Newport reggae-metallers. Lead vocalist Benji Webbe is an absolute titan of confidence and crowd control; he holds the lured hundreds in the palm of his hand, and when he issues a command, Bestival responds with aplomb. Must sees.

Following on is disco-pop enchanteur Sophie Ellis-Bextor, mixing classic '00s dance with modern baroque-pop á la Regina Spektor. It's difficult to maintain the energy Skindred possessed, but she does a grand job nonetheless. Sadly performing to roughly eight people in the Matua Sessions stage, Cornish sisters Hockeysmith, also plagued by technical difficulties, manage to overcome the odds to deliver and enthralling, if misplaced, medley of tunes. Noise bleeding from the Temple Stage was an issue, however. Thankfully, their Invaders set earlier in the day was probably better managed and attended. Claiming the sundown set on the Main Stage, Wild Beasts also display their wares to a diminished audience. However, those who are in attendence are mesmerised by their slick '80s pop efforts; “Wanderlust” as expected stands out as a chilling, coruscating anthem.

On the Bandstand, as the dust of darkness settles, soul-pop hype-magnet Kwabs. launches a full scale on the senses. Despite the relative small stature of the stage and therefore crowd, the SOHN collaborator managed to whip dozens into a frenzy with his electro-R&B offerings and astonishing vocals. Similarly gifted in the voice department Main Stage sedatives London Grammar, though performing admirably to a gigantic crowd, don't really stir anyone up for the headliners, leaving people impressed, but rather ready to nod off. On Invaders, MØ, donning her finest Rocky garb, is a dangeous, passionate, riveting perfomer, reeling off platinum-plated glory in the form of Danish synthpop.

Speaking of headliners, Foals are a tremendously mixed bag. On one end of the scale, Yannis & Co. are sublime performers. Their instrumentals are flawless, and tracks like “Spanish Sahara” stun people into silence. “My Number” is a rabble-rousing belter, with the audience – roughly half the size compared to London Grammar – bopping along; similarly “Inhaler” is a raucous, vital affair (however, it, like “This Orient” and “Cassius” may have been retired, with Yannis declaring “This is the last time we're gonna play this song for a long time”). However, when they go into album cuts and non-singles, people appear unimpressed. Not entirely, but their lack of out-and-out hits is of detriment. A gamble to book them as headliners, and their worthiness is still up in the air.

People are offered a reprieve from vague disappointment though, with Basement Jaxx's Big Top set kicking off. It's totally packed out as they rattle off back catalogue gems like “Romeo”, “Where's Your Head At” and “Do Your Thing”, alongside a brass band and 10ft robot called Titan.

As the final day of Bestival opens, fledgling synth-soul/pop outfit Years & Years belt our scorching sun-smooched ditties. It seems a bit early for them to be properly enjoyed, buy hey-ho, they're still darn-tootin'. Clean Bandit on the other hand, although also suffering from a scheduling error apparently, are clinical, bleached and offensively dull. The proceedings are immediately livened up by Rage On Gold, a still-wet-behind-the-ears trio from London. They've got grand ambitions, wit and oil drums filled with gumption, but alas blast out massive tunes to their manager, photographer and about six others. Paris (Wells, Australian singer-songwriter who's toured with Rod Stewart), Ian and Francesco reel off lines like “I'm on my skateboard showing off my kickflips/I'm in my short shorts showing off my sweet hips/I'm in my snapback showing off my big tits!” Ridiculous, infectious, wry pop. Studded with electro, hip-hop and soul influences, it's like Daphne & Celeste x Paloma Faith x CSS. But so, so much better.

SOHN wins the award for 'most intense light show', which sees at least one epileptic fit. He performs with the maturity and experience of someone much more ingrained into the industry; regardless, it's an AV tour de force. Again, over on the Matua Sessions, Molly Beanland is left largely audience-less, but her '80s power pop balladry entices passersby, and one super hammered dude who gets in to every beat to the point he's on the verge of tears.

However great the opening cards are, the main draw of the weekend is Chic, featuring Nile Rodgers. Absolutely legendary both together and apart, the disco royalty couldn't be more apropos this Bestival.

It's a set rammed with cloud nine highs and the deepest lows. For the former, Rob Da Bank, challenged by Nile Rodgers, built (very much officially) the world's largest disco ball, which dazzled the crowds and measured in at over 10 metres. In regards to the lows, it was a night of emotional turmoil for Rodgers, whose long-time guitar tech and friend, Terry Brauer, passed away shortly before Rodgers came onstage. The result was a mixture of dedications and fought-back tears, but Rodgers pushed forward, spurred on by the spirit of Brauer, and in a true testament to the icon guitarist's showmanship, it was an unforgettable night of frivolity, bittersweetness and reckless abandon.

Stuffed with hits, both Chic's and from his illustrious writing/producin career, Rodgers led the band through a cavalcade of disco, funk and pop. “Le Freak”, “Forbidden Lover”, “I Want Your Love”, “He's A Spacer” (Sheila B. Devotion), “Let's Dance” (David Bowie), “Like A Virgin” (Madonna), “We Are Family” (Sister Sledge) and “Get Lucky” (Daft Punk) pepper the setlist. It's unreal how absolutely fun Chic remain after all these years, and even though they were beset by tragedy, the band prove themselves consummate performers of the highest degree. A phenomenal rendition of “Good Times”, replete with fireworks, rounds off a spectacular Bestival.

The gods were looking upon Da Bank favourably this weekend, as bar from a few minor hiccups, Bestival 2014 went off hitchlessly, or it at least appeared to from the outside. He's proved himself, once more, a logistical fiend, an organisational warlock, a fine food connoisseur, an alcohol gourmand, and owner of perhaps the most diverse music taste on the planet. One this definitely certain – Bestival 2015 has a lot to live up to.