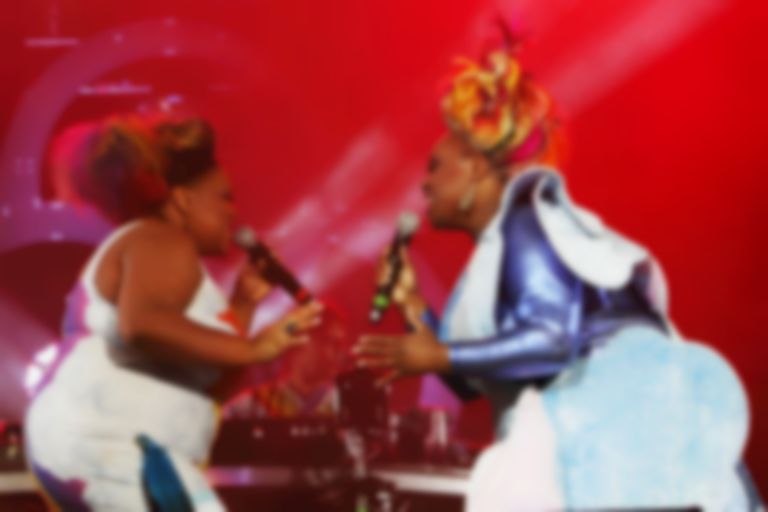 Ballet dancers elegantly pirouette while General Levy’s “Incredible” plays aggressively in the background. It doesn’t really fit together, but there is something about this bizarre situation that feels so right. You could only find such a stark contrast at a Basement Jaxx show.

The Brixton-based electronic duo have been around since 1994, when they started recording their first album, Remedy. Although their sound is influenced by more genres you can count on your fingers, the duo’s sound is primarily rooted in Café Del Mar-era Ibiza house.

And they’ve conquered Ibiza too, having played residencies in some of the Balearic island’s most-heralded super clubs, including Pacha and Space. But these venues are very different to the 20,000 monster-venue tonight, the O2 Arena. Large indoor venues that don’t happen to be nightclubs have a tendency to overdo it on security, and this in turn can tame the crowds. But as soon as the Jaxx opened with the soulful “Good Luck”, you could tell that this wouldn’t be the case. Vula Malinga’s strong voice was on fire, her incandescent delivery making you wonder why she hasn’t found much success as a solo artist.

Moving swiftly on, the group went into some tracks off their new album, Junto, occasionally straying into bouts of jungle, dance, bhangra, and electro-swing in between songs. A particular high point was “Unicorn”, a track that has the feel of Inner City’s “Big Fun”. This rave trend continued over the course of the night, with Basement Jaxx putting their own spin on tracks including Barbara Tucker’s “Beautiful People” and “Street Player” by The Bucketheads.

It is hard to imagine a lot of Basement Jaxx’s music suiting live instruments, but the band members quickly proved us wrong. Tracks such as “Where’s Your Head At” sounded explosive, kitted out with huge Black Sabbath-like guitar riffs. Visual novelty seekers were also left satisfied, with the performers’ choices of attire being as unpredictable as a UK summer.  Despite the multitude of different performers, none of it felt cluttered – each of them had to go off stage to change their costumes at least once. As well as ballet dancers, two soul singers, other professional dancers, an MC, a flamenco singer, a beatboxer and a full-band took up the stage space.

The duo had so many hits to jam into their set that they didn’t even have time to pause between songs – the tambla player kept a perennial rhythm throughout. Rising star ETML later came on to sing the duo’s most recent single, “Never Say Never”. After the performance, the duo thanked ETML for helping them get nominated for a Grammy award for Best Dance Recording with the song.

The night then slowed down into an acoustic performance, which later flowed into “Romeo”. The live acoustic version sounded refreshing compared to the all-too-familiar original. The hits came thick and fast, with sublime performances of “Raindrops” and “Do Your Thing”. “Rendez Vu” sounded sexier with a flamenco guitar introduction at the start. Shortly after, the Champions League theme song played and a slew of people dressed in wacky costumes came back onstage. Exotic dancers, colourful ninjas and gorillas begin to emerge as the Jaxx got into their last song of the night; the carnival anthem “Bingo Bango”. Basement Jaxx reminded us tonight that they know how to have more fun than most bands out there.