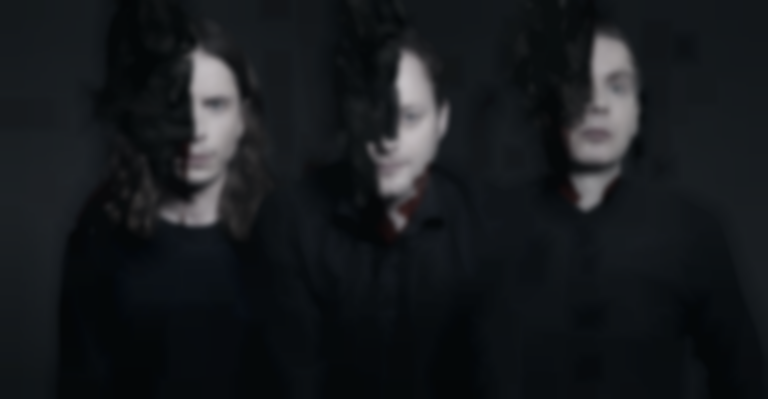 Seeing Sigur Rós live is always seen as more an 'experience' than a traditional gig.

You expect to be spiritually shaken, whisked into states of transcendental euphoria, and changed. It's a lot to live up to, and out on their Summer '16 tour they're roadtesting new material, not cleansing souls.

Stripped back to just the three formal members on stage, with a refreshingly ambitious stage setup, they stun the sold-out crowd that's descended upon Bristol's Harbourside for the annual Summer Series. It's packed with eager fans, keen to glimpse the revered Icelanders' first show

Sigur Rós' newest release “Óveður” kickstarts the evening. The band are stood like Kraftwerk behind synths at the back of the stage, with juddery images and clips behind them. It's compact, claustrophobic, and very unlike the expansive sounds gliding through the Harbourside – but change comes soon enough. After the black clouds of “Óveður” clear, the anxious, horror-strewn soundscapes put to rest, “Starálfur” dawns. It's utterly euphoric.

The band step out from behind the boards to pick up their instruments – “Óveður” is an overture, and now the night begins proper. It's loud, visceral, sodden with emotion... Jonsí & Co. keep interactions to a minimum, but the music speaks for itself. They whip through a numerically short setlist of 11 tracks, taken from throughout their career, missing out major numbers such as “Hoppípolla”, glossing over Með suð í eyrum við spilum endalaust, and missing out Valtari entirely.

“Glósóli” is a spine-tingling highlight – the bassline is ruthlessly simple, sending shivers with each earth strum. It's the heaven-scraping pinnacle of the set, before Sigur Rós tread the steps towards humanity's nadir on the gutwrenching “Kveikur”. The band march through the spiritual gamut tonight, condensing the human experience into mere tones and sounds; Sigur Rós are masters of their art, no doubt about that.

People expect an 'experience' from Sigur Rós because that's what they deliver every single time. It's hard to describe the overwhelming emotions that wash through you during their set without coming off like a pompous cock, but it's all true. The wankiest adjectives and phrases are needed.

You can't brush over the impact felt by many tonight. Sigur Rós don't deliver a usual show – they aren't normal, they are extraordinary. They are about as mainstream as post rock can get these days, and for many not embedded in the throes of abyssal noise on the reg, this is totally different. It packs a greater punch and leaves you feeling more. It's a strange kind of high-profile act that's not designed to make you dance or make your flick your lighters (sorry, iPhones) in the air. It's cinematic and bewilderingly beautiful.

It's a stunning pairing of performer and setting, with the sunset cascading across the Bristol skyline as Sigur Rós fuse heart and soul. Intimate club gigs are all well and good, but when you have the right act, you cannot beat the Great Outdoors.

Sigur Rós have got a fair few sets ahead of them this summer – Glasto's gonna be life-changing – so catch them if you can. It's worth it.