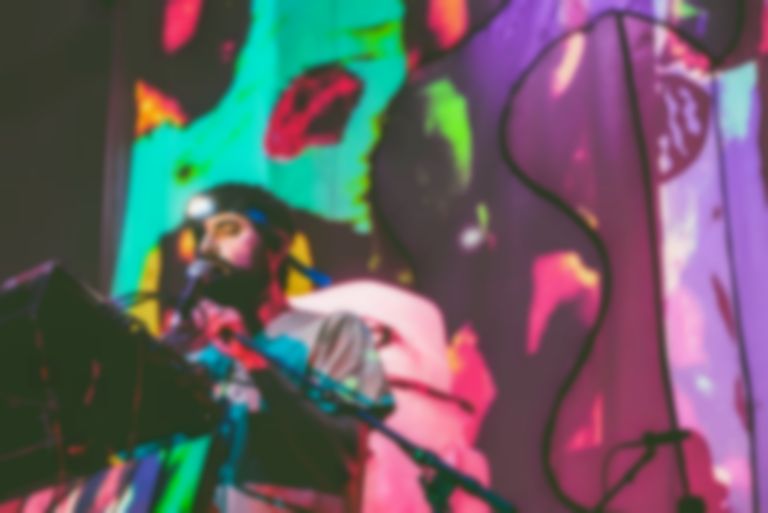 You never know which Animal Collective you’re going to get. With every release, the four piece fluidly shift their line-up, changing their instrumentation and arrangements to deliver records which are always as much a lurch sideways as a step forwards.

Their live shows reflect this constant reconfiguration. That’s how they managed to follow their masterpiece album Merriweather Post Pavilion with one of their worst tours. Playing as a three piece, all on electronics, the shows lacked the album’s two defining features: glittering harmonies, and propulsive low end. It was disastrous. On the other hand, the tour which followed the lacklustre Centipede Hz. was a much more robust affair. With Panda Bear back on the drum kit and Deakin back in the mix on guitar, they found a compelling swirl of sound once again.

Perhaps learning lessons from that tour, tonight (8 September) at London's Scala we have the core Merriweather trio back on the electronics, but accompanied by a live drummer. It adds a huge and vital element to their sound, elevating what might have been indulgent, electronic noodling to frequent runs of euphoric highs. Playing a set which relied heavily on songs from their most recent (and tenth) album Painting With, the live rhythm is an essential component. As an album which sounds something like an electronic sequel to their 2004 album Sung Tongs, with a similar childlike wonder and playfulness, the bouncing, excited clatter allows the colours of these songs to pop and snap.

This results in a performance which is simultaneously loose and poised. On record, the material of Painting With is some of their most refined and succinct. Tonight they let their meandering instincts breathe back through the songs, and fan the sounds out to find looping, repetitive grooves which define the band’s best work. The tribal rush of closing song "FloriDada" is a highlight, reintroducing some of the best features of Animal Collective’s entire back catalogue. These days, on record, Avey Tare has restrained his freakish tics, but tonight it’s amazing to hear him yelp and scream his way towards a truly uplifting and powerful climax beneath Panda Bear’s serene harmonies.

One thing that never changes about Animal Collective is their refusal to play safe sets of known favourites. Until recently in their career, it was usual for the band to play semi-improvised sets comprised solely of completely new material. They’re not as obtuse at that today, but there’s still a heavily reliance on their newest album rather than old favourites, and no chance of rolling out "My Girls" as an encore. But I would imagine they shook off any Merriweather entryists with their shoddy support tour. And indeed, people mainly seem as excited as me to hear something like "Water Curses" – a mid-00s EP track which I had no reasonable expectation of ever hearing live. It was a glorious frolic through some of Avey Tare’s wordiest and scattiest song writing.

You don’t come to Animal Collective for a textbook stroll through their greatest hits. You come to Animal Collective for an uninhibited explosion of enthusiasm, and that’s certainly what we got tonight. At heart, I do think their ambitions will always be better rendered on record than on stage. Sometimes their shows just fall flat on their face, limited by a smaller set of tools, used in real time. But tonight was not one of those nights. Tonight was an undoubtedly strong performance from a band which continues to provide some of today’s most brilliant art-pop, as accessible and immediate as it is challenging and fearless.