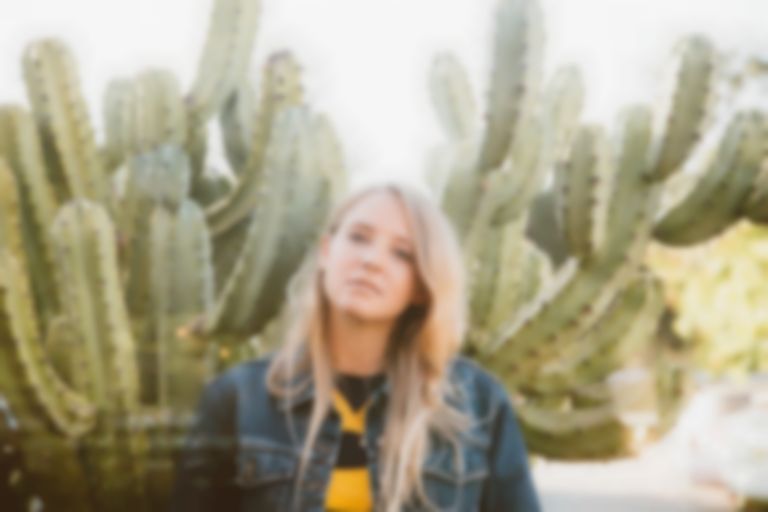 The Village Underground could not have suited Lissie more – it is everything she is. Stripped back, with no pretences – but magnificent.

There was rapture in the audience as Lissie kicked off with “Blood and Muscle”, the second single released from her latest album Castles. She performed it in an almost a capella style, with minimal backing music. Her voice filled the entire space, and it was nothing short of stunning. Her signature raspy voice (which is so often the subject of envy – and fakery – by other singers), sounded more natural and powerful than ever.

It is quite a talent to sound so effortless and so engaging at the same time. The notes just flowed out of Lissie’s mouth, as she picked up her guitar for “Hero” and didn’t put it down until the title track of her latest album, “Castles”. Lissie does not hold back one bit when it came to her guitar playing. It’s rousing and so fluent, and seeing her and her two female back up guitars standing side by side at the front of the stage slamming out riff after riff felt like the rawest form of girl power. The major guitar riffs throughout “Shameless”, from Lissie’s second album Back to Forever, particularly stood out.

Lissie’s timing is impeccable – her voice breaks in all the right moments and she moves from raspy whispers to bursts of energy and crashing guitar solos in seconds. Her audience were engaged throughout, and she even gave a shout-out by name to some diehard fans at the front. “Further Away (Romance Police)” and “When I’m Alone” were particular crowd pleasers. Lissie cited “When I’m Alone” as “the song that kicked it all off for us” and kept thanking her fans for getting her to this place – four albums down and full of emotional growth. Lissie talked a lot on stage of the places she calls home, including London. She talked about moving back to Iowa recently, even singing “Oh Mississippi”, which is in sort a love song to the Mississippi river (Lissie has lived on both sides of the river), that she wrote for her first album back in 2010. The setlist was varied from first to fourth album, and it’s clear Lissie has a found a consistent following and a sense of home.