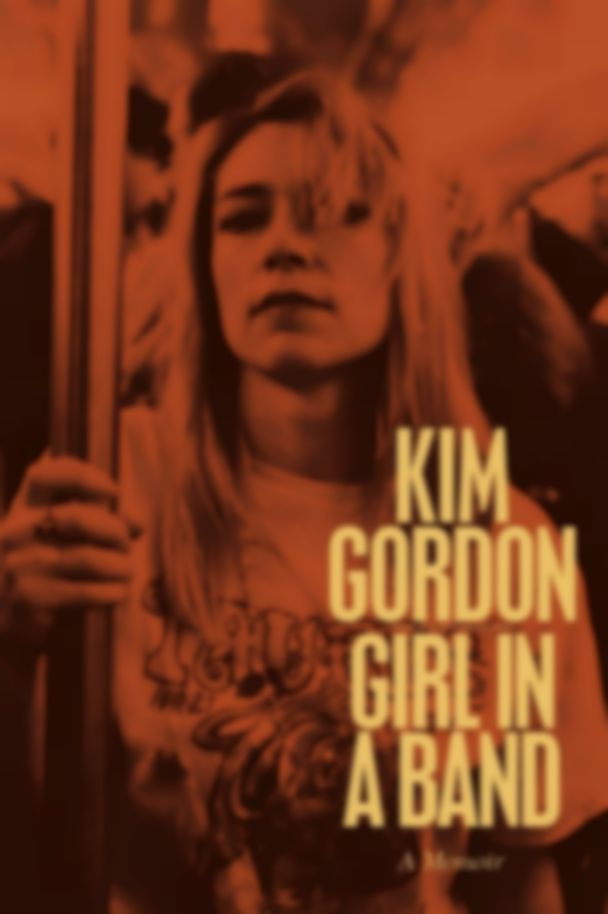 We're used to the typical template of rock 'n' roll memoirs by now. Get a ghostwriter and churn out a no-nonsense yarn of excess and chaotic times, with a few fond tributes, the odd pop at adversaries and a couple of regrets sprinkled along the way for the all-important human touch. Girl In A Band - named after an inane interview question Kim Gordon was routinely faced with during the 31-year journey of Sonic Youth - is very different.

As well as working as a fashion designer, visual artist and actress, Gordon has dabbled in writing (a collection of her art criticism was recently published) alongside her famous day job as a guitarist, bassist and singer in Sonic Youth and, since the sad demise (of which more later) of that beloved alt. rock institution, improv duo Body/Head. It shows: hypnotic and reflective, Girl In A Band must be the most engaging and literarily accomplished 'rock memoir' since Patti Smith's Just Kids, the principal setting - New York back when the city was still dirty, dangerous and, crucially, affordable enough for arts of all sorts to flourish - of which the book shares.

Although Gordon is a much more disciplined writer, the episodic, loosely linear narrative resembles Neil Young's engaging but wildly uneven Waging Heavy Peace. Coincidentally, Young pops up for a few entertaining cameos. The Canadian legend's appreciation of Sonic Youth's groundbreaking aplomb with twisted combinations of melody and unadulterated noise turns out to be in stark contrast with the vitriol of the crowds the band performed to as a support act on Young's 1990 Crazy Horse tour in what was effectively the quartet's first head-on - and, by this account, gruelling - exposure to the mainstream. Of course, the masses would soon welcome the punk-influenced alt. rock movement that Sonic Youth spearheaded with open arms via the gigantic success of Nirvana.

During this tour, Gordon came to realise that Young’s pain-blasted junkie lament "Tonight's The Night" was written as a tribute to the late Crosby, Stills, Nash & Young roadie Bruce Berry, who Gordon hung out with in the dying days of the hippie dream in late 60's Los Angeles. Gordon was already in her late 20's by the time Sonic Youth formed in 1981. From teenage years in LA to a brief spell of studying art in Toronto and, eventually, landing on the fringes of the art world in New York in the 70's in conditions so strained that Gordon had to walk several dozen notably unsavoury blocks to her part-time job as money was too tight for subway tokens, Girl In A Band excels in painting a vivid picture of the times, places and people who framed Gordon's formative experiences.

Rock biogs often succumb to the numbing repetition that characterises a working band's life, but Girl In A Band finds an inventive way around the album/tour cycle monotony. Having explained how the band's sound was sculpted by combining her interest in jazz improvisation with the punk and classic rock enthusiasms of Thurston Moore and Lee Ranaldo, with plenty of the rulebook-shredding unorthodoxy of the NYC 'No Wave' scene also in the pot, Sonic Youth's career is recounted via reflections on certain key tracks. From the strain of touring on zero budget as a (literally) indie act ("Shaking Hell") and Gordon's difficult, conflicted relationship with her mentally ill brother ("Schizophrenia") to the dark undercurrents of the late 60's counterculture ("Death Valley '69"), contemplating and challenging the more knuckle-dragging aspects of the entertainment industry ("Tunic (Song for Karen)", "Swimsuit Issue") and a cooling relationship with New York, relocating to New Hampshire and facing up to the challenges of balancing a band and a family (Murray Street), this approach offers a revealing glimpse of what's fired up Gordon's tireless creativity - with plentiful side projects alongside Sonic Youth - over the years.

Whilst still deeply personal, what emerges is a remarkable and triumphant story of a band that managed to trek from squalid clubs on the outer fringes of obscurity to a major label deal and, ultimately, a status as a revered but never predictable elder statesmen of alternative rock without ever really compromising or changing the essence of their sound; an inspirational saga of growing older gracefully in an industry that favours brief, dramatic and tragic arcs such as that of Kurt Cobain, who Gordon knew quite well.

All of which makes the much-reported circumstances that Sonic Youth (and Gordon and Thurston Moore's marriage) ended in 2012 even more sad. In stark contrast to her cool and detached stage persona, Gordon recounts the discovery that her husband and creative partner had been living a double life with another woman with a hurt and anger that virtually leaps off the page; anyone hoping for a Sonic Youth reunion can forget about such dreams after reading up on the nightmare of the band's final shows in South America, an account of which opens the book. It might seem strange to start at the end, but this is a book about Gordon, with Sonic Youth only as the most prominent amongst a rich cast of characters that wonder in and out of her life.