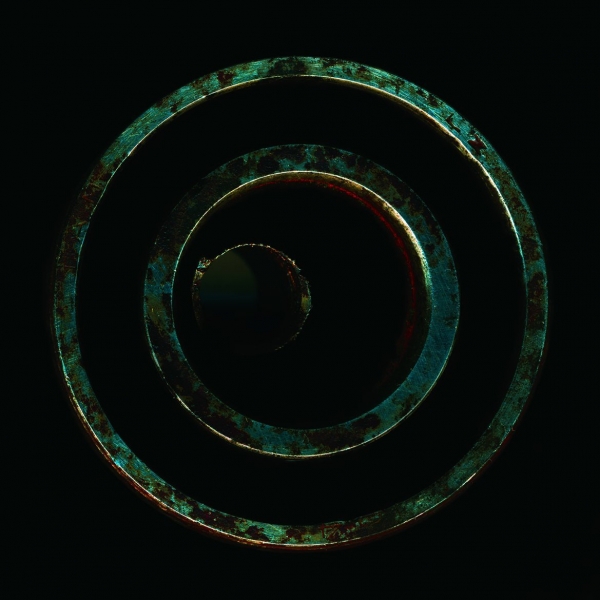 Definitely not named for the recently deceased Spanish footballer, Bristol’s Zun Zun Egui have been brandishing their uproarious take on West African rhythms and skronking math-metal since 2008, bringing off-kilter delight first to the West Country, then, of course, the world via their celebratory live shows and 2011 album Katang.

Four years and an inspirational trip to singer/guitarist Kushal Gaya’s home country of Mauritius later, we have Shackle’s Gift, a multilingual, experimental freakout of fusion, funk and free jazz that draws influences from every corner of the world (both physical and musical) and reforms them as solid, sedimentary rocks of pop music.

It’s a largely joyous experience, case in point being recent lead single “African Tree”, a striding, lolling, grinning cartoon stomp that offers, half-drugged “I just can’t see your face” before leaping into a maddeningly memorable Talking Heads chorus. “Why are you only wearing shades of green?!” demands Gaya, Matt Jones beating the absolute piss out of his drumkit as an incendiary rock riff worthy of Jarcrew slams on the brakes at it’s all-too-soon conclusion. It’s almost impossible to type when compelled to dance around the living room with your cat. Almost.

That we may be in the presence of genuine mind-bending greatness is suggested further by the irrepressible “Tickle the Line”, which in under three minutes develops a groove so absolutely fucking righteous it could raise the dead, or at least get an indie kid out from under his fringe and on to a real life dancefloor. The song is almost comically great – all surging melodies, building beats and near-blinding brightness.

That level of optimism and enthusiasm is initiated by opener “Rigid Man”, Gaya chanting “I should grab my first chance like it was my last” as Yoshino Shigihara’s synths bubble atop the surface of new boy Stephen Kerrison’s slanted guitars, jutting polyrhythms and multilingual vocalising that can sometimes border on glossolalia.

There are darker, denser moments. Gaya sounds incredibly similar to Robert Owen, the yearning voice of the criminally underrated and long lost Corporation:Blend on the time-shifting swing of “Soul Scratch” which boasts a shoving, shouldering chorus that sounds like its being birthed on the spot, and a final sequence reminiscent of Mansun at their sexy strangest.

There’s also the metallic march of closer “City Thunder” on which Gaya demands “full colour” and on the beautiful, lachrymose refrain offers “Sometimes I worry I left my country / Sometimes I worry I’ll go back no more”.

In line with those darker sentiments but quickly flagged up as the weakest point of the record is the 90s indie rocker “I Want You To Know”, which drifts lumpen into mid-period Radiohead territory. It’s still of sonic interest, intrigue even, but this is a band that shines brightest when their blazing technical talent, seemingly infinite imagination and the stunning production of Fucked Up’s Andrew Hung are combined with, quite frankly, a banging tune. They manage it almost every time but this particular moment feels like something of a pub rock error.

Minor misstep aside this is a kaleidoscopic album, dazzling in it’s detail, impressive in it’s intricacies and, best of all, one drawn from so many disparate styles, forms and functions that you could spend months digging through the cultural and musical references to satisfy the kind of musical curiosity it sparks. You’ll smile at this, you’ll cheer it, you’ll groove to it. And then you’ll sit with your head between the speakers and try to decode it – which, along with the cat-dancing is a pretty sure sign of a great record.