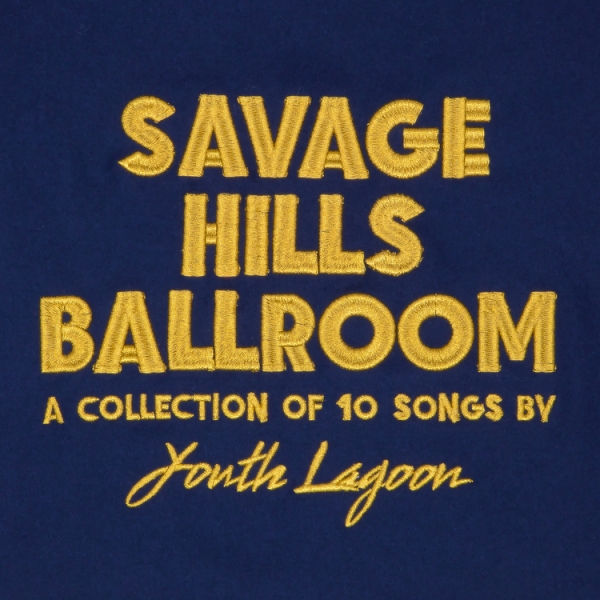 “It is not the end of the physical body that should worry us. Rather, our concern must be to live while we’re alive - to release our inner selves from the spiritual death that comes with living behind a facade designed to conform to external definitions of who and what we are.” – Elisabeth Kübler-Ross

Facades are lifted, often unceremoniously, on the third effort from Boise’s Trevor Powers, aka Youth Lagoon. Even as he brushes aside the “bedroom pop” categorisation and proclaims that “everything is made of gold”, however, it’s the spectre of death that hangs most heavily from the chandeliers in Savage Hills Ballroom.

In terms of subject matter, then, this latest might seem a shift from the adolescent anxiety that inspired 2011’s Year of Hibernation, or even the metaphysical meanderings of 2013’s Wondrous Bughouse. On his brilliant debut, it wasn’t hard to imagine Powers constructing pillow forts piece by piece to the sound of efficient ear-catching guitar leads and booming synthetic back-beats, singing reluctantly from the spaces in the fabric and holding court for an imagined audience of none. It seemed almost happenstance that those songs were released in the first place, as though he were singing through a tin can and happened to pick up a mid-major label deal (with Fat Possum) somewhere along the string.

It was an album about dreams that gave equal weight to impractical childhood fantasies and the burgeoning possibilities (and, occasionally, unfortunate realities) of nascent adulthood. Sophomore effort Wondrous Bughouse was larger in sound and intent. The man behind the golden mask traded up on the relative simplicity and willful naiveté of Year of Hibernation for an expanded sonic palette and slightly more abstract lyrical leanings. Even during Bughouse’s most disorienting dalliances with psychedelia, however a vital thread emerged connecting those first two albums that extends to the third: Powers’ singular ability to build emotional resonance and a bouquet of sounds from the simplest of seeds.

On his third album, Powers is back to building, but he’s ditched the pillow forts in favor of more ambitious frameworks, surpassing even the wonders of Bughouse (italicize)… musically, at least. Powers has erected Savage Hills Ballroom on the foundation of his previous efforts to great effect, but it’s impossible not to feel as though his lyrical focus has shifted from dreams to nightmares. His words are paranoid, delirious, grandiose. He sounds like a man awoken on the eve of the apocalypse, and he treats most of the few other humans making an appearance on this otherwise solitary record accordingly: he’s suspicious of those “with implants deep under their skin” (Highway Patrol Stun Gun), and observes that “everybody wants to think that they’re good at heart/ when they’re full of hate” (The Knower).

Elsewhere, he rails repeatedly against the food supply, casting an ornery eye on consumer culture (“through aisles of cans you walk/ cause you’d rather spend than grow a crop” on “Again”) and genetically modified organisms (GMOs; “our food’s diseased by altered seeds and dyes” on “Rotten Human”). The problem isn’t that he delivers these cautionary lines without conviction—his voice is clearer on Savage Hills Ballroom than it ever has been—it’s that the message is just vague enough, just disjointed enough, and just acrid enough to read as message board fodder. Powers has never been a particularly pointed lyricist, but his most powerful words (see: “Dropla”, “Seventeen”) have transcended not in spite of, but because of their simplicity; they were diary entries that could have been ripped from anyone’s pages, and their meaning seemed to snowball with repeated listens. Rather than expanding beyond the space they occupy on the page as on previous efforts, however, the lyrics here mostly fall flat.

What makes Savage Hills Ballroom compelling, then, is not the message, but the medium. It would be difficult to pinpoint a “pop” album as adventurous and diverse as this released in 2015. And make no mistake: this is pop. Powers has thrown all manner of strange and disparate elements at the canvas, sure, but what sticks is far more traditionally “pleasurable” than it is “Pollock”, and the highlights are many. On “Officer Telephone”, a siren announces the arrival of a dubstep-tinged wobble that fades far too quickly; “The Knower” slides brilliantly along with a lead guitar that mirrors the vocal melody before being subsumed by a cacophony of trumpet and drums that seems to grow louder and louder not by some trick of volume mixing, but by sheer effort; a brilliant guitar riff waltzes around a seizure-inducing synth at the climax of “Free Me”.

And on the occasions when Powers’ words align more deservingly with his musical ambition, the result is some of his best work to date. “Again” is a bizarre post-internet reimagining of Daft Punk’s “Harder Better Faster Stronger” or Radiohead’s “Fitter Happier” with Powers descending into the madness of everyday life (“and computer again / and computer again / and we feel again / then it’s gone again”) after a frenetic guitar cut-in brings the creeping keyboard melody and the backing choir of the damned down around the slow, near-trap sub-bass beat. On Kerry, the emotional centerpiece of the album and the clearest bridge between prior Youth Lagoon material and Savage Hills Ballroom, he steps outside of his apocalyptic narrative to relay the tale of an addict uncle on the run. His empathy is palpable, and the result is a moving ballad blown to wider and wider synth-fueled extremes even as Powers’ voice—his real voice, unhindered and undiluted—wavers and cracks on the chorus.

It’s a genuine moment on an album that, for all its musical ambition and its mission statement of “abundance and transparency”, lacks for genuine moments. In many ways, Savage Hills Ballroom is confounding: an album about new life and new directions loaded with references to death and dead ends; an album about disillusionment in the glossiest package Powers has ever produced; an album made of gold that drips with cynicism and paranoia just beneath the surface; a near-brilliant album that finds him nominally lifting the façade only to reveal an artist with more intricacies than his listeners (and, perhaps, the artist himself) could have ever imagined.