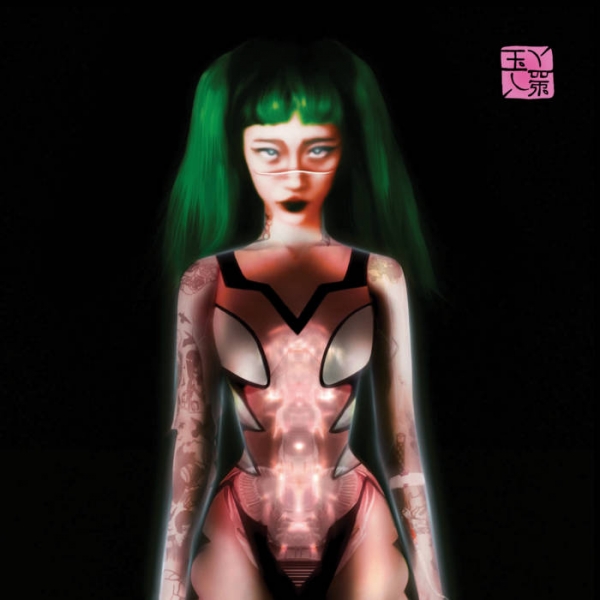 The Singapore-born, self-proclaimed “Glitch Princess”, known by their stage name yeule, has all the qualities of a great musical talent.

They represent the future of the glitch genre — a complete artist who’s half human, half cyborg. Having had a difficult childhood, yeule almost ended up becoming a "hikikomori" (people who are totally socially isolated) but they have managed to stay alive through augmented reality and the internet where they have found solace. Their nature and musical imprint is totally derived from their past experiences. Based in London for the past few years where they studied art, yeule finally realised the potential of their EP series with their debut album Serotonin II in 2019, a truly breathtaking experience.

Rightly so, this first project has attracted the attention of an ever-growing audience. For the fanatics, The Glitch Princess is expected as the messiah and they were right. If Serotonin II was a constant emanation of steam through its ambient pop sounds, like a true pollen, The Glitch Princess would be organic and deeply unreal. The experience literally plunges you into a computer universe, with futuristic music acting as a binary system to set the landscape of the record. All of this actually symbolises Yeule's inner kingdom. Think of it as a guided tour where the artist gives us their intimacy and their introspective thoughts.

While the introduction "My Name Is nat Ćmiel" is a job interview-like introduction to the character, the album gets into the thick of things with the jubilant ballad "Electric". One can immediately see how The Glitch Princess is a transcended and accomplished version of Serotonin II. In fact, Yeule started from the same foundations and knew how to give more thickness to their music, as much in the power of the production, as in the sophistication of their vocals and melodies. The glitch and restructuring effects are amplified, which allows a total immersion.

Moreover, Yeule has not lost their tortured writing, nor their overflowing imagination, "Flowers Are Dead" sounds for example like a game-over, while the sublime ditty "Eyes" expresses a deep insecurity. "Too Dead Inside" suggests an existential crisis in a dark dancehall. Hope and healing are never far away as a counterbalance, as on the extraordinary "Don't Be So Hard On Your Own Beauty". You can feel the soul shining through.

Yeule breaks boundaries and shines in all styles, with the IDM (Intelligent Dance Music) waltzes "Fragments" and "Bites on My Neck" being enchanting interludes or the more convoluted "I<3U" and "Mandy". Apart from a few exceptions, Yeule had yet to offer a multitude of songs as successful as on this opus. The whole of The Glitch Princess is a continuous demonstration, while being rich and varied.