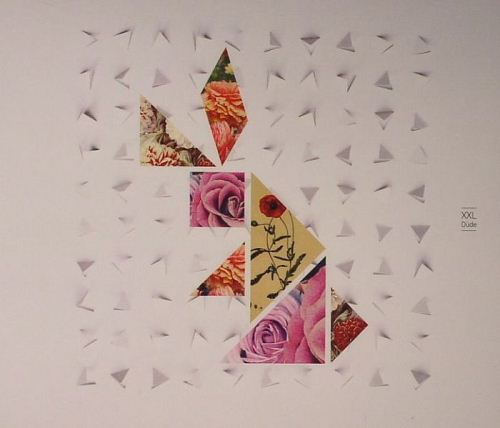 XXL is both a working band and working method, the collaborative musical project of post-punk avant-gardists Xiu Xiu and arch experimentalists Larsen. Neither are strangers to collaboration, of course: Jamie Stewart and Xiu Xiu have made many formal split recordings during their tenure and Larsen are famous for rotating their clientele, on last year’s Cool Cruel Mouth working with Little Annie and Baby Dee among others. But a musical relationship was forged when the respective bands met on Xiu Xiu’s first European tour many moons ago, eventually leading to the electronica-driven post-rock album Ciautistico recorded in Larsen’s O.F.F. Studios in Torino, Italy, in 2005. The ritual of nights spent writing and improvising ideas after an enjoyable dinner (no doubt with some nice Italian wine) followed by sleep and heading back to the studio the next day to record and sketch the final mix, ensured a track was recorded each day. In Stewart’s words: “Somehow this system worked and in this fortnight we made a whole record from dust”. Recording under the alias XXL, they have repeated this “real time” approach in all their recordings to date, with 2007 seeing the slightly more orchestrated and taut-sounding Spicchiology, and now their latest Düde (or Duede without the umlaut that both bands insist is important), which if I’m honest prickles like a cactus and feels as difficult to get hold of.

What Larsen and Xiu Xiu clearly share is a passion and intensity for sketching out dark sonic moods with the same post-rock ambition to push musical boundaries that groups like Godspeed You! Black Emperor showed in the early ’90s. It’s hard to say exactly what each group brings to the XXL mix, but the storm in process could be described as Larsen’s orchestrated thunder set to a Xiu Xiu lightning bolt shot across a darkened sky. If that doesn’t sound like an altogether easy listen … well, I’ll leave it to your imagination.

On Düde, most of the songs are instrumental and share a slow burning quality, but other than that there’s little to link them. Three-part voyeuristic piece ‘Film Me In The Laundry’ opens with Larsen’s characteristically dark morass of sound, creepy keyboards and strings joined by a Xiu Xiu trademark xylophone or two, giving way to something more ambient and industrial with machines and grinding sounds, before ending up as a punk signature in its last short movement. ‘Disco Chrome’ is funkier, cheesier, featuring cult cabaret artist Ernesto Tomasini’s extraordinary castrato operatic voice, while ‘Apsorbtion’ (their spelling) is noise rock with some chaotic horns of Mingus-inspired free jazz provided by Ramon Moro, and shades of Radiohead’s ‘National Anthem’ from Kid A. ‘Krampus’ has classic Mogwai-esque guitar lines which provide a brooding musical backdrop for new member Angela Seo to deliver a story in Korean about the Alpine demonic legend of the monster St Nicholas carted around with him every Christmas to torture naughty children. It’s probably more frightening if you’re listening in Korean, but is a rare moment where interesting things come together well on this album.

For me that’s part of the problem: whichever way I listen to it, there’s an unevenness about Düde which refuses to be smoothed down. Great sprawling experimental piece ‘Oi! Düde’ hovers around for 18 minutes, evoking many ghosts of krautrock and Bowie’s Low period, driven by a percussion that sounds like Jaki Leibezeit’s hypnotic drumming on the early Can recordings, set to electronic drones and further machine-like noises. I wanted to let the whole thing wash over me, but just found it too discordant and couldn’t settle in to the tempo. Stewart would always win a prize for sketching out the widest range of emotions in his songs, and he’s to be applauded for that, but the intensity is sometimes wearisome as the rest of us struggle to keep up. The album’s finale, ‘Vaire’, is more conventional and features his only vocal contribution, preciously short, in which he laments the passing of his long-time musical partner Caralee McElroy who left the band to join Cold Cave in 2009.

It’s strange but I never thought I’d find it so reassuring to hear Stewart’s anguished voice. The late contribution restores some sort of harmony to the piece, and is very characteristic of Xiu Xiu’s heart-on-sleeve approach to recording. Xiu Xiu’s frontman has never been afraid of making a statement and finding like-minded individuals to project his vision. I guess it was never meant to be an easy listen, but the bumpy ride that is Düde twists and turns in so many different directions it’s disorienting. Their last album Spicchiology was compared by one reviewer to the inhabiting of a building, but on this one the band seem determined to push on and look behind all the closed doors … this sort of wilful experimentalism leaves you in no doubt about the respective abilities of Xiu Xiu and Larsen but with a few loose floorboards in the XXL structure the legend of the Krampus will no doubt torment us for a few more years yet.