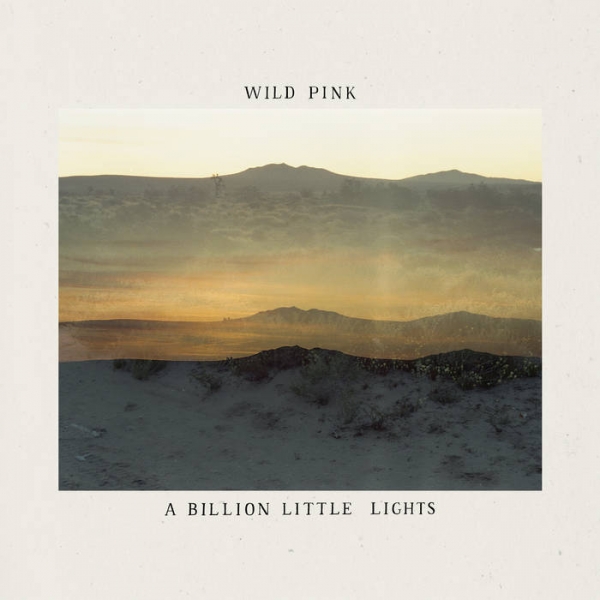 What does it take to look up on a clear night and see a billion little lights?

It takes a willingness to forego the plain and logical truth that what we’re actually seeing is a billion giant burning masses of hydrogen that hold no inherent meaning beyond the laws of chemical reaction. It takes trusting in our most romantic perceptions even while knowing them to be entirely fallible. It takes looking up in the first place. It takes humanity.

A Billion Little Lights is the third album by New York three-piece Wild Pink. The band, helmed by singer/songwriter John Ross, have until now dealt in introspective Americana-tinged indie rock, with cues taken from emo and slowcore. A Billion Little Lights is different. This is shiny, ambitious, full-hearted heartland rock à la The War On Drugs; lead single “The Shining But Tropical” suggests an all-American roadtrip record, a glossy cinematic dream.

Yet spin the full record and you’ll see this is more complex than that. The band use their heightened sound not to escape intimacy or poignancy, but to offer it on a greater scale. See, to go bigger, they’ve really gone smaller; infused each song with such care, such intricate crafting of sound. It’s these intricacies, combined with Ross’s poetic and humanistic lyrics, that allow the songs to feel infinitely expansive and full of wonder; like looking up at the sky and seeing a billion little lights.

The execution isn’t quite perfect - at times, you can feel the record trying, as if it’s labouring under its own weight. But the band, and particularly Ross, deliver it with such honesty that that much can be forgiven. In the end, A Billion Little Lights serves as a vessel for humanity, and this perhaps is the most meaningful thing anyone can offer.