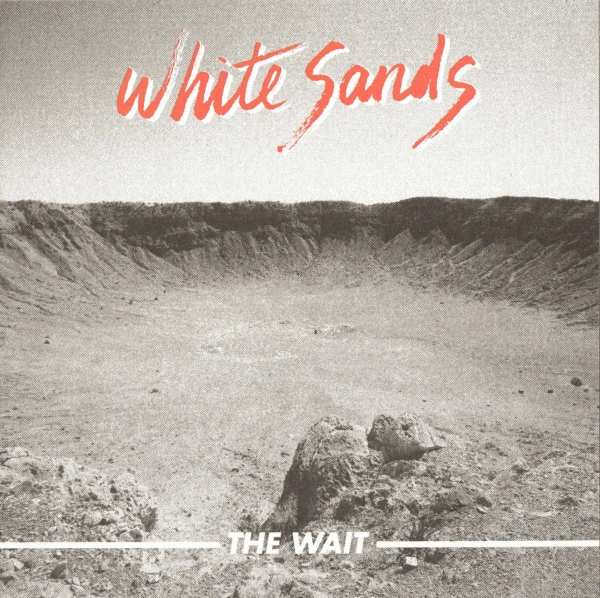 The songs of White Sands are bossed and buzzed by distorted guitars, with shared vocals swept along by the surging scuzz. Title track “The Wait” tempers its heavy insistence with a little insouciance, providing post-punk precision in the thrum and thrust. The sweet-tempered tune sounds more intuitional than attritional, asserting a free-flowing feet-first danceability amidst the turbo charge (as perhaps befits its indie rock originators).

Yet while the bass fuzz offers the surety and security of a warm winter coat, this punchy, punkish EP preaches a dark dualism with constant clamour. Themes of everything and nothing, someone and no-one, dominate: each becoming the other. Seizing the pessimist’s premise - "I’ve spent these last four years expecting everything, now I will expect nothing" - this declaration becomes "I’d rather have nothing" by the EP’s end, a sucker’s succour indeed. "Expect Nothing" is angular, not angrier; vocals lilting where they might have spat.

"Years" is a tail-chasing figure-eight; guitars and drums matching the lyrics' hazy circular argument: "Nothing becomes something/Something becomes nothing". These vocals sound coolly detached, beyond the jagged thralldom of the drums and bass. This song was first heard in June - but where the premiere faded out, now the riff winds towards a single siren, screeching to an offbeat stop.

Sophy Hollington, Conan Roberts and John Arthur Webb (for they are White Sands) summon a dynamic duality on The Wait EP. The lyrical bleakness creates ebbs and undulations while guitars spurt and spate. These three tracks do more than enough flowing and froing to whet the appetite for an album, so, expectations high, the wait is on.