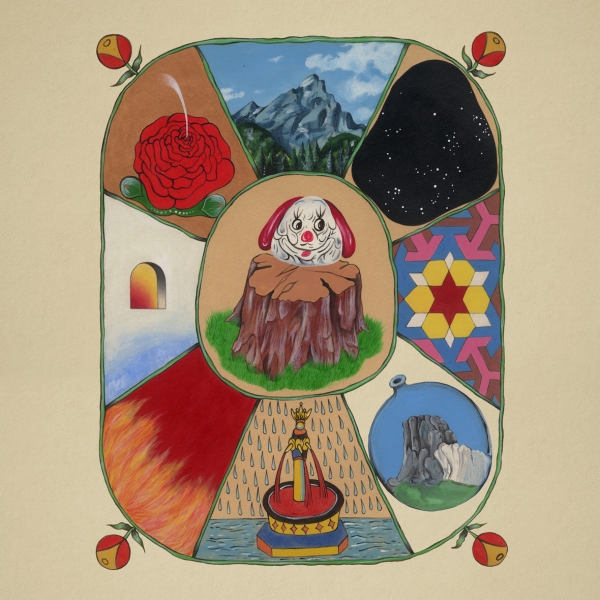 It’s amazing how genres and ‘scenes’ box artists in. White Denim are peddlers of a kind of shaggy, hoarse noise that is closer to classic heavy metal than indie rock, but you’d never find them appearing on the same bill as, say, Blackberry Smoke or The Sword.

And so they remain outliers in the world of indie rock, presumably due to the significant debt their sound owes to Thin Lizzy and Lynyrd Skynyrd, Humble Pie, T-Rex and the MC5. The darkly comedic aspect of all this genre-policing is that White Denim would probably be much richer, and more well-known, if they had been accepted by the hard rock and heavy metal community in the first place.

They blast the record open with the darkly seductive glam of “Magazin”, which rolls like Bolan, punches like Cream and glides like Bowie. The taut but supple rhythm bounces and bobs along, supported by saucy chords and jaunty brass. After a couple of minutes, a head-banging strut appears front and centre, and you’re left waiting for a ripping guitar solo that never appears. Restraint never sounded so good.

Despite the record only being nine tracks long, there’s plenty to get to grips with. The oft-touted Thin Lizzy gallop that White Denim have mastered appears on the title track, which sizzles and pops in all the right places. The double-thick groove of “Double Death” is by turns succulent and juicy, then tougher than a two-dollar steak. “Moves On” blasts out of the speakers like the MC5, all frazzled squall and burnt edges.

“It Might Get Dark” is a rabble-rouser that splits the difference between Rock and Roll Over-era KISS and the Allman Brothers Band. The loose, woolly hip-shaking rhythm bops and bubbles under tasteful wah-wah guitars and a distinctly odd-ball skronk. Closer “Good News” introduces some blue-sky country vibes to the album, which serve as aural palette-cleansers after the grot and grime of the previous eight tracks.

They probably have the Black Keys to blame for their ‘indie rock’ pigeonholing – Dan Auerbach did a lot of this a lot earlier than these guys. But that’s not to say that he did it any better, or that it sounded more authentic coming from him.

Performance is, thankfully, anachronistic to the point of absurdity – if you close your eyes anywhere in this record, you’ll be transported to somewhere deep in the '70s, where there are no genres because nobody really cares about that kind of nonsense. There’ll be people sprawled on the floor waiting to turn Electric Warrior off to put Jailbreak on, with KISS and Zappa patches on their jackets. Some will be wearing cowboy boots, some wearing Chuck Taylors. And they’re all wearing white denim.