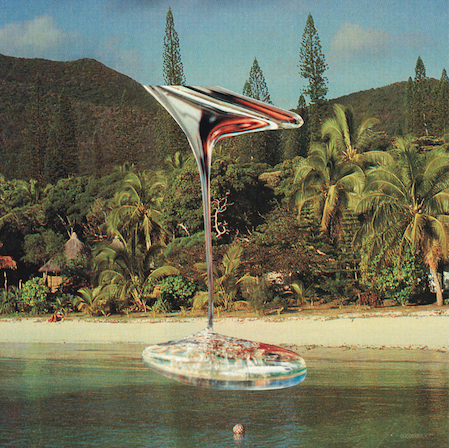 When Harm Coolen and Merijn Scholte Albers released their self-titled debut back in the summer of 2016, Pitchfork touched on the pair’s accessibility while specifically noting the importance that they premiered on a label such as Kompakt: “Every once in a while an electronic record comes along that is both so strong and so obviously appealing that it can’t help but end up in the hands of people who otherwise own no records from labels like Kompakt, Hyperdub or !K7.”

Their observation was justified. While the German label is home base for promising up-and-comers that stretch the idea of techno, electronics, and ambient works, it also homes vets such as Axel Willner and his mainstay as The Field and even more notably, its co-founder, Wolfgang Voigt’s GAS alias. The Weight, Weval’s sophomore LP serves as an extension from their debut and a bright spot for Kompakt’s catalogue where the duo succeed in redefining the gap between the definitions of obscure and conventional music.

One part of what helps The Weight achieve its accessibility is sound engineer, David Wrench’s contributions. A man whose worked alongside successes like Frank Ocean, Caribou, FKA Twigs, and The xx – a lot of The Weight could easily fall in line with any of the aforementioned, some more than others, but with Wrench’s touch intact, it’s not necessarily a shock what the LP produces and how its songs are structured and achieved, but despite its slight tinge of predictability that follows, it’s Coolen and Albers’s sophistication and tact that make The Weight something memorable. As their new batch of songs build on themselves, it’s partly an LP of slow-burning tracks, those of which focus on texture, but not giving into expectations of the definitions that surround their genre. Some of its songs remain static, hanging in space while the select few bustles with motion and groove. All in all, Coolen and Albers have a comprised a cohesively-inspired, dreamy techno follow-up. The third single and opening title track is an ideal intro – a song that could easily position them in the scurry of various summer festival circuits. But better yet, Weval seem more fitting for hosting late night after parties, hulled up in a dark club somewhere into the wee hours awaiting daybreak.

The warbling synth of LP highpoint, “Are You Even Real” hums and pulsates, eventually blooming into grand reverie – but while The Weight’s tone is generally laid back, tracks like “Heaven, Listen” shouts to Norwegian producer, Lindstrøm, specifically his collaboration LP with singer Christabelle back in 2010, Real Life is No Cool. Its sleek and sexy funk visualizes neon-lit discotheques in a city or on a beachfront somewhere. “Someday” pays homage to Flying Lotus with its rhythmic experimentalism whereas “Roll Together” catches you in its hypnotizing trance. From its collection of songs, The Weight fits snuggly in line from its paradisiacal snapshot cover adorned with lush emerald-colored palms and a glossy, mercury waterfall – Weval have accordingly taken conceptions and flipped them, contorted them, and are breathing new life into a genre that has a reputation to become trite.

“Look Around” dashes with quick, intricate percussion; it’s an alluring, spacious track that’s easy to sink into before being met with blinking, chaotic electronics funneled behind deep bass thumps. Similarly to what Darkside achieved with Psychic, Weval too, delve into explorative, drifting atmospheres. They’re re-thinking and reshaping through various outlets and mediums, whether that be simple vocal effects or how to translate and reimagine production quality in new, inventive ways. Although Kompakt is Weval’s home, to categorize The Weight with a techno or even an electronic tag isn’t necessarily an accurate portrayal. Coolen and Albers define it so much more – sure, they incorporate elements of those genres, but it’s a small fraction. Whether its sprawling influences from IDM, pop, funk, ambience, or even the nostalgia of the past, Weval have confidently stamped their mark early in the year as a duo who’re capable of absolute assimilation.

For example, “Heartbreak Television” sounds awfully like Darkside. Specifically its distorted vocals and hexing aura…it could easily pass for a Psychic B-side. But while a track, which makes you yearn for Nicolas Jaar and Dave Harrington to unite for one more go-around, it still stands as a track that’s uniquely itself. Albeit, even despite the slew of name you can attach to The Weight, it’s an LP that never feels like it’s ripping off its predecessors, not once. Coolen and Albers are configuring too closely, they’re analyzing the fine print under a microscope…and, they have each other to bounce off of as well.

The Weight close out with “Who’s Running Who” – a relaxed, drifting sendoff. Coolen and Albers bend sound with buckling, warm synths that manifest into feathery strobes of electronic bleeps and blips. It’s not something that far off from what we’d expect from Tame Impala in some regard – its polished production, its psych-pop semblance…it wouldn’t be a shock to hear Kevin Parker’s vocals come shining through. But here, Weval execute what they do best: taking a genre and readapting it as a guerilla duo. It’s a formula not just re-tweaked, but an electronic force injecting a span of genres with thrill and clarity. That forward-thinking is evident on The Weight – a proper extension where Weval make the crossover that much more reachable.