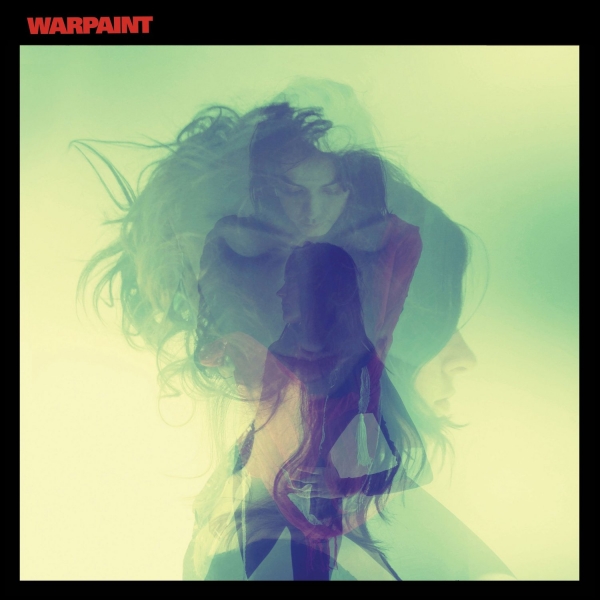 Perhaps the most striking facet of Warpaint’s second full-length LP is the length of time it’s taken to get from their synapses to their fingertips to tape and to our ears. After 2010′s The Fool, the band were secured passage straight into the coven of critical darlinghood, ascending further than many artists do on the back of comparatively small morsels of music. You’d think they’d be swollen with adrenaline, eager to ravage the studio once more – but nothing concrete ever surfaced. Maybe it was pressure; maybe there were other things focusing their attention; maybe they were just creatively constipated.

After three and a bit long years in the dark, the quartet of LA artisans surreptitiously slipped back into earshot via a Calvin Klein ad, straightaway re-assuming their roles as almighty dreamweavers and shamans of smoggy alt. pop. We knew that another Warpaint record was on the horizon as far back as 2011, but there was nary a bean of solid fact to pinpoint an actual release date, just a cacophony of smoke and mirrors. But it’s here. Finally.

Their eponymous album opens (logically) with “Intro” – a track that points to a hazier path imbued with danger and post-rock. Sounding like a devilish mix of Godspeed and M83, there’s scarce harking back to the past, and any signifiers that this is the same band are formed from the textural delights that make Warpaint, Warpaint. The foursome slip into “Keep It Healthy” with no warning, blurring the boundaries of the cuts. There’s the faintest whiff of Spanish folk underneath crooked, raven-cloaked shoe-rock, mostly in their obscure percussive choices and rhythmic flamboyance. Guitars duck and weave, tangoing, tantalising and teasing, but never fully committing to any big statements; Warpaint have stressed recently that this is a “sexy” album. It’s also a thoroughly haunting one.

Comeback single “Love Is To Die” is enormous, with a thumping bass riff from Swim Deep’s objet d’amour Jenny Lee Lindberg front’n’centre. It’s atypically calico – stark, unbleached and endearingly simple. The track’s chorus, swaddled in hesitant desperation – “Love is to die/ love is to not die… love is to dance/love is to dance,” – juxtaposes the scalding brilliance of hopeful fretwork and an agitated vocal performance from Emily Kokal. The other previously displayed effort on Warpaint, “Biggy”, veers more towards digital realms. Cavernous robotics, cycling infinitely, creak below the clarion pipes of Kokal – it’s a more unnerving, and in a way less traditional offering from Warpaint. The normal smothering mist of layers has dissolved (mostly), and the result is a gaunt, twisted take on Zola Jesus’ goth opera.

There’s been a hefty dollop of growth between The Fool and Warpaint. Guitars, whilst still forming the bedrock of their sonic identity, are less vital to the melody and body of the music. There’s a lot more electronics and pedalboard wizardry, which tend to mask the cleaner axe sounds. Warpaint‘s also a lot more confident, and instead of being tucked up inside anxiety, the band soar in opposing directions, dabbling in disparate genres or digging into a wild tangent. The gaps are all filled in. In a way, it seems more polished, but not to the extent that they jettison their raw streak; it just feels more whole than The Fool.

Much of the album works off the two main environments of sexy and spooky, like on “Disco // very”, with it’s M.I.A.-esque bratty howls and North African tinges, The xx-doing-sleazy funk ditty “Feeling Alright” and ’90s synthpop paean “Drive”. While each of these songs capably freaks you out, they can also flash flirt-sodden smirks. It’s tantric. But, even though the atmosphere of the record barely wavers, the methods are varied – Warpaint have utilised a broad spray of genres on Warpaint, from military dirge on “Son” to foktronica on “Teese”, to sculpt the blanketing tones. Each track may end in a similar location, but they all take different routes.

It’s a different sound on Warpaint, that’s for sure, and though it’s friskier and more malevolent in nature – possibly even more damaged and/or emotionally ruptured – they’re far more open. There’s an accessibility, an empathy for kindred feelings. The Fool wasn’t exactly withholding in its trauma, but there’s an evident shift. Mostly though, the evolution is centred around the instruments, soundscapes and composition, where they’ve gone from brittle pop-rock to an expansive palette of swooning dreampop, world music and electronica.