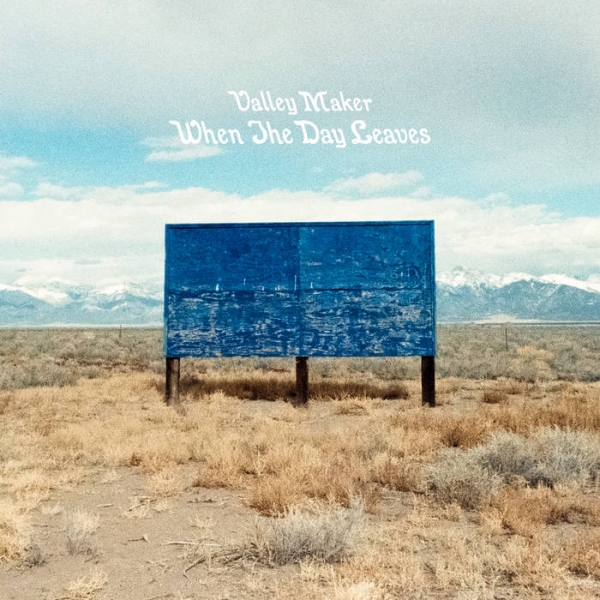 Relocating to his native South Carolina since the release of Rhododendron three years ago, Valley Maker’s Austin Crane, alongside his family, have had to readjust to a social and topographical landscape far-removed from that of Seattle, the troubadour’s home for the previous decade. Such pressures, both personal and universal, bear down upon this fourth LP, compounding the apprehension and excitement prompted by transition with a host of broader anxieties symptomatic of the age.

When The Day Leaves figures as a score to moments spent in direct dialogue with issues of temporality and the natural world, an invitation to drift off the radar into the wider wilderness; superficial barriers shed in confronting deeper truths. Not to say such elements were less observable on previous efforts - a pared-down rusticity has remained an ever-constant thread – but an embracing existential weight is palpable, elevated by the pastoral strength of Crane’s songwriting. When I Was A Child bore a similar intent to explore spiritual and philosophical terrain, yet a gravitas is bound-up in Valley Maker’s latest that sees coming-of-age substance lent resonance; a luminosity that bleeds through each chord and refrain.

A maturity, in this respect, can be found in Crane’s marginally more rugged vocal timbre, lending further emphasis, on an audible level, to the themes of renewal and transformation. The return of longstanding collaborator Amy Godwin, on additional vocals, further reinstates the finely balanced harmonic structures that have proved a beguiling feature under the Valley Maker moniker. Drifting with the undulating piano and acoustic cycles gracing “Instrument”, the pair feel organically attuned, continuing through the ineffably idyllic “Mockingbird”; encapsulating a link between nature, art and human relationships: “When I met you I caved in / Want to be loved / Want to be a friend / Project a masterpiece / Go and plant my favorite tree”. “Aberration”, with its glistening arpeggio scale, similarly glows with an Arcadian quality, one that is inverted via “On A Revelation” in its snaring guitar junctures.

With the album’s genesis in-part shaped by sessions spent shadowed by the Pacific Northwest’s Cascade Range, Crane intersects between the environment and his own unique experience in a holistic, overarching fashion. Born out of a phase defined by flux, When The Day Leaves is, in many respects, Valley Maker at his most unified, yielding highlights that stand as some of the strongest in Crane’s catalogue of work.