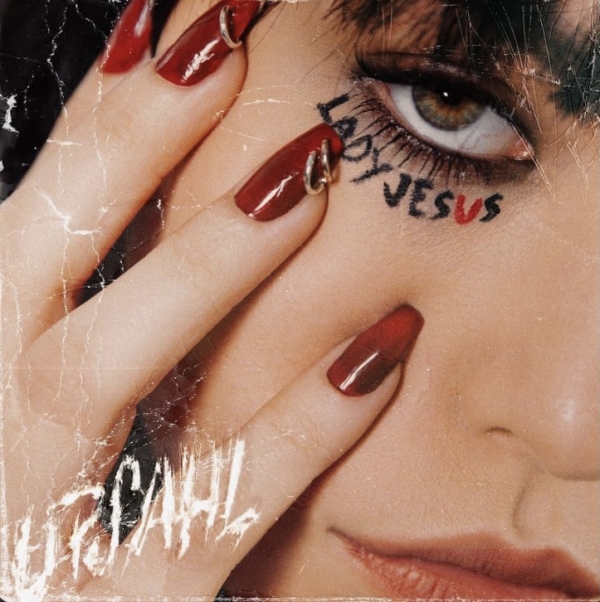 For an artist with writing credits on Dua Lipa’s 2020 dominating Future Nostalgia, UPSAHL’s own line of relentless, attention demanding pop-pop manages to channel the same infectious energy as her predecessor. Lady Jesus is an intense debut stream of uptempo hits that refuses any moment to sit down, and for the most part, delivers in style.

Starting in confident, if unambitious fashion, with “Douchebag”, it's a concise, neatly packaged ‘f*** you’ to an ex-partner. So poppy in its production and lyrical content, the song appears as an homage to the early noughties’ landscape. With Lavigne-inspired lines - “the story all started when a boy meets girl” - and even Smash Mouth-derived riffs (see the melody and chord progression to ‘"I wanted us to end up as friends").

The next three songs - all singles, all surely hits - provide the best moments of the album. “Melatonin” - the most Dua-influenced track on the record - goes from atmospheric ballad to head-bopping banger in seconds. “Time of My Life” is a similarly irresistible number that introduces slightly darker images of depressed youth, before fourth track “Lunatic” knocks you sideways. Sounding like Doja Cat’s “Boss B*tch” on steroids, UPSAHL’s version is frenetic, violent, fresh, and has the potential to be very, very big.

Following tracks “Thriving” and “Notorious” do manage to maintain some of the energy of these first four singles, but it is around this midpoint that the album struggles with progression. These two lively tracks are followed by a more forgettable duo - “IDFWFEELINGS” and “Sunny D”. The latter, featuring a tidy vocal performance from Elijah Noll, tries too hard to be a hit - with its hook - "Marijuana hit me harder than a tidal wave" - verging on corny. Final tracks “Last Supper” and “Lady Jesus” introduce half-baked religious imagery out of nowhere, but do pick up the pace, and provide a fittingly defiant end to the album with a memorable post-chorus - “We all know God was a baddie / But so is Jesus, amen / Shit, a woman.”

Whilst every song could be a single, it's the four that open the project that showcase UPSAHL's position as an exciting young artist on the cusp of really breaking out. The momentum is certainly building, and UPSAHL's time is surely coming.