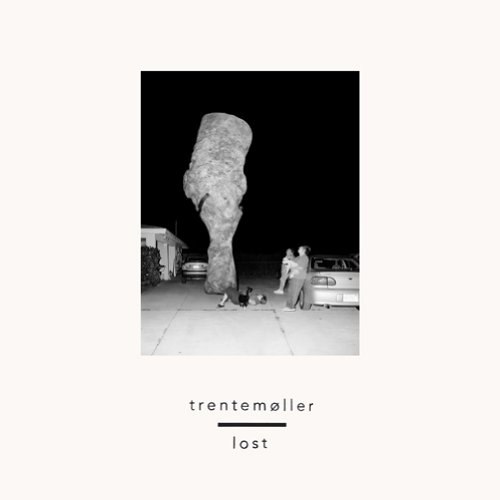 Danish producer Anders Trentemøller has hinted at long playing greatness for some time. Previous albums, 2006′s The Last Resort and Into the Great Wide Yonder four years later showed promise, but an over reliance on moodscapes meant they meandered at times, resulting in a lack of cohesion despite containing great standalone tracks.

Lost does not suffer from this problem; it’s a fully functioning collection that shows an impressive breadth. This is the first album where he’s used a band aesthetic to create the songs, many of which contain guest vocalists, which releases him from the limitation he previously faced as the choice of collaborators complement the sounds perfectly. The transition from atmospheric house to Krautrock-tinted electronica sounds like it was an easy move to make; this is a collection filled with highly complex sounds, more theatrical, more organic, less synthetic and at many points, really rather beautiful.

2013 has seen his stock rise considerably after supporting Depeche Mode on this year’s Delta Machine tour. Keeping company with the electronic rock behemoths has obviously paid dividends, as tracks such as the instrumental ‘Still on Fire’ has Martin Gore’s inimitable influence coursing through its veins. The murky beats and gothic bass have you expecting Dave Gahan to appear musing about religion or death – it even contains Gore’s signature four note key change. After three underwhelming Mode albums with Ben Hillier at the helm, they should be looking for a new producer for their next album – and if this is Trentmoeller’s audition; the two acts are made for each other.

Lost begins with the beat free warmth of ‘The Dream’ featuring the dreamy, almost country sounding vocal harmonies of Alan Sparhawk and Mimi Harper of Low, an ethereal lullaby of an opener, despite its minimal approach, it makes perfect sense to begin at this point.

‘Gravity’ featuring the croon of Jana Hunter of Lower Dens, is glitchy electronica with intricate beats, similar to that Nigel Godrich’s work on this year’s Atoms for Peace album, but less cluttered, with its festival winning “Oh oh oh oh oh” refrain as a chorus and its ending on a gorgeous array of Brian Eno-like atmospherics and a blast of live brass instrumentation. ‘Candy Tongue’ is equally as enticing, a hushed tone of calming intimacy, the twang of Adrian Utley-influenced slide guitar work and the longing vocals of Marie Fisker enveloping its unconditional love over you.

There’s more glitch on show with ‘Never Stop Running’; featuring Johnny Pierce of The Drums, it’s a cross between the theme tune of Tales of the Unexpected and Kid A-era Radiohead and a chorus bigger and higher than the sun. Equally as powerful, ‘River of Life’, featuring fellow Danes Ghost Society is a thriller. Gothic bass, skeletal post-punk guitars with urgent processed rock drums make this a shattering shot of electro rock in the vein of modern day Mary Chain-influenced gazers such as A Place to Bury Strangers.

The highlight, however, is jaw-dropping. ‘Come Undone’ (featuring Kazu Makino from Blonde Redhead) is a swooning piano led hyper ballad. Synths that sound like musical tears and Makino putting in the kind of vocal performance that could break a thousand hearts, it’s a show stopping moment of musical majesty that will enrich the ears of all lucky enough to hear it.

There is nothing better than hearing an artist reaching the apex of his power. Trentemøller arrives at that point with this album taking its rightful place amongst the best electronic albums released this year with comparative ease.