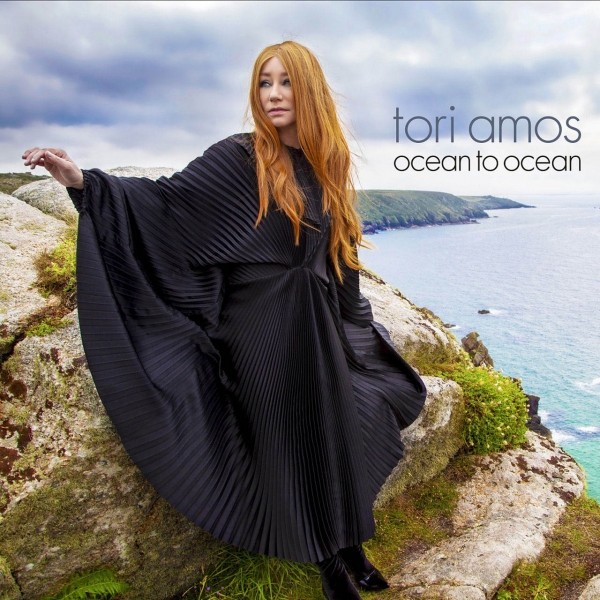 Can great art only emerge from great pain? It remains one of the most divisive questions within the music industry and there are numerous artists whose entire life’s work can be used in favour of, or against, this argument. Tori Amos’s work can be used to both ends; her searing debut Little Earthquakes captured her at her most misunderstood and isolated - battling self-hatred, societal misogyny and sexual trauma. Her follow-up Under The Pink, however, offered a visceral moment of catharsis; unshackling herself from past burdens, looking up and reminding herself that, all in all, it’s been a “pretty good year”. At both her most vulnerable and her most optimistic she sounded great.

Amos’s newest LP, Ocean to Ocean, arrives four years after it’s predecessor Native Insider. In that time, the world has changed beyond recognition and Amos, like the rest of us, has been forced to battle with trauma resulting from the pandemic and ensuing isolation - but has also had to deal with the personal trauma of losing both her mother and best friend in 2019. The emotional centrepiece of this album - lead single “Speaking With Trees” - explores both simultaneously; referencing the ashes of Amos’s mother, which she hid in a treehouse in Florida (and was unable to visit during lockdown). Like her best songs, it features mystical lyricism alongside left-field arrangements and instrumentation (most notably an addictive guitar lick during the pre-chorus). However, it’s most affecting moment occurs in the song’s most sincere, wounded line: “Don’t be surprised / I cannot let you go”.

Much of Ocean to Ocean opts for this style of forthright song-writing, over the surreal world-building that has traditionally defined her work. Album highlight “Swim To New York State” deals with the aftermath of a friend moving away; capturing the pain of rootlessness but also the enduring beauty of a relationship that transcends physical distance. Amos cycles through all the places she’d like to go to with the person in question (“There’s a rockpool we can dive in”, “meet at that cafe”), but ultimately comes to peace with the separation (“I had to face / Life just wasn’t the same”). The song captures the same mixture of heart-break and resilience that made her early work so captivating.

But whereas Amos’s early work felt unmoored by time, Ocean to Ocean feels like it could only have been made now; “I know, dear, it has been a brutal year” she sings on “Metal Water Wood”; the album’s most explicit reference to the pandemic. “29 years”, as it’s title suggests, seems to reference the 29 years between her debut album and now. Meanwhile, the title track offers the most politically charged and unmistakably of-our-time statement. “Ocean to Ocean” demonstrates, once again, why Amos is such a powerful writer; “There are those who don’t give a Goddamn / That we’re near mass extinction” she sings at one point, referencing the role of uncaring elites in the current climate crisis. But, within the course of one line, she expands her sights: “There are those who never give a Goddamn for anything they are breaking”. What was just seconds ago a relatively straightforward examination of the climate crisis, has now turned into a takedown of all of society’s breakers; all the way from the rich and powerful inflicting environmental destruction to all the exploitative men (who have long been the subject of her songs) who think they can violate women in pursuit of their own desires.

Ocean to Ocean ends up being Amos’s best album in recent memory for the way it manages to combine the strengths of her early music while incorporating newfound restraint and perspective. Even if there’s nothing here as utterly devastating as “Me & A Gun”, or as piercing as “God”, it’s a joy that Amos can at once be as mystifying and inscrutable as ever (singing of “anonymous” hippopotamus and, aardvarks on the London Underground on “Spies”) while finding newfound comfort and understanding on tracks like “Speaking With Trees”. 29 years on from Little Earthquakes, Amos remains an unrivaled talent, capable of discussing and dissecting the very best and worst elements of humanity without ever collapsing under the heaviness of such themes.