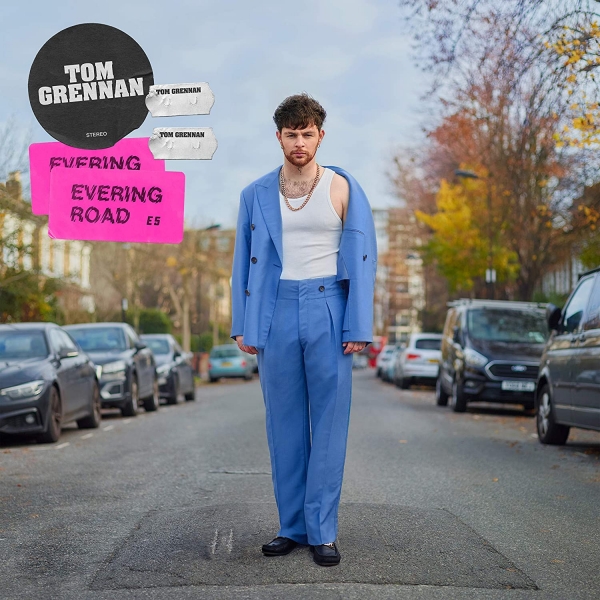 Tom Grennan’s 2018 debut Lighting Matches was a huge success by anyone’s standards. Following up such success means only one thing: returning with a more personal record. Evering Road - named after the London street he lived on with his then-partner - surprisingly isn’t an album dwelling on heartbreak with Lewis Capaldi-style tearjerkers.

If anything, the mood in opener “If Only” is rather jubilant, despite Grennan singing about regrets. It’s a very strong start to an equally strong album. Gliding into “Something Better,” which is just as rousing and uplifting as its predecessor - not quite your standard breakup album protocol.

Current single “Little Bit of Love” charted at Number 2 in its first week and was only prevented from reaching the Number 1 spot, because Grennan's collaboration with Ella Henderson (“Let’s Go Home Together”) was at the top spot. It’s a ‘turn the volume up and sing-a-long’ song if ever there was one and it almost has Everything But The Girl, “Missing” vibes as he wonders what his ex is doing now. It’s definitely a relatable one. “I heard you moved from 22 / Has it been that long? / I guess time just flew”.

Previous singles “Amen” and “This Is The Place” are highlights of the album, as is “Little Bit of Love”. Grennan’s soulful voice really suits a banger and he must know this, because Evering Road is packed full of them. The bangers are what make this album. The slower songs, such as “It Hurts”, are fine but it’s the anthemic numbers which really shine. There’s no doubt that these songs are going to sound amazing in a live setting.

Grennan's music has certainly evolved as he has grown into his style. On Evering Road, Tom Grennan explores many emotions that follow a break-up, such as wanting to ignore phone calls at 3am on “Oh Please” to realising the relationship has reached an ending point in “I Don’t Need A Reason”. This is an album which Grennan must be proud of - and with good reason.