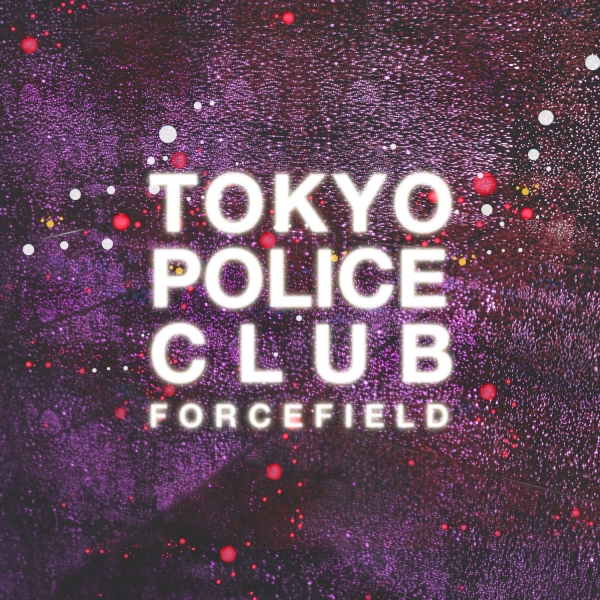 In the three years spent writing their latest album, Tokyo Police Club have seen wave after wave of musical trends pass them by. Yet the Canadian band have never been ones to pander to musical vogue, so says vocalist and bass player David Monks: “There was certainly a lot of pressure to take the music somewhere new… but in the end we blocked all that out and followed our instincts.” Fair play you might say, stick to your guns, do what you do best, if it ain’t broke and all that. After all, there’s nothing more uncomely than the sight of a band licking the arse of a popular fad.

But then again, following instinct is the kind of thing that makes lemmings walk mindlessly of cliff edges. And by the same token, it is the kind of thing that could lead a long-established band tumbling into the abyss of obscurity. The truth is that the guns that Tokyo Police Clubs are sticking to were never all that powerful to begin with, and they’ve been getting rusty in the four years since 2010′s Champ.

What Tokyo Police Club do have in their arsenal however, is the enduring ability to endear. Instead of coming at you with a newfangled weaponry of kalashnikov electro-beats and nuclear meltdown dub, they’re coming at you with primitive power-chords and obsolete drum beats made by real life human man arms. On Forcefield the band charm you into submission with their candid and direct pop-punk, kindling that neglected little part of you deep inside the thick hollow shell that is formed by your outward musical appearances. That fuzzy little part of you that doesn’t really care about musical trends and which catches you off guard when you find yourself tapping your toes to the chirpy happy songs on the Radio. You may not like it, but you’re going to bloody well enjoy it.

The foursome have always operated in the innocuous parameters of sparky, pop charged indie rock, and they’ve upped the BBC Radio 2 playability this time around. Leading single “Hot Tonight” is a delightfully sunny pop ode to drinking in parks and looking at starry skies while not giving a shit about getting your shoes muddy. It’s not poetry by a long stretch and it’s got a riff worthy of being on one of those sunglass-lens filtered Coca-Cola commercials in which you see unfathomably good looking people frolicking about in halcyon fantasy lands. The version of yourself that is a cynical empty husk of a human who posts on social media about how rubbish mainstream conventions are tells you that you should hate this sort of thing, but you really just wish you were there, lapping up the happiness. Even the track titled ‘Miserable’ is a cavorting two and a half minutes of gambolling pop-punk guitars and good vibes. And it is sickeningly catchy.

Although the band are reluctant to step away from their comfort zone of traditional guitar based rock pop, they aren’t afraid to give their instruments a fair good bashing, as exemplified on the bludgeoning “Gonna Be Ready”. Even a little bit of angst breaks through Forcefield’s sugarcoating.”Tunnel Vision” is a popped up garage-punk number bemoaning the paradoxical anxieties of living in the moment, as Monk sings: “nothing is enough and i’m gonna slip away, I might be dead tomorrow but tomorrow’s not today.” The song has a raw stooge-like energy, replete with filthy bass and what sounds like a barking dog emanating from the keys. I thought we weren’t going to try any weird stuff, guys?

The stand out moment on the record has to be the opener “Argentina Pt. I, II & III”, which displays the bands ability to take pop music where pop music has never been before: over the five minute mark. In fact, this eight minute song is testament that a band of any ilk needn’t make love to their instruments in order to fill out a lengthy track-time. Tokyo Police Club manage to keep their clothes on and keep the listener’s interest in tact by chopping and changing from power-chord pop, to hurtling guitar shredding, and finally to slinky Smashing Pumpkins riffs, all in good measure.

Bands of Tokyo Police Club’s breed may be dying out with the shift of interest leaning towards heavily electro-centric, generally moodier musical platitudes, but what Forcefield proves is that sometimes it really is best not to believe the hype. Sometimes doing what comes naturally is as big a risk as attempting to do something outside of your comfort zone, and that gamble paid off this time for Tokyo Police Club. Sadly, however, you can’t help but feel that it’s only a matter of time before they cave in to fashionable demands. Either that, or become completely irrelevant.