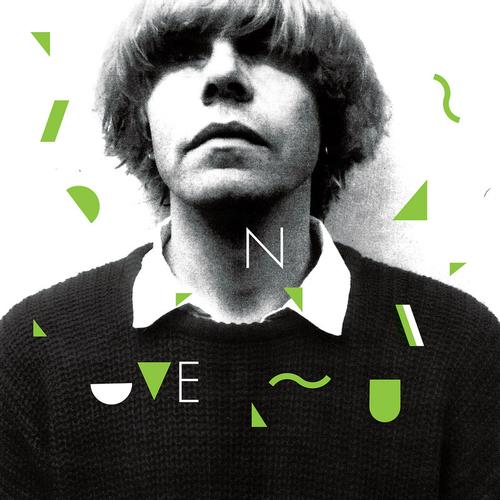 Tim Burgess boldly sheds the baggy trappings of The Charlatans, which seemed to lead him everywhere and nowhere all at once throughout his lengthy musical career, for the plaintive, horn and piano-laden sincerity of Oh No I Love You. Burgess’ second solo album, and first in nine years, is a collaborative effort with one of his musical inspirations, Lambchop’s Kurt Wagner, who penned the lyrics of the Americana-drenched songs, which Burgess himself delivers with a casual, relaxed passion.

The album was recorded in Nashville with longtime Lambchop producer Mark Nevers manning the dials, and features musical contributions from members of Clem Snide, My Morning Jacket, and of course Lambchop themselves. And as disparate and far-reaching as the project sounds, especially given Burgess’ unpredictable tendencies of late, the album has a warm, cohesive quality to it that is at once familiar but also quite refreshing.

The record launches with the vibrant bounce of ‘White,’ which has hints of Metronomy’s buoyancy layered within the uplifting melody and rousing pulse, with Burgess playing it cool on the solemn vocals while letting the swinging arrangements do most of the work carrying the tune. ‘The Doors Of Then’ has an easy, Kinks-like vibe to it, successfully blending Burgess’ unabashedly English sound with countrified twang of the American south.

The nostalgic yearn of ‘A Case For Vinyl’ perhaps drags on a bit too long at nearly seven minutes, but is so packed with wistful sentiment that you get carried away in Burgess’ pained look back at how things have changed around him. Things pick back up immediately with ‘The Graduate,’ a rich, vibrant pop song that mixes a churning electric guitar sound with a decidedly retro, jaunty arrangement that hearkens back to the easygoing days-gone-by suggested by ‘Vinyl.’ The first half of the record closes with the string-laden sobriety of ‘Hours,’ which has a breezy, Wings-like sound to it, but plods along a bit while being bound up in its somewhat derivative arrangements and Burgess’ rather simplistic lyrical delivery.

The second side begins with the simmering beauty of ‘Tobacco Fields,’ which takes a bit too long to reveal itself, but that doesn’t make the grand ending of the track any less stirring. ‘Anytime Minutes’ again taps into the rustic country vibes that course through Nashville, which helps give Burgess a decidedly loose vocal style which suits the song perfectly. ‘The Great Outdoors Bitches’ is a track that is bound to get your attention before you ever even give it a listen, and the playful sonic flourishes augment the number nicely, with the repeated phrase “Everywhere I look reminds me of you” taking on a somewhat caustic feel due to “bitches” being in the title, as if Wagner didn’t want to be made to think of those lingering ghosts from his past as he looked around at the landscape.

The record begins to draw to a close with ‘The Economy,’ which tries to tackle some weighty issues within its bouncy arrangements, with Burgess straining considerably for the high falsetto peaks that the number demands before the track floats away on the retro guitar riff that takes over at the end. The six-minute closing number ‘A Gain’ contains echoes of The Final Cut-era Pink Floyd, complete with the underlying despair. It takes a while to find its mark, but when the choir kicks in, the song has fully sunk its sombre talons into you, as the record austerely draws to a close.

Oh No I Love You is yet another sonic left-turn from Tim Burgess, an artist who still keeps things interesting after all these years. And while the album isn’t without its missteps and obvious nods to familiar influences and styles, Burgess has once again challenged himself by trying something new: bringing a bit of Madchester with him to Nashville, and proudly taking a musical piece of Nashville away with him for good measure.