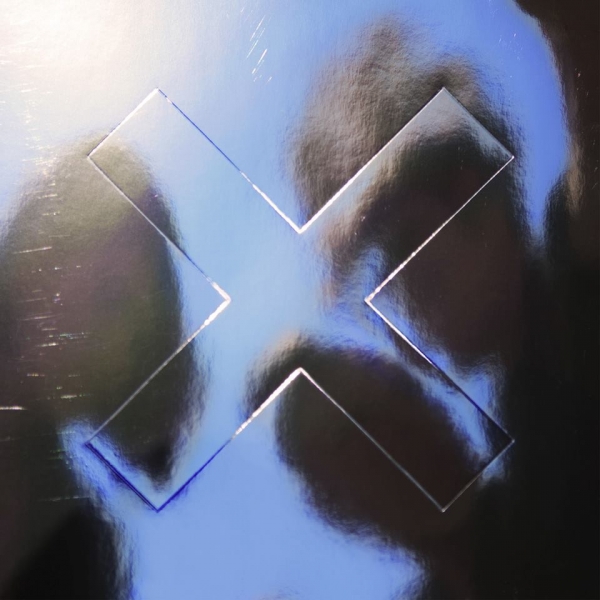 The narrative surrounding I See You, The xx’s third album, tells a story of hurt, distance, excess and maturation. Rather than recoil into the shadows, the album sees the London three-piece fully exposed as they step out of the darkness and into the light, reflecting life’s lessons with a radical new sound that works to varying effect.

The monochromatism of the three piece’s eponymous debut was married in perfect union with its hushed, nocturnal qualities. Whilst consolidating much of the debut’s sparseness, Coexist utilised an ever-growing affectation with club beats and garage shuffles. With its iridescent artwork (arguably reflecting the group’s overarching intentions), the pulsing prismatic lights of late night shows and DJ sets across the world, were slowly being allowed into the music.

With I See You, we are presented with a record built literally to shine and reflect in its physical state. I See You pertinently serves not only thematically as a reflection of the three-piece’s enduring friendship and love’s oscillations, but also sonically as a reflection of In Colour - Jamie xx’s (a.k.a. Jamie Smith) solo exploration into the world of technicolor. The maximal euphoria found on the likes of “Loud Places” and “SeeSaw”, has been transposed onto a record where we find The xx embrace bombast.

The fanfare of album-opener, “Dangerous”, acts as the introductory lines to a new manifesto, keen to be exclaimed. A manifesto, which was initially alluded to in the Hall and Oates-sampling lead single, “On Hold”.

“Dangerous”, much like “On Hold” - with its palpitating 808-kicks and vocoded samples - is striking on first listen, in the context of such previous introversion. Targeting the feet as much the heart, “Dangerous”’ two-step shuffle, disco horns and extrovert bassline have been purposefully designed to pack dance-floors - so much so that they could easily be found on Smith’s In Colour. “Dangerous” is unquestionably excellent but this sonic reflection of much of Smith’s solo endeavours serves as a key dilemma we are confronted with for much of the record. There is now an apparent blurring of lines between The xx as a group, and Smith as a solo artist. As they tread the more maximal path, their tangible, unique innocence and intimacy is slowly lost.

The expansion of their musical palette as well as their exploration into a culture of volume (in quantity as much as audible levels of sound) negatively impacts the group’s natural songwriting style. It is especially within some of the quieter moments where this sea change is most visible. The negative space, with which they used so effectively previously (and at points on I See You), is essentially suffocated at times through overproduction. The intimacy of “Performance”, for example, which features an affecting solo vocal from Romy Madley Croft, is lost to a series of obvious, wistful strings and a sheen of consummate professionalism, which is hard to critique but difficult to love.

Likewise, “Brave For You”, Madley Croft’s extremely personal ode to loved ones lost, finds a disarming vocal and a march of slow hypnotic synths jarringly juxtaposed against reverb-drenched war-drums and a subsequent highly-compressed, distorted vocal at its close. Its luscious finale of picked acoustic guitars, over her melancholic vocal, shows a restraint, which should have been employed further in “Brave For You”.

This focus on the expansion of their sound has also led to some turgid and lackadaisical song-writing. The primary perpetrator, “Lips”, an attempted exercise in lust and desire is ultimately a bloated, clunky and forgettable affair. It marks as one of the first pure missteps The xx have undertaken. Although there is plenty presented throughout “Lips”, including a multitude of percussion fills and sharp snares, none of it particularly sticks with the listener and we are left subsequently with a song overflowing with production wizardry and volume but hollow in terms of quality.

However, when balance is found within I See You’s culture of volume, the record produces some sumptuous material. “A Violent Noise” serves as an interesting proposition. Whilst acting as one of the record’s highlights, its nature - an extension of Smith’s “The Rest Is Noise” - further blurs the aforementioned concept of what and/or who The xx really are. Nevertheless, Oliver Sim’s stunning confessional vocal encompasses a series of soaring trance stabs, pregnant with tension encapsulating his desperate confusion perfectly (“Am I too high? / Am I too proud? / Is the music too loud / For me to hear? / Now I go out / But every beat is a violent noise”). The synths insistently undulate and satisfyingly never break, showcasing an inspiring deftness.

“Say Something Loving”, similarly, marks another highlight of I See You. The perpetual motion of its dynamic, rebounding drum samples complement its tale of longing, affection and disappointment. Its driving chorus, signalled by Sim and Madley Croft’s calls of “It feels so unfamiliar”, matches our protagonist’s racing heartbeat, as endorphins course through their veins, revelling on the "thrill of affection". Furthermore, “I Dare You” finds The xx in pure-pop territory, armed with millennial whoops, to create one of their catchiest songs to date.

When space is utilised effectively alongside their array of new tricks, a beautiful balance is to be found. Graceful and conversational in quality, “Test Me” is a brutally baring duet between Madley Croft and Sim, as they challenge one another - a mirroring of the difficulties encountered in their enduring friendship (“Test me / See if I stay / How could I walk the other way?”). Lyrically shocking with its openness, it breathes a vital intimacy to the record. The coda, a post-rock inspired melange of alien, theremin-sounding high notes, and ghostly choral textures gives an odd, electric morbidity to “Test Me”, before finally closing on a destructive skipping vocal, chopped and warped beyond recognition.

Once the record’s ten songs come to their conclusion, we as the listener are left slightly wanting more. The record passes by pleasantly and there is much to be commended but I See You seldom truly penetrates. Their extroversion is by no means a dead-end and does show ample potential, but analogous to stepping out into the light after a period of darkness, one must become accustomed to the surrounding brilliance. At the moment, The xx’s vision is mildly blurred with sunspots.