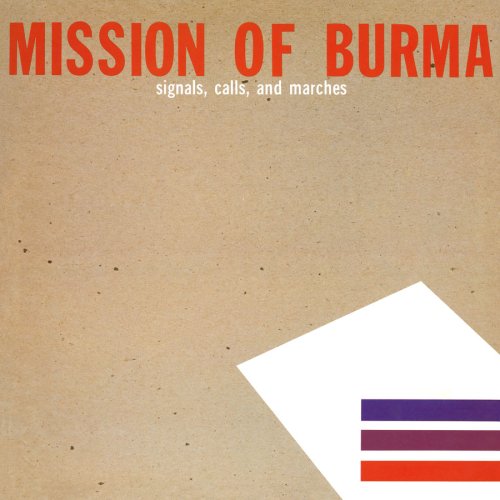 “We always said we never had the chance to suck”.

Peter Prescott, drummer with Mission of Burma for over thirty years – although twenty of them were spent completely in hibernation – is succinct and clear about the reasons why his band’s music stands the test of time. They never got worn out, never tired of each other’s company, never brought in slick production to buff up their sound to gleaming chrome with smooth edges.

As their peers imploded, reformed, imploded and adhered to the law of diminishing returns Mission of Burma – drummer Prescott, guitarist Roger Miller, bassist Clint Conley and tape manipulator Martin Swope – stood idle from 1983 to 2002 having chosen to stop playing due to Miller’s battle with tinnitus. Mission of Burma’s ludicrously loud live shows led to Miller wearing rifle range ear protectors in the final days, before the band called it quits.

I spoke to Prescott at home in Providence, Rhode Island about the reissuing of the band’s first two records Signals, Calls and Marches and Vs as part of Fire Records' Archive project.

When I asked Prescott if the band had any regrets, or felt the hiatus represented a missed chance he tells me “bizarrely enough, quite the opposite! Put it this way, a lot of bands the first couple of records are brutally good. Then as the groups went a long the material got a little less important, the sound got a little slicker. We never had a chance to make that trajectory of ‘oh this is good, this is good, oh this kinda sucks’. We never followed that because we had those twenty years off. We like to follow karma, and karma said that we were supposed to break up – and I’m glad that we listened because I don’t think we’d be playing right now.”

Mission of Burma was – and remains – a band that refuses to be pigeonholed. After forming in Boston in 1979, the trio of players plus Swope (a man ahead of his time in what he was doing with MoB’s sound) released Signals, Calls and Marches in 1981. Prescott describes that debut EP as “kind of a blueprint; we were figuring out what the parameters of things were” and there’s no better description of what the Bostonites were doing on that first record. 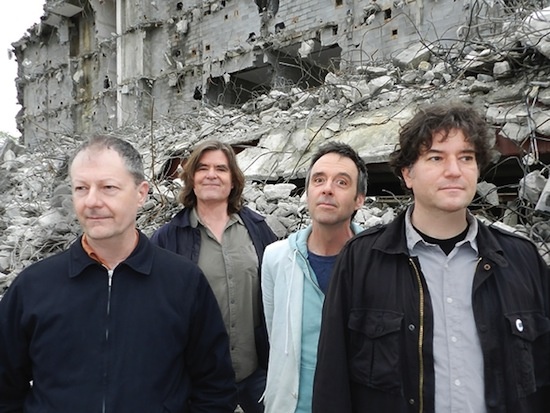 The EP opens with Conley’s driving post-punk mission statement of “That’s When I Reach For My Revolver” (melodic and brutal all at once) and ends with the chorus-less, meandering “All World Cowboy Romance” (which predicts post-rock about fifteen years early) and two more different songs you could not find. Prescott says that the band had “overlapping influences”, with Miller – the oldest of MoB – a huge fan of Hendrix and Pink Floyd, Conley digging The Kinks, The Stooges and the New York Dolls while the drummer described himself as a “suburban hard rock kid” who was into Black Sabbath. You might find snatches of those influences on Signals and Vs, most notably in Prescott’s hard as nails percussion but what MoB took from those artists was their passion and singular outlook.

“The way we looked at punk rock,” begins Prescott, “it meant anything. It’s that idea that punk is what you make it; the notion that punk meant three chords and a Mohawk was always ridiculous to us. If you wanna do that, it’s no problem – but that’s not what we did.” Prescott explains that before Signals Mission of Burma was a band of anglophiles into Wire and PiL, and then when Black Flag and Minor Threat came along in their wake they found themselves in the position of not being quite hard enough for hardcore, and not quite melodic enough to be put alongside the likes of Talking Heads. Caught between genres, Prescott says MoB “zig-zagged where we wanted. Maybe that’s why those records last a little better than other records from that time…because we weren’t beholden to a genre, y’know?”

Originally released as a six-song EP, we find the definitive version of Signals to be ten tracks in length for the Fire Records reissue. This version of Signals now opens with Miller’s strident post-punk anthem “Academy Fight Song” (that repetition of the word “not” still burns with a righteous anger today) and also includes unreleased tracks “Devotion” and “Execution”. Having given up early on ever getting played on the radio, Signals starts to show off: Miller roars and refuses to play the obvious riffs on the likes of “Max Ernst” and “This Is Not a Photograph”, while Conley bobs and weaves with melodic bass and Prescott plays his kit like a proper instrument, not just keeping time but contributing unique drum parts as one-third of this brilliant writing team.

Or one-fourth, if we count Martin Swope. There’s an argument to say that Swope made Mission of Burma a truly unique band. While his influence on Signals is there to be heard, the sound engineer’s tape manipulations and loops come into their own on Vs, the band’s best work. “Martin was already using this huge reel to reel tape recorder,” explains Prescott, “and he was just making loops by himself, a la Fripp and Eno’s recordings. The loops were the music themselves. We heard him doing it, and Roger suggested trying to record something we were doing – like a guitar part – and send it back in. I think the first song he did that with was ‘Einstein’s Day’; we liked the sound and he liked doing it. We needed a sound person too, so he was able to do the loops and the sound. We were kind of a quartet even though it was a trio onstage. This was a time when the mould was broken anyway, so we decided to remake the mould in the way we wanted it….the more we did it, the more he felt like part of the group. His instrument was us, he plays us.” 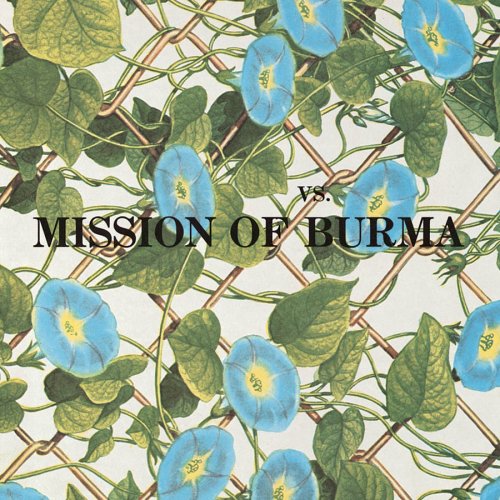 1982’s full-length Vs is Mission of Burma’s defining moment; liberating, brutal and experimental thanks to Swope’s full integration, it’s a record that’s equally of its time and not, living up to Prescott’s assertion as to why MoB and their music stands the test of time. From the moment the tremolo of “Secrets” opens up the album, moving from that shimmer of guitar into full-blown post-punk riffing it’s a special collection of songs. Prescott says that Burma was “an amazing band to be a drummer in” and you can hear it writ large on this opening track. He batters away almost completely out of step with what Conley and Miller are doing, the confusion added to by Swope looping drum parts and layering them back over the track. Avant-garde and entirely pop, it sets the tone.

With the mould broken and the blueprint immediately improved upon, Vs never lets up. “Train” is one of Conley’s best, his trembling voice strained with passion as he sings “how can you pretend to give a fuck” while “Trem Two” finds guitar parts being looped to create a ghostly track that stands as one of Burma’s best chorus-less experiments.

Later in the record Burma hit a four-song peak that’s as good a run of songs as you’ll find on any album. Prescott’s “Mica” is a vicious assault punctuated by Miller’s trademark vocal roars, “Weatherbox” is one of the bands heaviest – yet one of the most melodic thanks to Conley and Miller’s harmonies – songs and wouldn’t be out of place on one of Burma’s post-reformation albums, all low-slung bass and off-kilter loops, “The Ballad of Johnny Burma” is a short blast of pure punk and “Einstein’s Day” is that sort of slow-burning chug which Sonic Youth borrowed for some of their later period work.

Alongside Swope’s engineering, Rick Harte’s production captures the rawness of Mission of Burma that was part of the band’s incendiary live shows. This sounds like three guys playing in a room, complete with studio chatter such as Conley introducing “That’s How I Escaped My Certain Fate” by shouting the name of the track off-mic before launching straight in.

Yet barely a year after the release of Vs, Mission of Burma broke up due to Miller’s tinnitus. To this day there’s no regrets about that decision. Although all members played in other bands, Conley, Miller and Prescott took until 2002 to get back together; after playing some reunion shows Mission of Burma started to make records again. Shellac’s Bob Weston replaced Swope on tape manipulations (Swope is apparently in semi-retirement in Hawaii) and they’ve gone on to release ONoffON, The Oblierati, The Sound the Speed the Light and Unsound. Each record gives no indication of Burma letting up on their brutal sound, giving no hint of the age of the players. Prescott reveals that the band has written some songs for another album, but there’s no timescale yet. The book is not closed on Mission of Burma just yet but as Prescott says “we’re sort of going off on our separate pages”. The end might be in sight, but no-one’s going to have to tell the band this: “If a moment came where we all looked at each other and said ‘this dog is dead’ we would kill it,” says Prescott. “And that day is probably not that far off. We don’t want to play this music badly, ever.”