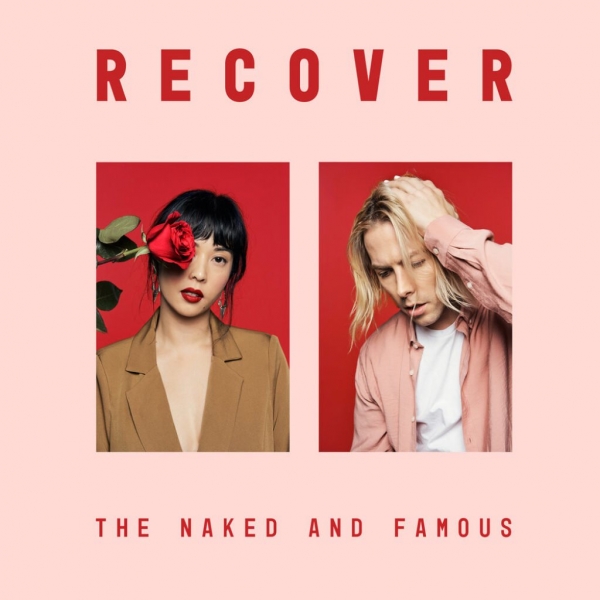 New Zealand indie poppers The Naked and Famous return just in time for the summer with their fourth studio album Recover.

This is bands first full-length as a duo, now comprising founding members Alisa Xayalith and Thom Powers. Drummer Jesse Wood and original member Aaron Short departed the band in 2018 which has given the founding members freedom to explore and expend on their previous records while going back to basics of what made them so successful when they first arrived.

The theme of the album is evident throughout - recovery. From the changes within while being able to creatively heal and grow, and to be a vehicle to plough listeners forwards into their own future and show the power of the human spirit. The messages of healing and resilience are tangible enough to have an effect even on the most sub-conscious level. Title track “Recover” implies this message with the beautiful lyrics “I can’t replace the loss of my mother / I can’t erase the loss of my father.” Fully establishing the tone of the record, although the lyrics could be seen as sad, the musical upbeat nature carries the heavy lifting.

The Naked and Famous have always been purveyors of dancefloor ready anthems, and Recover is no different. Primed to be the soundtrack to these long summer nights, songs like “Sunseeker” and the brilliant “Bury Us” capture the energy and essence of The Naked and Famous’ signature sound while an element of maturity blossoms. “Bury Us” is a standout track that could proves the might of Xayalith and Powers’ pop writing.

Powers’ vocals on “Easy”, singing about healing and longing for someone, keep the flow and interest for the listeners to want to carry on and not give up. “Come as You Are” and “Everybody Knows” are an indie pop love song to the core that keeps the upbeat mood flowing throughout the album. “Well-Rehearsed” is another anthemic song pulling on the heart strings before the second half of the album tackles a slower pace with tracks such as “Monument”, the bass heavy “Death”, “Count on You” and “The Sound of My Voice” finding a good balance from the very upbeat first half of the album.

Finishing off with “Coming Back To Me”, it sums up the journey of recovery and the road they’d laid out across the album. Since bursting on to scene with “Young Blood” all those years ago, The Naked and Famous have proven themselves to be more than well-deserved mainstays in the indie bop world.