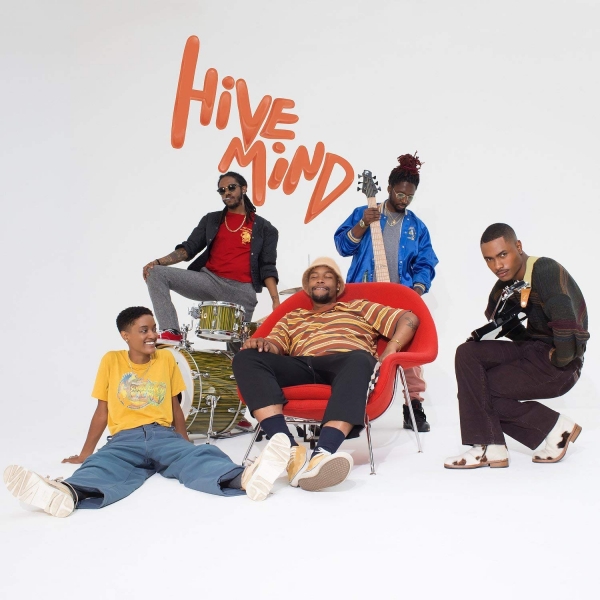 When it comes to SEO-friendly band names, The Internet is right up there with Tennis and Real Estate

You need to be seriously confident in yourself to pick something that’s practically un-Googleable. But the gamble clearly worked for The Internet. Springing from the juggernaut that was Odd Future, this neo-soul splinter group has since snowballed into their own solid collective, helped in part by their fantastic 2015 breakthrough Ego Death.

Their follow up, Hive Mind, is like watching a group of friends grab a few beers, take their instruments out onto their terrace and jam as the sun sets on the world and life continues to bustle away below.

Hive Mind is at once a tale of this group, but also of anyone who happens to come into contact with them. Those people wandering by are as much a part of the group as the members themselves, as though they've opened up the doors to this jam session and passed you a beer. Unlike the actual internet, The Internet in absolutely no rush to get anywhere and is completely content in just putting its feet up. From the first bass notes of “Come Together”, it feels like an album on a slow simmer. And it’s glorious as a result.

Bass riffs loll about in the background while the warm guitars unravel around everything. Nothing particularly takes centre stage. The horns on “Mood”, for instance, never threaten to overpower anything else, simply adding a new texture. Everything seems to naturally fit together, like a jigsaw of a beach in the golden hour. Ego Death was absolutely no fluke then.

Much of this is down to the fact that, since Ego Death, everyone has been pretty busy with their own projects; Syd and Steve Lacy most notably. The former released the fantastic Fin, a slick R&B album that felt darker and more personal than anything she’d done previously, while the latter made a name for himself by producing tracks for artists like Kendrick Lamar on his iPhone.

Hive Mind is essentially these members bringing their individual experiences back with them and letting them all rub up against each other to create something unpredictable and just plain fun. There’s a renewed confidence in each of their sounds thanks to this time forging their own path, with everything feeling tighter than on Ego Death while still capturing that laidback attitude. You can practically hear The Internet grinning from ear to ear as they throw each of their elements into the stewpot.

Syd, as primary songwriter and vocalist, perhaps makes the most notable contributions to the record. Whether she’s lamenting lost loves or chasing a woman, her lyrics are vague enough for you to attach your own meaning to them but solid enough to feel like they belong to her. “It Gets Better” in particular, which borrows the language of the project devoted to empowering LGBTQ+ youths who feel lost, feels like Syd using her experiences as a gay black woman to help guide those who do feel lost.

But she still always feels a part of the mix, another texture, rather than something front and centre. While sometimes this might feel like a bad thing, to have your lead vocalist disappear, but Hive Mind feels like an album created by a band, not by Syd, so it makes complete sense. She’s willing to let her words sit back and wait for the listener to come to them, just like every other element.

Hive Mind is a completely apt name for this record as you can feel the connection between the band as the album goes along. They sound more comfortable with each other than ever, willing to let everyone throw ideas into the mix and then seeing how they can make it all work together. A dash of spoken word here, a pinch of Matt Martians’ dreamy synths there, all topped off with Syd’s vocals floating through it all. It all results in a moreish stew of hazy, swooning R&B that’s practically impossible to resist. Welcome to the party. Grab a drink and let’s watch the world go by.