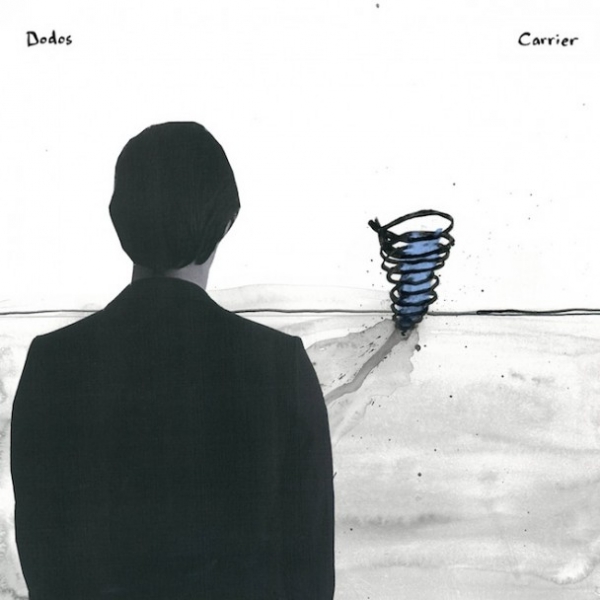 Loss is something so utterly profound that, in spite of every one of us being affected by it and sharing similar experiences, it’s ultimately something so individual that we’ll never quite grasp how it affects anyone other than ourselves. Through music, though, we’re often given an insight into how someone’s feeling through a record or a series of songs. Neil Young and Crazy Horse gave us Tonight’s the Night following the death of guitarist Danny Whitten and roadie Bruce Berry, while Dave Grohl gave us Foo Fighters after Kurt Cobain passed on. We might never find out how the Beastie Boys dealt with the untimely death of Adam Yauch, but we’ve heard countless songs dealing with the loss of a loved one since the dawn of recorded music.

Due to being on an indefinite hiatus at the time, we’ll also never find out how Women felt about losing their guitarist Christopher Reimer, who died suddenly in 2012, after releasing two stunning albums in the form of Women and Public Strain. However we do have Carrier, the fourth album from The Dodos, on which Reimer’s influence is writ large. Reimer joined core members Meric Long and Logan Kroeber as a touring member in 2011 and died just as the band was about to record this album. Long has been quoted as saying “Chris was a huge influence on the way I think about guitar, song writing, and music in general, seeing how he could transform and shape sound with an electric guitar inspired me to explore more tones and use those tones to begin writing a song.” For a band that has a fairly well-established signature sound (Kroeber’s rattling percussion and Long’s amped acoustic guitar), Reimer joining the band from his noisy post-punk work with Women seemed an unlikely union – yet with Carrier we’re given a brilliant taste of how that union might have worked out had fate not gotten in the way.

For the most part, this is recognisably The Dodos who’ve given us the excellent Visiter and No Color albums (plus the hit and miss vibraphone-heavy Time to Die) and it’s their tried-and-tested sound that opens Carrier up with ‘Transformer’. A hushed beginning, it finds Long asking “What is a song? / What is love? / What does a song hold? / Was it love?” in the wake of Reimer’s death. The music is strummed and plucked acoustic tones overlaid with bright electric guitar lines and Kroeber’s – as always – brilliantly judged drumming. The forceful ‘Substance’ is where Reimer’s influence first comes to the fore: powerful drums and focused riffs expand The Dodos’ signature sound to something more electrified than before, and while the lyrics point to loss, Long’s passionate delivery suggests there’s hope somewhere in the darkness as a gorgeous acoustic outtro lights the way.

The key track on the album (and the best), though, has to be ‘Confidence’; it travels along gently on hushed harmonies (Long’s ear for a melody matches that of Grizzly Bear’s Dan Rossen and Ed Droste) and a basic beat before a stunning second half finds the duo ditching subtlety for a searing and scintillating all-out guitars and drum assault – if we didn’t know the tragic truth you’d swear that Reimer was there producing the best electrified jam you’ll hear in all of 2013. It’s triumphant, uplifting, raucous, sad and heart-breaking all at the same time, and no more fitting a tribute than the guitarist deserves. If the album ended there I wouldn’t complain, but we continue to get great tracks: ‘Stranger’ is agitated and insistent, ‘Relief’ is a beautiful pastoral interlude that includes another blinding electric coda and the downbeat ‘Family’ introduces piano to wonderful effect, as Long sings: “success, success is failure / and failure’s assured”. The closing pair of tracks, ‘Death’ and ‘The Ocean’, once again brings Reimer’s death back into sharp focus: Long sings “If I took your place, would it hurt? / Prefer the noise to the song / the words they always seemed wrong” on the deeply moving former, while the latter brings the record to a conclusion on something of an upbeat, if open-ended note, with Long repeatedly asking “why won’t you be where I want you to be?” over beautiful strings courtesy of the Magik Magik Orchestra.

In the circumstances The Dodos could have made an introspective and unwelcoming record, one that took few risks and stuck to the duo’s signature sound – but that would have been a disservice to the influence Chris Reimer clearly had on Long and Kroeber. Instead, Carrier is a joy and we have an album that’s up there with the most moving and stirring records of 2013.